China expert Gordon Chang discusses rising tensions between the U.S. and China after the U.S. consulate in Chendu is taken over.

Critics of President Donald Trump’s foreign policy are appalled that Secretary of State Mike Pompeo, in his landmark address Thursday, effectively announced the end of America’s half-century “engagement” of China’s Communist Party and instead promised Washington would “engage and empower the Chinese people” with “in-person diplomacy.”

“Combined with other recent speeches by Trump officials and a number of actions by Trump himself, it amounts to a cry for war,” writes Fred Kaplan in his War Stories column on the Slate site. “But it is a senseless cry—implausible, infeasible, and heedless of the damage that further escalation will inflict on our own country and its allies.”

Kaplan and others, however, are wrong. There is nothing to suggest Pompeo wants war, and he was absolutely right to abandon a spectacularly unsuccessful approach to China.

Moreover, “further escalation” of tensions works in America’s favor if it means Washington ultimately reduces the scope of ties with Beijing.

For decades, the U.S. worked overtime to cooperate with and support the Communist Party, but Washington only emboldened its worst elements. Moreover, by failing to back up warnings and protect its interests, Washington legitimized those elements by showing everybody else in Beijing that provocation, belligerence and aggression in fact worked.

For instance, within months after the Obama administration failed to defend Scarborough Shoal from Chinese encroachment — the White House hoped to avoid further confrontation — Beijing ramped up pressure on other South China Sea features belonging to the Philippines, began to build artificial islands in the Spratly archipelago, and turned up the heat in the East China Sea over the Japan-administered Senkaku islets.

America’s disastrous track record was not lost on Xi Jinping. The hardline Chinese ruler is now fast pushing China back to Mao-like politics and economics, is relentlessly attempting to dismember neighboring states, is stealing hundreds of billions of dollars a year of intellectual property, is trying to subvert other societies, and is implementing minority policies constituting crimes against humanity. In addition, beginning late last year he took steps that inevitably led to the spread of the coronavirus beyond Chinese borders and is still impeding efforts to control the disease.

Those who seek to work with China — the line we hear is that the world needs Beijing’s cooperation to solve global problems — downplay the destructive nature of Xi’s actions. Unfortunately, it is not possible to co-exist with a regime that President Nixon worried would become a “Frankenstein.” 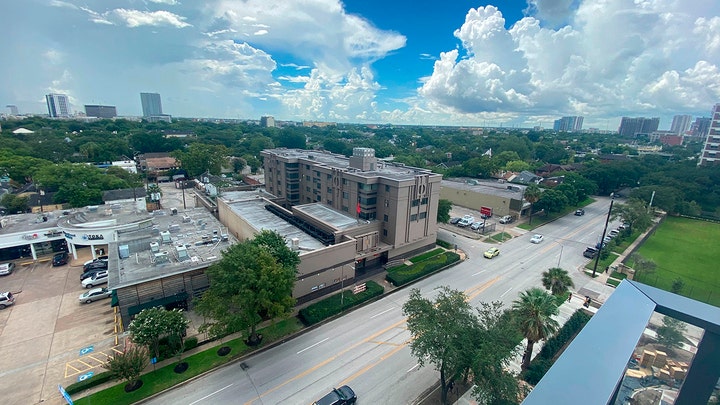 Communist China is not, as analysts tell us, merely engaged in one of history’s many boys-will-be-boys contests for dominance. It seeks to overthrow the current international order, established by the Treaty of Westphalia of 1648, and put in its place a system of worldwide Chinese rule.

Moreover, there is not much hope that relations will improve with a China dominated by Xi. The party-state he leads is not capable of reform.

In these circumstances, Mr. Xi is leaving the rest of the world with little choice. By far, the best policy for protecting America — perhaps the only realistic course of action — seeks the reduction of ties to reduce vulnerability to Chinese predation.

The Trump administration’s closing of China’s Houston consulate, a known hub for spying and other dangerous activities, was an important step.

In retaliation, Beijing ordered the closure of the American consulate in the western city of Chengdu. Analysts say consulate closings generally work to Washington’s disadvantage. The theory is that China is a relatively closed society so America has greater need for diplomatic outposts in China than China has need for them in the U.S. There is, of course, logic to that argument.

Nonetheless, there are reasons for the U.S. to seek a dramatic scaling back of diplomatic facilities in both countries. First, China in recent years had become unusually bold in its use of its five —now four — consulates in America and its embassy for grossly inappropriate activities.

Beijing, for instance, has become aggressive in its use of consulates for spying, as was made clear in a briefing conducted Friday by unnamed State and Justice Department officials along with a “senior U.S. intelligence official.” Even China’s ambassador to the U.S., Cui Tiankai, was caught, along with a diplomat from the New York consulate, in trying to surreptitiously recruit genetics researchers.

Moreover, Beijing has used its consulates for Operation Fox Hunt, an effort to coerce the return to China of Chinese who have fled, and the strict monitoring and inappropriate mobilization of Chinese students. Both activities violate U.S. sovereignty.

Second, Washington must do a better job protecting American diplomatic personnel in China and the best way to do that is get them off Chinese soil. Beginning spring 2018, mysterious sonic attacks caused brain injuries to American diplomats stationed in the Guangzhou consulate. Beijing denied responsibility, but in China’s near-total surveillance state no one could launch such attacks without the authorities knowing about them.

Beijing has been engaged in taking hostages of foreigners recently — most notably, Canada’s “Two Michaels” and a number of unsuspecting Americans caught by exit bans — and it is not inconceivable that arrogant Chinese leaders will go after American diplomats as well.

Third, U.S. consulates support American companies, and they should not be in China in the first place. These businesses, for example, provide revenue to a regime that uses the cash for malign purposes, many of them directed against the U.S. Why should Americans finance China’s malicious campaign against America?

Fourth, the more American policymakers pursued China, the worse China’s behavior became, so cutting links might actually encourage Beijing to act more responsibly. As in any relationship —business, personal, diplomatic — the party with less interest in maintenance of it has the greater bargaining power.

It is true, as is endless repeated, that the Sino-U.S. bilateral relationship is the most important one in the world, but America needs far less contact with China. Much less.