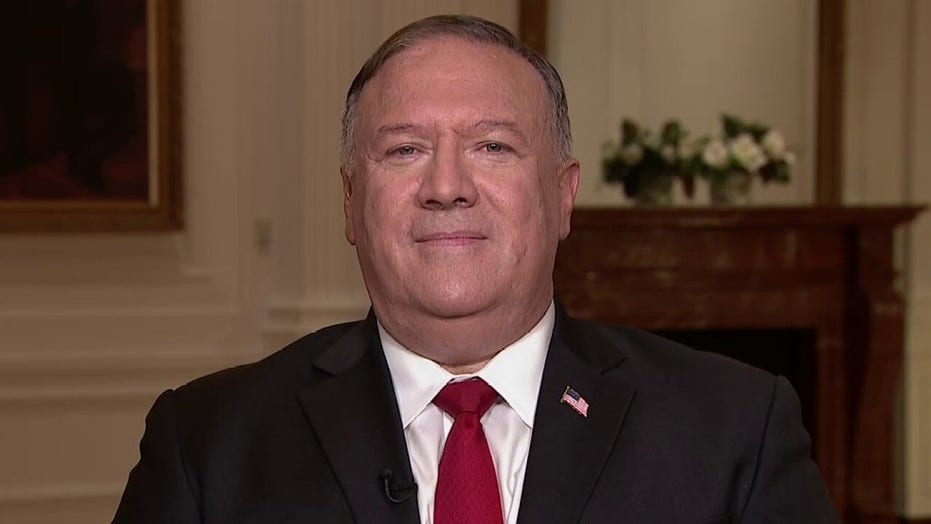 Pompeo on importance of protecting Americans from Chinese espionage

This week smoke billowed from the courtyard of the Chinese consulate in Houston as employees burned sensitive documents. Typically, consulates carry out services such as issuing visas and engaging in cultural exchanges. But the Chinese Communist Party (CCP) outpost in Houston was far from a typical consulate.

Instead, the consulate served as a front for the CCP and a central node in the massive spying operation that China uses to undermine the United States. This network carries out all sorts of espionage — political, defensive, industrial, academic, and commercial — to try to gain a strategic edge over the U.S. by cheating and stealing.

America’s adversaries, including China and Russia, use their consulates to conduct all sorts of nefarious activities. For the CCP, the Houston consulate served as a base of operations to exploit commercial joint ventures for state purposes and to gain access to advanced technology, proprietary information, and intellectual property in order to advance Beijing’s efforts to undermine U.S. economic and national security.

MARTHA MACCALLUM PRESSES POMPEO: 'ARE WE IN A COLD WAR WITH CHINA?'

Critically, the Houston consulate covered China's activities in seven states, including my home state of Florida.

The Chinese diplomats had been involved in stealing scientific research, as well as facilitating travel to China using falsified paperwork. The consulate also had used CCP-controlled community groups to cultivate Texas elites. And considering this occurred in Houston, the malign Chinese activity likely involved theft and espionage connected to the U.S. energy and health care sectors.

The Trump administration’s decision to shut the consulate down is exactly right and sends a strong message to China, Russia and other adversaries that this illegal espionage will no longer be tolerated.

This isn’t the first time the Trump administration has had to deal with this sort of behavior. Just last December, it was forced to expel two Chinese Embassy officials on suspicions of espionage, after they were caught attempting to access a sensitive military installation in Virginia.

We cannot simply ignore the prolific increase of Chinese espionage and political influence operations, especially on American soil. Sometimes a hammer is required to send a message.

As the consular staff members pack their bags, we must also remember that the Houston consulate was a cog in a much larger system of exploitation.

Sometimes a hammer is required to send a message.

The CCP is seemingly unable to conduct international relations without spying, especially on the people the party claims as its own, such as Chinese-Americans — wherever they are and in every facet of their lives.

Chinese espionage and data collection are evident all throughout their diplomatic corps —         from excessive visa application requirements on Chinese Americans, to exerting control over Chinese community organizations, to pushing co-opted Chinese students toward sensitive research areas.

Chinese surveillance and influence operations can be pointed to different ends. Some influence agents are tasked with swaying members of Congress as well as state and local politicians under the auspices of diplomatic relations. Others steal commercial secrets from defense contractors or in important sectors like advanced manufacturing.

The United States has tried to work productively with China to reduce these tactics and mend relations.

For example, in 2015, both of our governments agreed to stop using their intelligence services to steal technology for commercial gain. That agreement lasted just weeks, and the Trump administration made clear to Beijing that Americans would not allow China’s underhanded treachery by indicting three Chinese government-affiliated hackers for stealing economic secrets in 2017.

In the meantime, I will soon be introducing legislation to ban Chinese firms from American capital markets if those companies are found to have engaged in espionage or human rights abuses, or otherwise exist to bolster Beijing’s military.

It is in everyone’s interest for the United States and China to enjoy a balanced relationship in the 21st century. But that future cannot arrive until Beijing adheres to international norms and practices, and upholds its international commitments.