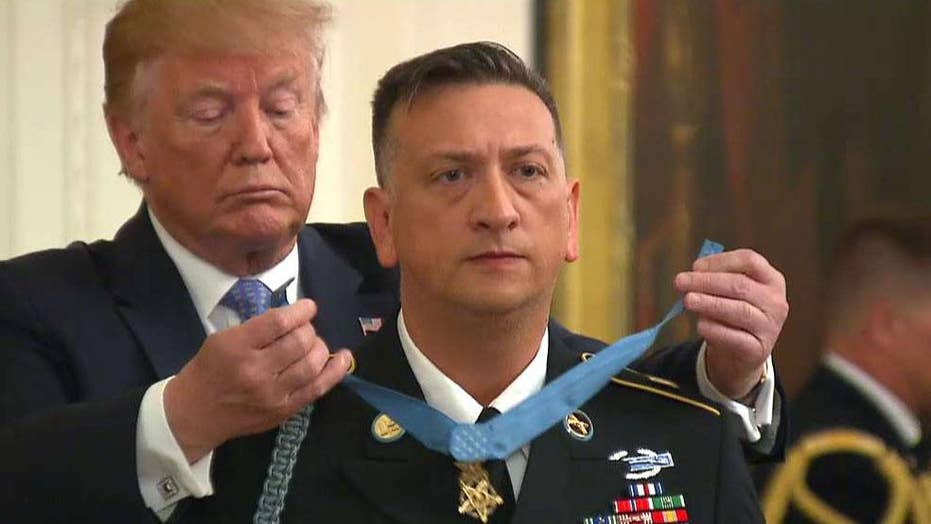 We live in the greatest nation on earth. We have a diverse and dynamic population. We have freedom and liberty unlike anywhere else. We have a system of government that strives to continually improve.

These things would not – could not – exist without the patriotism and sacrifice of every man and woman who has served or is serving in our armed forces. And those who merit our nation’s top honor for valor in combat, the Medal of Honor, embody principles that are central to the character of our nation: patriotism, courage, integrity, commitment and sacrifice.

Only 7 percent of Americans are veterans, and we owe each of them a debt of gratitude for defending and preserving our way of life. Because of the brave men and women who have risked it all on the front lines, I’ve been able to pursue my own version of the American Dream, having had the privilege of helping lead the Dallas Cowboys organization and chair two amazing nonprofits with global footprints, the NFL Foundation and the Salvation Army’s National Advisory Board. But now I – and all Americans – have the chance to give back in a different way to honor those who have given the most for the country we love.

Wednesday is National Medal of Honor Day, where all Americans are encouraged to reflect on the legacies of the exceptional few who earned the medal. But to date, Americans lack a central location to learn from and celebrate their inspiring contributions to our nation. That’s why I’m humbled and honored to accept a new mission: chairman of the board of the National Medal of Honor Museum Foundation, the organization that will finally build such a place.

As chairman of the Board, I’m committed to seeing the creation of the National Medal of Honor Museum in Arlington, Texas, and a monument on the National Mall in Washington, D.C., through to completion. It’s our foundation’s steadfast obligation to finally give our bravest heroes the recognition they earned through service and sacrifice.

The site in Arlington is appropriately located in the nation’s heartland, which will allow Americans from all walks of life and every corner of our country the opportunity to see the faces, hear the voices and discover the stories of our most gallant warriors. When the museum opens to the public in 2024, it will feature an education center where all Americans can learn from their examples, reflect on the values they demonstrated in service and motivate themselves to be the best citizens possible. It will be a place where young Americans can learn what it takes to become the heroes of tomorrow.

Medal of Honor recipients also deserve a spotlight in our nation’s capital. Everyone who visits the seat of our government and experiences the landmarks of our history should also see the most courageous patriots memorialized for their service. Perhaps a Medal of Honor monument will remind all of us that the courage of a few has always paved the way for the safety, security and prosperity of so many.

Unfortunately, time is of the essence. Only 71 Medal of Honor recipients are still living today, and it’s incumbent on all Americans to demonstrate how grateful we are for what they did in the name of freedom. Our national sports heroes are all enshrined in their respective halls of fame. Don’t the most inspiring defenders of our democracy deserve at least the same?

At a time when our country seems so divided and in search of common purpose, nothing can better unite us than recognizing the bravest of the brave in a national way.

This is bigger than politics; it’s about patriotism. It’s our solemn responsibility to honor those who answered our nation’s call for service in unparalleled ways. Their stories of courage, camaraderie and duty to country have the power to bring people together and refocus us all on the wonder of the American experiment, and the acts of bravery that have allowed it to endure.

Join us on our mission to inspire America … the home of the free because of the brave.

Charlotte Jones is the executive vice president and chief brand officer for the Dallas Cowboys and board member of the National Medal of Honor Museum Foundation.