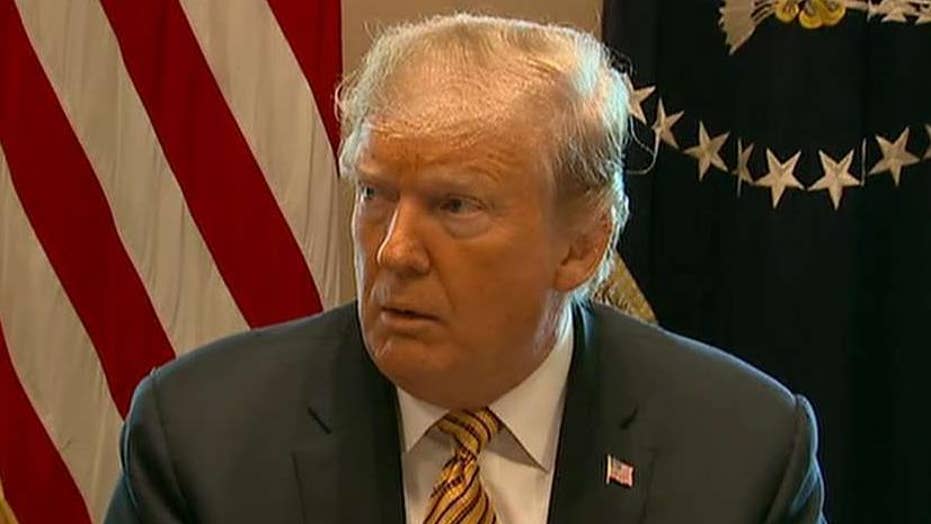 Trump threatens to slap tariffs on cars coming into the U.S. from Mexico if border issues are not addressed; chief White House correspondent John Roberts reports.

President Trump’s threat to completely close the U.S.-Mexico border has succeeded brilliantly in getting Mexico to finally to make a commitment to stop the flow of illegal immigrants and drugs from crossing into the U.S. As a result, the president announced Thursday that he is giving Mexico a year to act on that commitment.

Just as his tough talk prompted North Korean leader Kim Jong Un to come to the negotiating table to discuss denuclearization, President’s Trump’s strong stand demanding that Mexico crack down on the illegal flow of people and drugs into our country has been far more effective than the polite requests of previous U.S. presidents to get Mexican officials to act.

“We’re going to give them a one-year warning and if the drugs don’t stop or largely stop, we’re going to put tariffs on Mexico and products, in particular cars,” the president told reporters at the White House. “And if that doesn’t stop the drugs, we close the border.”

President Trump sent the Mexican government a wake-up call last Friday when he tweeted: “If Mexico doesn’t immediately stop ALL illegal immigration coming into the United States through our Southern Border, I will be CLOSING the Border, or large sections of the Border, next week.”

As a result of that tough stand by Trump, he told reporters Tuesday that Mexico had already started taking action to secure its borders.

“So Mexico has, as of yesterday, made a big difference. You’ll see that – because few people, if any, are coming up,” the president said. “And they say they’re going to stop them. Let’s see.”

Nations around the world don’t respect American weakness and continual apologies – President Obama’s foreign policy failures proved that. Both our foreign friends and adversaries respect strength – and that’s what they see from President Trump.

The president’s critics and the anti-Trump media often falsely portray him as being out of control and acting impulsively without thinking through the consequences. But in showing Mexico that he is serious about the immigration crisis on our border, Trump proved once again that he is a master negotiator – backing up his demands by showing he is ready to take action.

Nations around the world don’t respect American weakness and continual apologies – President Obama’s foreign policy failures proved that. Both our foreign friends and adversaries respect strength – and that’s what they see from President Trump.

At the same time, by delaying a possible border closure and tariffs on imports from Mexico for a year, the president showed he can be reasonable and give Mexico time to take decisive action on illegal immigration and drugs. But the one-year deadline will keep pressure on the Mexican government to turn its words into action on our southern border.

Keeping up the pressure on border security, the president is scheduled to travel to Calexico, California on Friday to visit the border and see security measures our government has put in place.

And at the same time, President Trump is pressing ahead under the national emergency he has justifiably declared to take other actions to secure the border, including fencing and other barriers where they are most needed.

Like President Reagan confronting the Soviet Union, President Trump is confronting Mexico and nations further south to demand they enforce their own immigration laws and work with the U.S. to halt the illegal flow of migrants and drugs into our country.

Donald Trump campaigned on the promise of building a border wall and taking other actions to secure our border. The American people elected him to be our president because they understand that open borders would be disastrous and that our immigration laws and drug laws are meaningless if they are not enforced.

I have been to the border. I have visited with the men and women who protect it. I have seen the human suffering. I have heard the stories about the rapes, robberies and murders that take place as people are led to America by the shady characters known as coyotes. Our nation can’t allow this to continue.

Democrats and Republicans should unite behind the president on this national security issue. The more support they show for border security, the more likely it will be that Mexico will follow through on its commitments, thereby making new tariffs and a border closure unnecessary a year from now.

Charlie Kirk is the founder and president of Turning Point USA and host of the top-rated podcast and nationally syndicated Salem radio program, “The Charlie Kirk Show.”