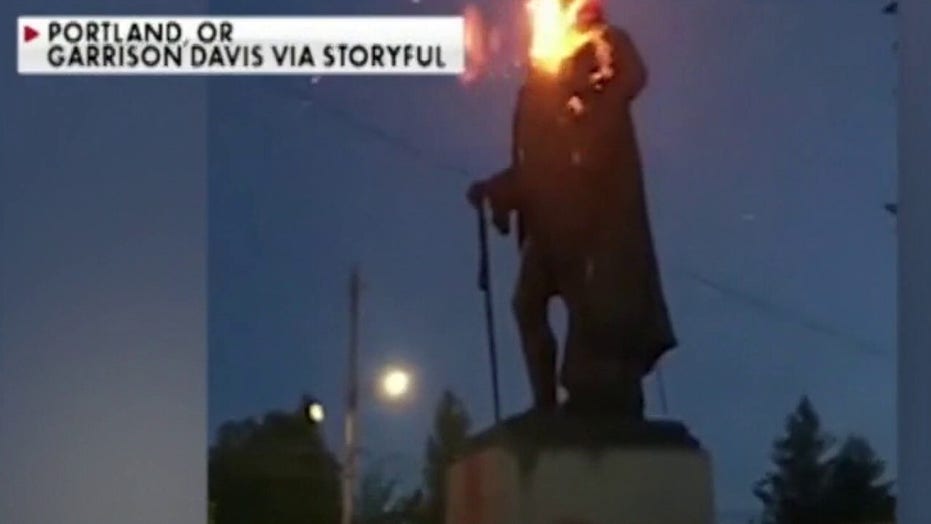 At a protest in Portland, Ore., on Thursday, a bronze statue of George Washington was vandalized, beheaded, draped in an American flag and lit on fire.

Strangely, while statues are being vandalized across the United States, protesters in Seattle have chosen to spare a notorious statue glorifying murderer Vladimir Lenin. The statue was originally placed on display in the Czechoslovak Socialist Republic by the Communist Party in the 1980s before being moved to Seattle. So it is, quite literally, Soviet propaganda.

LIZ PEEK: INTOLERANCE THREATENS US – HERE'S WHO TO BLAME FOR 'CANCEL CULTURE'

So, let’s get this straight: According to the far-left mobs in Seattle and Portland, honoring the man most responsible for creating what has become one of the freest nations in the history of the world — George Washington — is bad, but Communist propaganda celebrating one of the 20th century’s most prolific killers is tolerable, or even good?

I guess it’s just another day in our new Woke America.

Marxist revolutionaries in Portland and Seattle, as well as in major cities across the United States, say their actions are justified because they believe systemic racism remains a serious problem across the country and that Americans shouldn’t tolerate anything with even the slightest connection to racism, including honoring great men like Washington.

While I agree that racism still exists, and that Americans should do everything they can to reform truly unjust systems, decimating the legacies of those who laid the foundation for freedom in the Western world is a grave injustice of its own.

We cannot forget that Washington lived in a different time and place, one where the horrors of slavery were common. And although I wish Washington had fought harder for the freedom of all people in his time, we should not forget or denigrate the great sacrifices he made to liberate the American people from tyranny.

Nor should we ignore that over the course of his life, Washington’s view on slavery changed substantially. Although he did not support the immediate emancipation of slaves, in large part because he believed it would lead to a civil war, he did support a gradual end to the abhorrent practice.

“I hope it will not be conceived from these observations, that it is my wish to hold the unhappy people, who are the subject of this letter, in slavery,” Washington wrote in letters in the 1790s. “I can only say that there is not a man living who wishes more sincerely than I do, to see a plan adopted for the abolition of it; but there is only one proper and effectual mode by which it can be accomplished, and that is by Legislative authority; and this, as far as my suffrage will go, shall never be wanting.”

Washington was not pandering. His will instructed all the enslaved people he owned to be set free after he and his wife died. And according to historians at Mount Vernon, the primary reason Washington didn’t free his slaves sooner is because it would have broken up countless families. More than half the slaves working on Washington’s estate did not belong to him and many had intermarried.

By the Left’s own standards, most of their own great heroes should also be stripped of every honor and tossed away in the trash bin of history too.

Many on the left say all of Washington’s achievements and the historical context of his association with slavery should be ignored. At the end of the day, they argue, Washington was a rich, white, racist man, and no one associated with racism — regardless of the amount of good they have done for the world — should ever be celebrated.

But by the Left’s own standards, most of their own great heroes should also be stripped of every honor and tossed away in the trash bin of history too.

Democratic President Woodrow Wilson, one of the most important and influential progressive presidents in U.S. history, was a notorious racist who supported and expanded segregation. Yet, statues and memorials of Wilson continue to stand throughout the country.

Democratic President Franklin Delano Roosevelt was also a horrific racist. In 1942, he shamefully imprisoned 112,000 Japanese Americans in concentration camps. But Roosevelt statues and other honors still exist, including the FDR Memorial — built in 1997 on the Washington, D.C., National Mall. 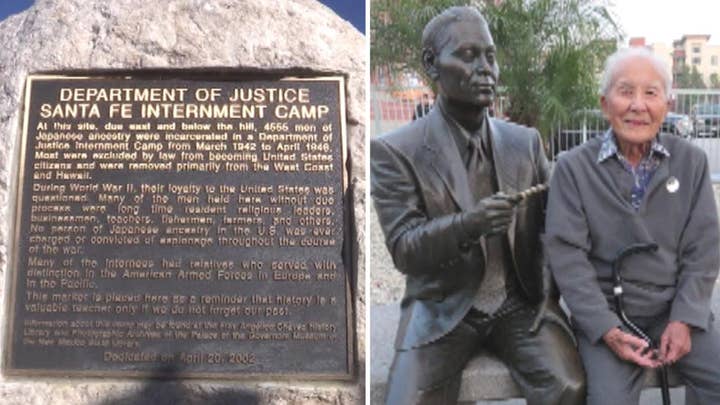 In fact, the long history of the Democratic Party is full of racism, segregationist policies and support for radical white supremacism. It was the Democrats, not Republicans, who created the Jim Crow South and stood against civil rights for African-Americans for generations.

Perhaps the Democratic Party should be disbanded too!

In an attempt to be consistently radical, some socialists have actually called for the elimination of all honors granted to numerous prominent Democrats, including Wilson and Roosevelt, but they conveniently say nothing about their own movement’s racist past.

For example, the writings of their beloved comrade Karl Marx, and his closest ally Friedrich Engels, are littered with racism and anti-Semitism. By the left’s standards, then, these two and the whole notion of communism should be abandoned, right?

Of course, the left will never do that — not because socialists and far-left progressives love racism, but because they believe Marx, Engels, Wilson and the like brought more good to the world than bad.

Although I disagree adamantly with that conclusion, its logic is sound. No one is perfect. Nearly every person who has ever lived has said and done horrible things. Some have been much worse than others, to be sure, but who among us really believes they have lived without error?

When examining who is worthy of receiving public honor, we must not focus solely on errors, or else there won’t be any heroes left to celebrate. Instead, we should look at the whole life lived and determine whether any given person’s achievements helped to make the world a better place.

With that reformed standard in mind, it’s undeniable that there is no socialist or Communist revolutionary who can stand alongside George Washington or any of the other men and women who helped to create and defend the United States, the greatest, freest country that has ever existed.