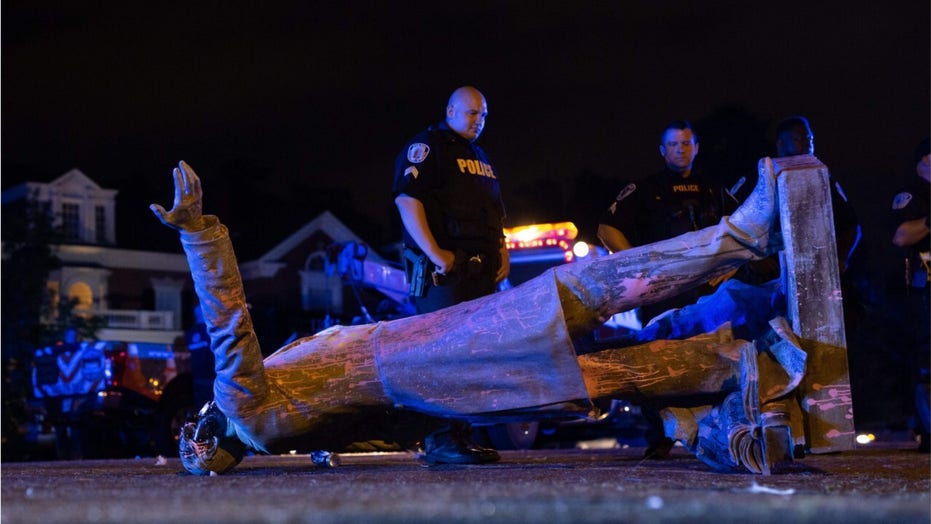 Truly, we live in auspicious times.

Those who have sinned will be cast down; those who are sinless will set new social standards for the rest of us. After all, we now live in the only generation ever to produce truly virtuous human beings.

What else should we make of the graceless religious wokeness promoted by our moral betters, such immaculate moral personages as Robin DiAngelo, author of "White Fragility," and Nikole Hannah-Jones, Pulitzer Prize-winning creator of The New York Times' pseudo-historical 1619 Project?

JUSTIN HASKINS: 'CANCEL CULTURE' HYPOCRISY — WILL THE LEFT, DEMS CONFRONT THEIR OWN RACIST PAST?

DiAngelo informs us that all white people are sinners by nature, inculcated in the evils of whiteness and utterly incapable of repenting such sin ... unless, of course, they purchase a diversity training course.

DiAngelo says that it isn't enough to oppose racism: we must "interrupt" the systems in which we live in order to become "anti-racist," a vaguely defined term apparently meaning nothing so much as parroting the more purple writings of Ibram X. Kendi.

Hannah-Jones, meanwhile, happily takes credit for the rioting and looting that has wracked the country and that she has spent time justifying – she recently thanked a critic online for terming this unrest "the 1619 riots."

Furthermore, we are informed by this arbiter of the great and the good that we must never say that figures like Ulysses S. Grant – a man who wrecked the Confederacy and devastated the Ku Klux Klan but also held one of his wife's slaves in bondage before freeing him – were "men of their times." After all, "Hitler was a man of his time. Usama bin Laden was a man of his time," she said in a now-deleted tweet.

Old tweets will be resurfaced; old comedy sketches will be censored. All those who came before were complicit in the system, and thus, must pay.

We, however, live in an age of true heroes – people who live outside of time; people of sterling quality who need no context, require no nuance and brook no dissent. All who stand before them must bow or be canceled. Old tweets will be resurfaced; old comedy sketches will be censored. All those who came before were complicit in the system, and thus, must pay.

So young woke leftists cheer as they tear down monuments of George Washington and Thomas Jefferson; Generation Z college students chide their parents and grandparents – many of whom, in minority communities, experienced actual discrimination and hardship – as insufficiently committed to the cause of anti-racism.

Gisselle Quintero, 18, told The Washington Post about her grandparents. "(T)hey were prohibited from drinking at 'whites-only' fountains after long, hot days of working in the fields," The Post wrote, and "tried to distinguish themselves by their hard work and achievement."

But, clearly, because they lacked enthusiasm for the current woke revolution, "They just kind of suppressed those memories." Quintero's grandparents may have overcome actual racism, but she posted news of a protest at a local mall on her social media.

Perhaps we have truly reached the apex of humanity. Or perhaps we are living in a particularly arrogant and self-serving moment when dissociation from America's history and from other Americans substitutes for actual decency; when canceling others is the point, not a means to an end; when joining the woke mob isn't about building something better but merely signaling your own saintliness.