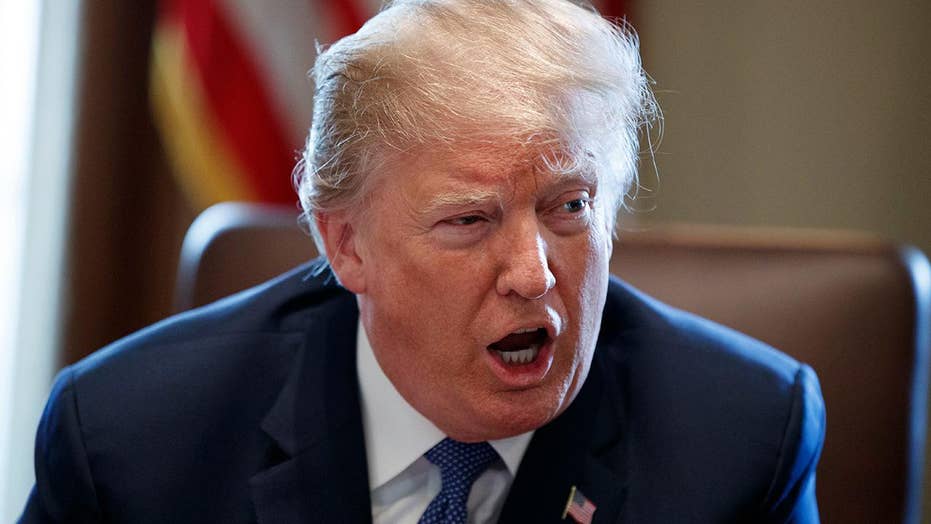 Will President Trump retaliate against Syria?

The isolationist spirit — a reluctance to become involved in foreign entanglements — goes back in U.S. history to Thomas Paine and his 1776 pamphlet “Common Sense” and to George Washington’s 1796 Farewell Address.

In modern times, the isolationist spirit had a strong pull against U.S. involvement in WWI and WWII, but was eventually overcome, however reluctantly, by catastrophic events.

Whether he realizes it, or not, President Trump tapped into that spirit when he instructed military commanders to wrap up America’s role in Syria and to bring the troops home within months. One can almost hear the echo of Sen. George McGovern, D-S.D., who said in reference to the U.S presence in Vietnam, “Come home, America.”

Osama bin Laden bet on America’s impatience with protracted wars in devising his terrorism strategy, but if one side is “in it to win it” and the other establishes a timetable, as President Obama did in Iraq, it isn’t difficult to predict which side will be victorious.

Writing in the Washington Free Beacon, Aaron Kliegman lists five reasons why the U.S. should not leave Syria. President Trump should read and heed them.

First, writes Kliegman, ISIS remains in Syria and continues to pose a threat, even though its ambition for a caliphate has been temporarily thwarted. People who believe they have a religious mandate to keep fighting, believing their reward is Heaven should they die, will not be easily dissuaded by people they regard as occupiers and “infidels.”

Abandoning allies is not a good way to build trust and confidence among friends in the ongoing war against terror.

Kliegman’s second reason for not abandoning Syria is rooted in the recent example cited above. When President Obama announced the complete withdrawal of U.S. forces from Iraq in 2011, disaster ensued. First, there was sectarian warfare between Sunni and Shia Muslims, followed by the regrouping of Al Qaeda in Iraq into Syria, which morphed into ISIS, requiring a stepped-up military presence ordered by President Trump.

Reason three: A premature withdrawal would undermine the president’s Iran policy, which includes abandoning the nuclear deal with Iran, possibly as soon as next month. “It simply does not make sense,” writes Kliegman, “to leave the nuclear deal, impose more sanctions and target the regime’s development and proliferation of missiles only to cede Syria to Iran.”

Reason four: “Washington would further lose its ability to influence events, ceding control to hostile authoritarians.” While the Trump administration wants to pull out, the presidents of Russia, Iran and Turkey held a summit last week in Ankara on Syria’s future. Without an American presence it isn’t difficult to predict Syria’s future. It will likely serve as a base for increased terrorism.

Reason five: The U.S. would again abandon the Kurds to a violent fate. The Kurds in Syria, notes Kliegman, “…have by far been Washington’s most effective partner in fighting ISIS on the ground.” They have also faced fierce opposition from the Turkish government in Northern Iraq. Abandoning allies is not a good way to build trust and confidence among friends in the ongoing war against terror.

I would add a sixth reason: the recent chemical weapons attack that killed dozens of civilians. A precipitous U.S. pullout would only encourage the Assad regime and their Russian supporters to continue this assault on international norms and treaties and opponents of the government.

The Middle East is a mess and has been for some time. No one-size policy fits all circumstances, but premature withdrawal is not a policy, at least not one that will lead to victory or at a minimum stability. Perhaps President Trump can get our allies to share more of the cost and burden. For certain, both cost and burden will be much greater if he follows in President Obama’s footsteps and makes a decision that feels good at first, but in the end exacts a much higher price.