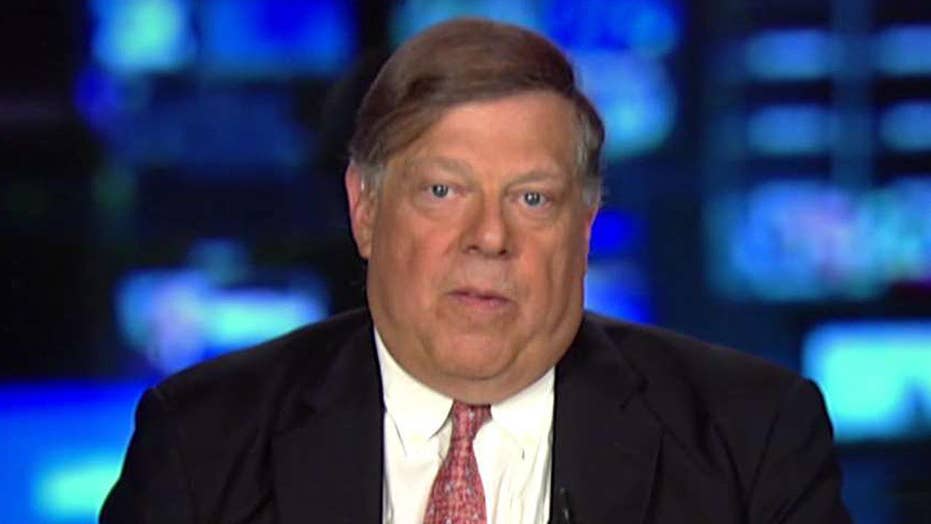 Finding someone in Washington who is nonpartisan and puts the nation’s interests ahead of their own is so rare these days that he or she, if found, might well qualify as an endangered species.

But once in a while — call it the law of averages — someone speaks the truth. It happened last week when Mark Penn, former adviser to Bill and Hillary Clinton, wrote a column for The Hill newspaper in which he claimed there is a big difference between how Hillary Clinton and President Trump have been treated when it comes to allegations of criminal behavior.

Penn then appeared on Fox News where he spoke of the “double standard” applied to Trump and his associates compared to how Clinton was exonerated by FBI Director James Comey over her private email server and her handling of classified information. “The investigations related to the email were handled with kid gloves, and the investigations related to Trump ... with all-out prosecutorial force of government and deep state might,” Penn said.

It doesn’t matter. The long knives have been drawn by those who want to reverse the results of the 2016 election and put themselves back in power. They will not be sheathed until blood is drawn, preferably the blood of the president, whose personality might not win him any good deportment citations on a grade school report card, but whose policies are making the nation stronger.

President Trump needs to refocus and stop attacking his political enemies, and even his friends, and start worrying about his most pressing problem.

Neither does it matter that no evidence of Russian “collusion” by the Trump campaign has yet to be uncovered. That train seems to have long ago left the station, replaced by other strategies to bring down the president, none of which were part of the special counsel’s original mandate.

Indeed, on July 13 when Deputy Attorney General Rod Rosenstein announced the indictment of 12 Russians for their alleged roles in hacking computers at the Democratic National Committee and other sites, he said: “There’s no allegation in this document that any American citizen committed a crime. There’s no allegation that the conspiracy changed the vote count or affected any election result.”

Rosenstein knows the indicted Russians will never be extradited and tried, so it looks to most conservatives like a public relations stunt designed to show that Robert Mueller was pursuing what he had been tasked with discovering.

Having failed to achieve that objective, the tentacles of his office have spread out in other directions, now reaching the Trump organization where its CEO has been granted full federal immunity and will likely be required to divulge anything — perhaps even those long-hidden Trump income tax returns, which Democrats have wanted made public since the 2016 campaign.

President Trump needs to refocus and stop attacking his political enemies, and even his friends, and start worrying about his most pressing problem. As The Wall Street Journal editorialized, “The biggest political threat to Mr. Trump is a Democratic election victory in November, which will trigger a drive for impeachment. Mr. Trump isn’t going to persuade anyone to vote for Republicans by railing against a Republican attorney general he selected.”

He should stop publicly admonishing Attorney General Jeff Sessions, who early on recused himself from all things Russian. After the president’s latest criticism of Sessions, Sessions issued a statement defending the law and the integrity of the Department of Justice against the president’s constant criticism.

Yes, the DOJ has behaved differently under Sessions (and Rosenstein) than it did when Eric Holder, described as President Obama’s “wing man,” held that post, but nothing can be done about that now. The president should concern himself with what is being done on other fronts where he can credibly claim success. The problem is that his constant attacks on others, which achieve little, have obscured many of his accomplishments.

Americans want to be happy about the present and optimistic about the future. This president — any president — should see that as his main calling and pull back on his Twitter barrages. There should be only one standard for a president’s behavior.