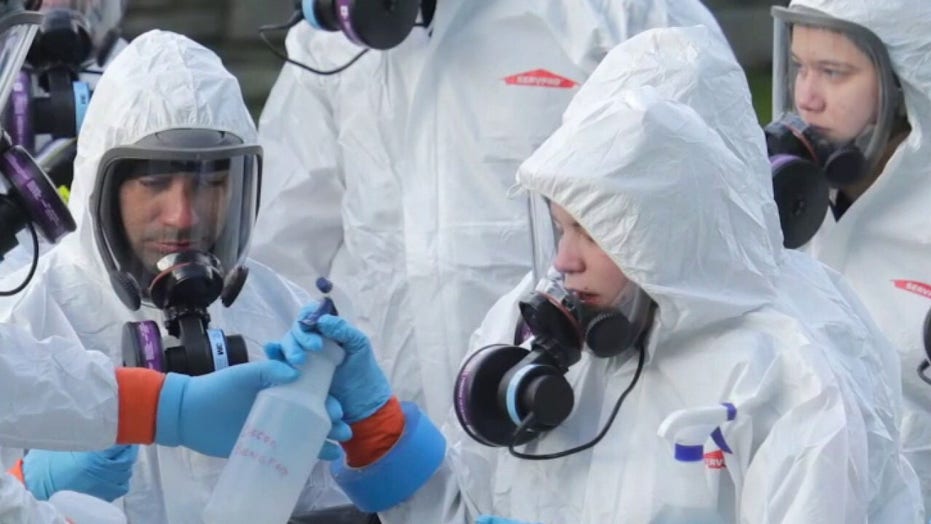 What's the difference between COVID-19 and the flu? What steps are being taken to increase the number of hospital beds available? Insight from Fox News contributors Drs. Nicole Saphier and Marty Makary.

An emergency proposal to protect the American people from the coronavirus by quickly sending illegal immigrants and asylum seekers who cross our southern border back to Mexico should be approved as a short-term response to the pandemic.

Fox News learned Tuesday that the plan is being developed by the Department of Homeland Security, but is not yet ready to send to President Trump for a final decision.

I can’t emphasize strongly enough that this emergency return to what was known as the Voluntary Return Policy – often called “catch and release” – should be implemented only for as long as the coronavirus pandemic persists. Over the long term, the policy would lead to more illegal immigration and just make the problem worse.

But while the coronavirus continues to threaten millions of Americans, disrupts our daily lives, throws Americans out of work and weakens our economy, the Voluntary Return policy is needed as a national security measure to protect our health and safety.

Under this policy, as soon as illegal border crossers encountered Border Patrol agents the illegal immigrants would be quickly taken back to Mexico via the nearest port of entry.

As a result, each illegal border crosser would only come into contact with two Border Patrol agents before returning to Mexico. Currently, illegal immigrants come into contact with hundreds of other illegal border crossers at U.S. detention facilities, additional Border Patrol agents, Immigration and Customs Enforcement (ICE) officers, and sometimes Bureau of Prison officers.

If an illegal immigrant is carrying the coronavirus, the Voluntary Return Policy dramatically reduces his or her chances of infecting a large number of people with the virus.

The big downside of the “catch and release” policy should be obvious – migrants can simply turn around and attempt another illegal entry into the U.S. after they are released in Mexico.

When this policy was in effect prior to its abandonment during President George W. Bush’s administration, illegal immigrants would sometimes come back to the U.S. within an hour of being returned.  I personally apprehended the same group of illegal border crossers twice in my same eight-hour shift as a Border Patrol agency.

The Voluntary Return policy was replaced with what the Border Patrol calls the Consequence Delivery System. This policy requires that a consequence be applied to every individual who crosses the border illegally, instead of simply catching the person and releasing him or her in Mexico.

The Consequence Delivery System was the Bush administration’s hallmark border security accomplishment. And it worked very well in discouraging Mexican nationals from crossing the border illegally. Unfortunately, it did nothing to stop or discourage people from countries other than Mexico from entering the U.S. illegally.

After eight years of floundering under the Obama administration, in walked President Trump.  Even without the help of Congress, the Trump administration’s policies and programs have proven to be wildly successful in reducing illegal immigration. But no one could have predicted the coronavirus and the respiratory disease COVID-19 that it causes would sweep across the world.

That’s why although the Voluntary Return Policy hurt our immigration law enforcement efforts in the past, we need to reinstate it now until the coronavirus pandemic ends.

This is the type of outside-the-box thinking the American public has come to expect from the Trump administration when it has to effectively tackle a problem.

Actions should always speak louder than words. In the protection of U.S. citizens from the coronavirus, President Trump’s actions go above and beyond.

I’ve spoken with President Trump on multiple occasions regarding border security and I can personally attest to the fact that he cares deeply about the safety and security of our great nation.

The president does not subscribe to the liberal “lead with rhetoric” philosophy. Instead, he speaks with actions. His leadership style and his handling of the coronavirus pandemic are proof positive.