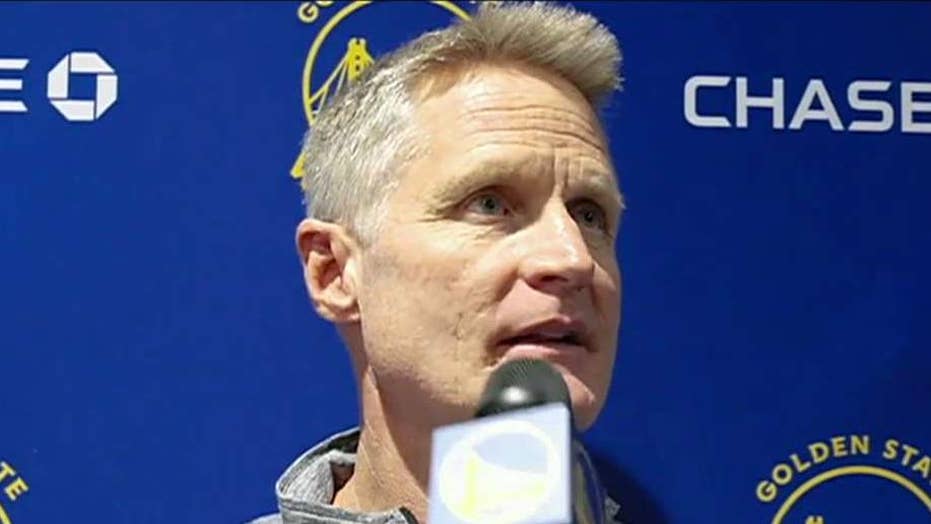 The National Basketball Association found itself in the middle of a political firestorm of its own making when the Houston Rockets' general manager tweeted something simple and admirable: "Fight for Freedom. Stand with Hong Kong."

The NBA's first statement was cowardly. It began: "We recognize that the views expressed by... Daryl Morey have deeply offended many of our friends and fans in China, which is regrettable."

Morey buckled and deleted his tweet. The NBA then went overseas to grovel.

A statement posted on the NBA's Weibo social media network in China stated that it was "extremely disappointed in the inappropriate comment," and as a result, Morey "has undoubtedly seriously hurt the feelings of Chinese basketball fans."

China is a huge and lucrative market for the NBA. If business means turning your back on freedom while defending one of the most brutally repressive regimes in human history – so be it.

So the NBA commissioner, Adam Silver, readjusted to insist the league would not discourage athletes or executives from speaking freely. "We are not apologizing for Daryl exercising his freedom of expression" – which is disingenuous. That is exactly what all of the NBA’s "extremely disappointed" remarks implied.

And the duplicity continued. In Philadelphia, a 76ers fan named Sam Wachs and his wife brought a pair of signs that read "Free Hong Kong" and "Free HK" as the Sixers took on the Guangzhou Loong Lions, a Chinese Basketball Association team.

Wachs said he lived in Hong Kong for two years, so he sympathized with the protests. First, security confiscated the signs. When the couple yelled "Free Hong Kong" during the second quarter, Wachs said they were removed from the game.

Then the same Chinese team played the Washington Wizards in D.C., and the routine repeated itself. Several fans standing with a sign reading "Free Hong Kong" and "Google: Uighurs" had them confiscated prior to the game. (The Uighurs are a Muslim minority in northwestern China, with an estimated 1 million people held in concentration camps.)

The NBA now doesn't want to be political. But it's been very political on the home front, when it has suited its purposes, which is to say, when it placates the left.

The league moved the 2017 All-Star Game out of Charlotte over a North Carolina law that in government offices, transgender people should use the bathroom of their gender "assigned at birth."

The NBA commissioner criticized President Trump's travel ban on people from seven Muslim countries as going "against the fundamental values and the fundamental ingredients of what makes for a great NBA."

The NBA allowed players to wear "I can't breathe" shirts to protest police after Eric Garner suffocated while laying down on the sidewalk in New York.

The man with the Nike sneaker-selling slogan of "Believe in something. Even if it means sacrificing everything," is silent while Nike orders the removal of all the Houston Rockets merchandise from its stores in China. Apparently, America is still the most horrible country in the world that was founded on racism, slavery and genocide.