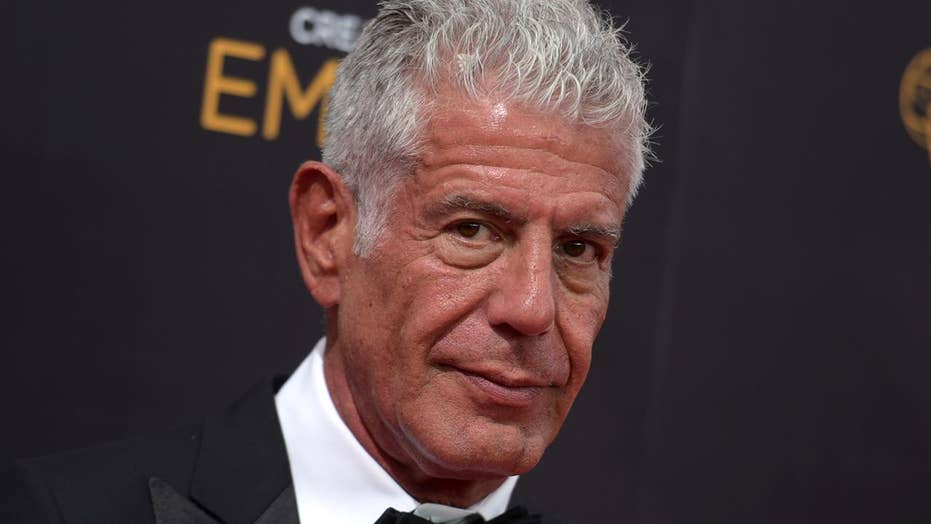 Two famous Americans -- fashion designer Kate Spade and celebrity chef and CNN host Anthony Bourdain -- tragically committed suicide this week, shining a spotlight on a growing crisis facing our country. One little-known aspect of the increasing rate of suicides is the alarmingly high number of such deaths among firefighters and police officers, who are taking their own lives at a greater rate than they are dying in the line of duty.

Sadly, the Centers for Disease Control reported Thursday that nearly 45,000 people in the U.S. committed suicide in 2016 -- more than twice as many deaths as were caused by homicides in this country.

In fact, suicides increased in nearly every state between 1999 and 2016, the CDC reported. In 2016, suicide was the 10th-leading cause of death in our nation.

Firefighters and police officers have dangerous jobs, risking their lives every day to protect the rest of us. Yet surprisingly, suicide poses an even greater danger than fires and criminals to these courageous men and women.

With suicide at such a high rate for our country’s heroes, we find it unacceptable to sit back and let this trend continue.

In 2017, at least 103 firefighters from across the U.S. took their own lives -- more than the 93 who died in the line of duty, according to the Firefighter Behavioral Health Alliance.

And last year there were 140 police officer suicides across the country -- more than the 129 officers killed while on duty, research from the Badge of Life Police Suicide Prevention Program has shown.

Even worse, the actual total for suicides of police and firefighters is much higher, because many deaths by suicide are not reported as suicides.

For example, experts estimate that only 40 percent of firefighter suicides are reported. Based on this 40 percent estimate, twice as many firefighters die from suicide as in the line of duty.

Why is suicide so prevalent among police and firefighters?

First responders run towards danger every day in order to save lives. Their bravery draws media attention in the aftermath of horrific events. But for many first responders, exposure to death and destruction happens regularly; it is part of their daily routine.

One survey of police officers found that on average, these men and women witness 188 “critical incidents” during their careers -- incidents such as being shot at, seeing a neglected child, making a death notification, and more.

Police and firefighters are certainly heroes, but they are also human. We should expect to see high rates of depression, anxiety, and post-traumatic stress disorder (PTSD) within this population, and we do.

One study of PTSD among police officers found a prevalence rate that is five times as high as the rate in the civilian population.

If untreated, mental illness -- including depression and PTSD -- can lead to poor physical health, impaired decision-making, and ultimately suicide.

First responders’ susceptibility to mental health issues is well-documented and costly to society. Given their vast exposure to trauma, it should come as no surprise.

Yet a life-threatening silence surrounds this issue. Less than 10 percent of law enforcement agencies across the country have suicide prevention programs, and many first responders who experience mental illness feel unable to turn to colleagues for support.

In fact, there is the perception among first responders that speaking openly about mental illness is “career destroying.” Police officers and firefighters are suffering in silence. They do not feel supported or able to access potentially life-saving mental health care.

We must eradicate the shame and stigma that surround mental illness, acknowledging that these forces are particularly powerful within professions that prioritize bravery, strength and heroism.

Police and fire chiefs can effect crucial change by speaking openly about mental health and encouraging their colleagues to access the care that they need -- care that will enhance first responders’ well-being and job performance.

We are taking steps forward. With collaborations between law enforcement and advocates -- like what the Boston Police Department and the Ruderman Family Foundation are currently working on -- we can get these heroes the treatment and care they so richly deserve.

We have resources in place in our home state of Massachusetts, such as peer support programs for both police officers and firefighters. However, as of now, participation in these programs is voluntary.

In the future, we call for universal, if not mandatory, participation in mental health services among first responders on a national level, including annual mental health checks. We will enhance our own well-being in this way, and probably even save lives.

And hopefully, the lessons we learn working to reduce suicides among our police officers and firefighters can help our nation as well to reduce the terrible toll of 45,000 suicides America experienced in 2016.

Most of those lost to suicide are not celebrities -- they are known only to their family, friends and co-workers. But our nation suffers by their untimely loss.

Realistically, we know that some people will always commit suicide -- the problem will never disappear. But surely, we can substantially reduce the number of Americans who take their own lives each year if we make a concerted effort. This must be a national priority.

William B. Evans is commissioner of the Boston Police Department.

Jay Ruderman is president of the Ruderman Family Foundation, a leading advocacy organization focusing on the full inclusion of people with disabilities into society.