"It is not our purpose to try to contain China or to hold China down," Secretary of State Anthony Blinken said before meeting G7 foreign ministers last week.

Where is John Foster Dulles when you need him?

Eisenhower’s stern secretary of state from 1953-1959 was a master of tough lawyer language. Dulles coined the nuclear strategy term "massive retaliation" in 1954 to remind the Soviet Union and China to keep their paws off other countries. Yes, the airport is named after him.

JUDITH MILLER: IS IRAN'S SUPREME LEADER NEAR DEATH? WHY THE ANSWER IS SUPREMELY IMPORTANT

Now in 2021, with China at its most dangerous ever, Blinken announces the U.S. is not trying to contain China.

Say what? OF COURSE we are trying to contain China.

Trying to contain their military aggression, their COVID-19, their infiltration of U.S. universities, their spying, their space trash, their ocean plastics, their buying up of U.S. companies, their propaganda.

A Treasury-led watchdog group is trying to contain potential national security data risks from China’s 40% stake in the owner of Fortnite, the popular video game that also collects user data.

We’re trying to contain China’s influence in Europe and we’re not alone. Britain’s Parliament voted to back away from China’s Huawei 5G devices.

Every day Taiwan is trying to contain and stop the Chinese military jets intruding in Taiwan’s airspace.

We are trying to contain the bad effects of China’s One Belt One Road initiative, when loan programs trick smaller countries into debt traps.

Ideally, arms control treaties would contain their nuclear weapons production, but China is on track to double its nuclear arsenal and they don’t do arms control.

Containment sounds appropriate to me.

Containment of China can ease up if and when China behaves according to the international rules of the road.

Perhaps Blinken was trying to be nice, and not aggravate China with language reminiscent of 150 years ago when China was downtrodden, and Western merchants controlled trade at treaty ports, like Canton.

But this was dumb tactics. The rest of the G7 needed to hear America take the lead. Remember, the European Union snuck off and cut an investment deal with China in December, while Americans were distracted after the election. Blinken could have delivered sharp remarks on China, leaving it to President Biden to make nice at the G7 meeting in June, if allies really objected. 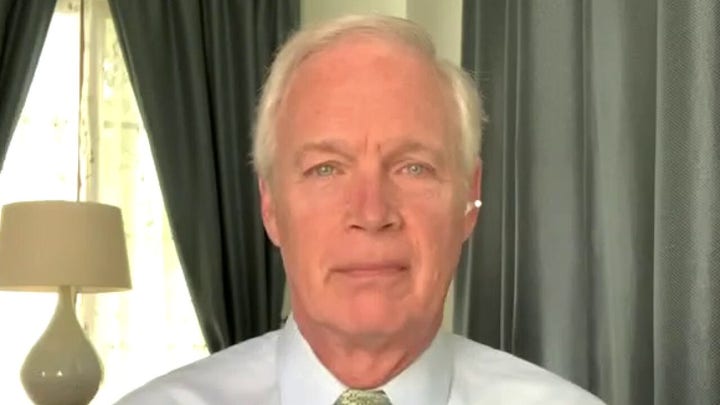 Containment is a good policy, and one our allies can share. Containment of China can ease up if and when China behaves according to the international rules of the road, as Blinken likes to say.

For now, China is ignoring those rules. Let’s hope Earth’s atmosphere can burn up China’s biggest-ever piece of space junk. China goofed and let the 90-foot booster go into orbit, instead of falling away and burning up after launch. The Long March booster will start to fall back to Earth around May 8, according to U.S. Space Force.

The space junk is a reminder that China doesn’t care about other nations. China needs to be contained because they put the Communist Party ahead of all else.

Men and women of the U.S. military plus our allies are out in the Pacific every day containing China.

The least the State Department can do is support them with words.