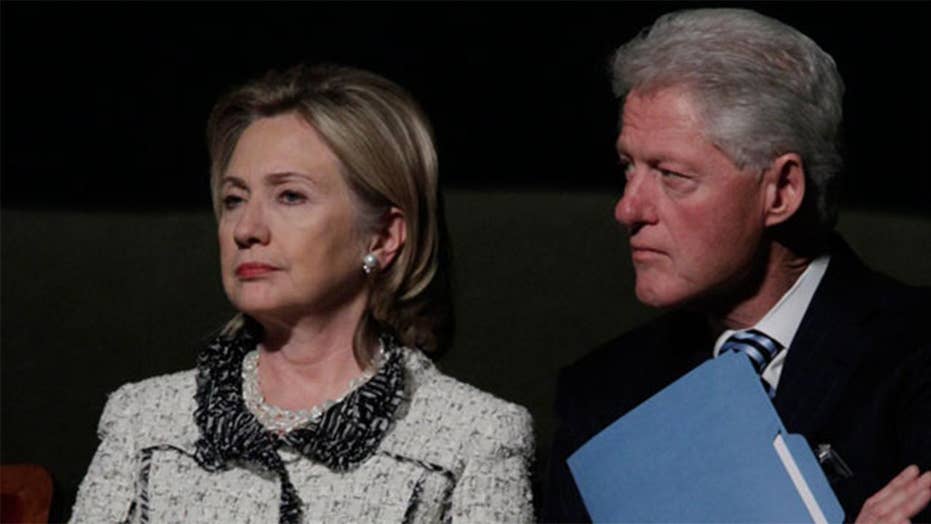 We all need a little Christmas, and the Clintons are the gifts that keep on giving – this time on the discount retail website Groupon. “An Evening with the Clintons,” their 13 city speaking tour, recently opened to a sea of empty seats prompting them to hawk their tickets on the site.

Tickets to their Los Angeles event were priced as high as $325 on their official site, and sold for $35, $50 and $72 on Groupon. All but the $72 seats have sold out. There were also tickets to their events in New York, Detroit and Philadelphia – not exactly cities in the deep South that color themselves red. If those cities aren’t Clinton country, is there any place left on the map that is?

Live Nation, which promotes the event, said in a statement that people can look forward to hearing a “unique perspective on the past, and remarkable insight into where we go from here” from the dynamic duo. 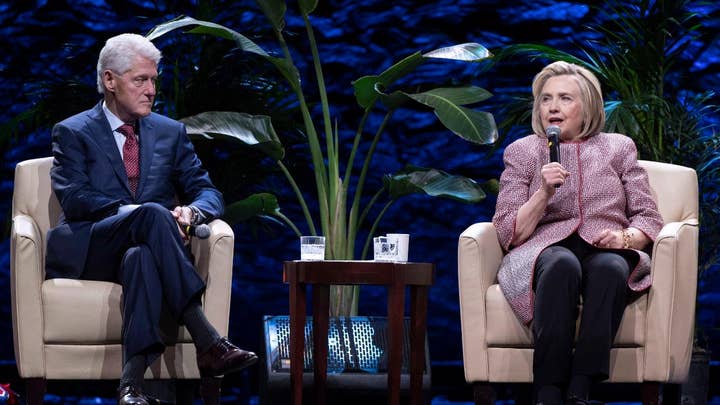 If you’re hoping where they go next is back to Chappaqua, New York, don’t count on it. This is no farewell tour. According to Live Nation, the Clintons are going to “tell their stories from some of the most impactful moments in modern history.” Translated that means they’re going to rewrite history and set the stage for Act four, Scene three – “The Clintons: Hillary 2020.”

“Impactful” could mean so many different things. However, it’s highly unlikely that their stories are going to include such impactful moments as Hillary’s email scandal, wherein she used a private and unsecure server to conduct classified business as secretary of state. You also probably won’t hear stories of President Clinton’s extramarital affair with a White House intern, which ultimately led to his impeachment – an affair that Hillary recently said wasn’t an abuse of power because the intern was technically an adult. (She was 22, and he was the leader of the free world. Sure, that’s the same thing.)

Also unlikely to make their list of “impactful” stories is the 2012 Benghazi terror attack, in which four Americans, including our ambassador to Libya, were killed at our diplomatic compound. Then-Secretary of State Clinton failed to provide sufficient security for the U.S. government personnel stationed there and, in fact, her State Department denied their requests for more.

While being questioned by Congress about the genesis of the attack, Hillary said, “What difference at this point does it make?” The families of those four Americans who died probably think it makes a big difference, and to any ambassador or State Department employee serving our country in a hotspot around the world, that was probably a very impactful moment.

This tour isn’t so much a farewell as perhaps a rebranding – something to help us remember how impactful the Clintons were, according to them.

There’s no doubt that Hillary sees the presidency as something that was taken out from under her. She was next in line to the Oval Office twice, and both times she lost it – first to a little-known senator named Barack Obama, and then to Donald Trump who had no political experience.

It’s very likely that Hillary is still holding out hope that President Trump implodes in the next two years so she can say “I told you so” to all the women who supposedly listened to the men in their lives and voted for Trump in 2016.

The first Iowa Caucus poll was just released. It shows former Vice President Joe Biden and Sen. Bernie Sanders, I-Vt., in the lead for the Democratic nomination. Hillary will no doubt see herself as the woman who can stand out in this field, particularly in the age of #MeToo. Never mind that her husband was a part of the #MeToo problem and she was an accomplice. 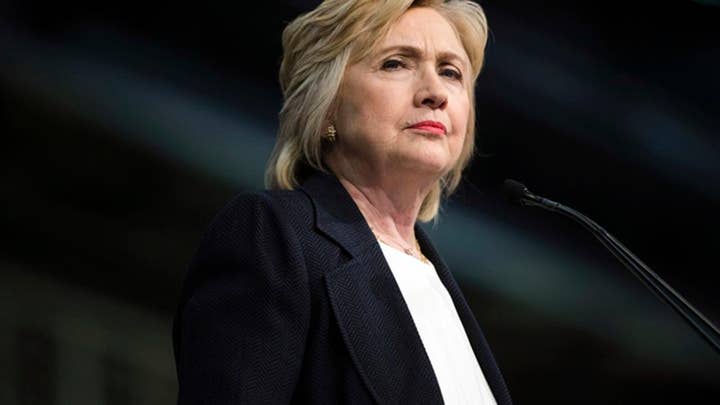 One day a woman will break that ultimate glass ceiling, but it won’t be Hillary. For the Democratic party, the Clintons have become just a mildly entertaining distraction.

Between the two of them, the Clintons have had the White House, the Senate and the State Department. Now they have a page on Groupon. That might fill some heavily discounted seats at speaking engagements, but it won’t get them back to the Oval Office.