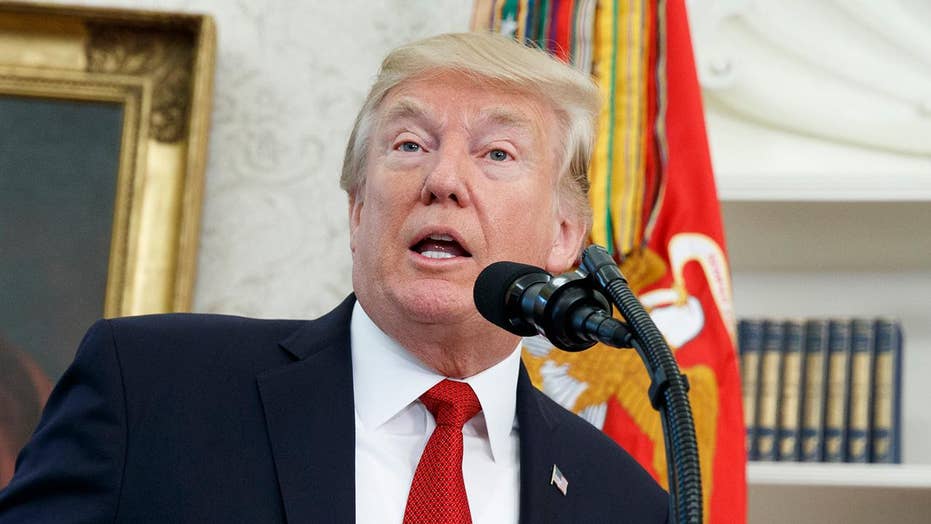 What President Trump's tax plan would really do

After lunch with the president McConnell said the plan could bring them all together, despite Schumer attacking the proposal before it is released; Mike Emanuel explains on 'Special Report.'

President Ronald Reagan wisely said: “You can’t be for big government, big taxes, and big bureaucracy and still be for the little guy.”

The Tax Reform Act of 1986 stands as the single greatest example we’ve known of bipartisan federal income tax policy. Once it was enacted, our nation had a simpler tax code with fewer tax exemptions and loopholes, and significantly lower rates. This brought relief to American families and businesses.

Now five administrations and two generations later, we must again act boldly and with bipartisanship to jumpstart our economy.

The Trump administration and Congress have an opportunity to build an economic legacy. By enacting comprehensive tax reform, they would spur economic growth and ensure American prosperity far into the future. Both Democrats and Republicans can be heroes to their constituents by passing tax reform and kicking off economic growth similar to what we experienced three decades ago.

Under President Reagan, the highest income tax rate was lowered from 50 percent to 28 percent and the bottom income tax rate went from 11 percent to 15 percent. The change to the tax code also removed the distinction between earned and unearned income.

Additionally, homeownership was encouraged by increasing the mortgage interest deduction. Americans kept more of what they earned and were incentivized to invest. The economy soared.

This is a far cry from our income tax code today, with the highest rate at 39.6 percent. The previous four administrations have reversed much of the progress made in 1986 and have managed to vastly increase the national debt from $2 trillion to more than $20 trillion.

When you factor in the current job-killing corporate income tax rate of 35 percent – the highest among the 35 nations in the Organization for Economic Co-operation and Development – the Trump administration is right to suggest that the time is now for Congress to pass the largest income tax reform measure since 1986.

Bipartisanship is required for this overhaul. This can be encouraged by demonstrating one basic economic principle that both Democrats and Republicans understand: incentives. Technically speaking, we’re talking about the behavioral effects of a tax cut.

The administration’s current tax reform plan suggests a corporate rate reduction from 35 percent to 20 percent. In addition, it cuts the pass-through rate to 25 percent and proposes allowing companies to fully expense nonstructural capital expenditures for at least five years, which would allow businesses to write off equipment purchases in full in the year of purchase.

The proposed tax bill would also simplify individual income tax brackets from eight to four (including the “zero” bracket). Individuals earning less than $12,000 a year – or couples earning $24,000 and filing jointly – would pay no tax, essentially doubling the standard deduction.

The remaining income tax brackets suggested are 12 percent, 25 percent and 35 percent. There is also talk of raising the child tax credit, but by how much is yet to be disclosed.

While reducing the number of brackets is a definite positive, adding deductions and credits removes people from the tax rolls and reduces the impact and strength of the tax bill. However, the overall implications of this tax bill are extremely positive. If passed today, it would surely incentivize the Reaganesque economic growth that this country needs.

Incentives play an enormous role in human decision-making. Providing a benefit for an action will result in more of that action. However, there is a host of evidence that lower tax rates incentivize economic activity, which leads to growth in output, investment and employment.

Lowering the corporate income tax rate to 20 percent would encourage existing businesses to grow and invest in the United States, and would reduce barriers for new businesses to form. After all, entrepreneurs are an essential ingredient to our economic growth. You can’t love jobs and hate job creators.

The key challenge with any reform, especially tax reform, is ensuring its longevity. The “economic miracle of the 1980s" was prevented from continuing on by the generations that followed it, President Trump said earlier this month in speech at the Heritage Foundation.

How do we learn from that experience and lay a foundation for long-term prosperity in future generations to come? The best way is to each our children and grandchildren that incentives matter. Most children already build an understanding of this principle by achieving good grades, earning an allowance and competing in sports.

We are our children’s first teachers, and we can help them understand that economics is more than a political or academic issue. The relationship between supply, demand and price is consistent throughout everyday life.

Today’s fifth-grader will vote for the first time in 2024. When we commit to raising economically educated children, we prevent readdressing economic policy every four to eight years. Talking with kids about how incentives work in their daily decision making, and then demonstrating how this applies to government policy, is the bridge we need to bring about long-term tax reform and prosperity.

The Trump administration and Congress have an opportunity to enact legislation that could result in the greatest economic growth since the 1980s. Holding members of Congress accountable and teaching children to think economically ensures this prosperity will last for generations.

Balconi and Laffer collaborated to write “Let’s Chat About Economics,” and “Let’s Chat About Democracy,” illustrated books for young families, introducing real terms in everyday scenarios. More information can be found at www.letschatbooks.com.

Arthur B. Laffer, Ph.D. is founder and chairman of Laffer Associates and was an adviser to President Reagan.