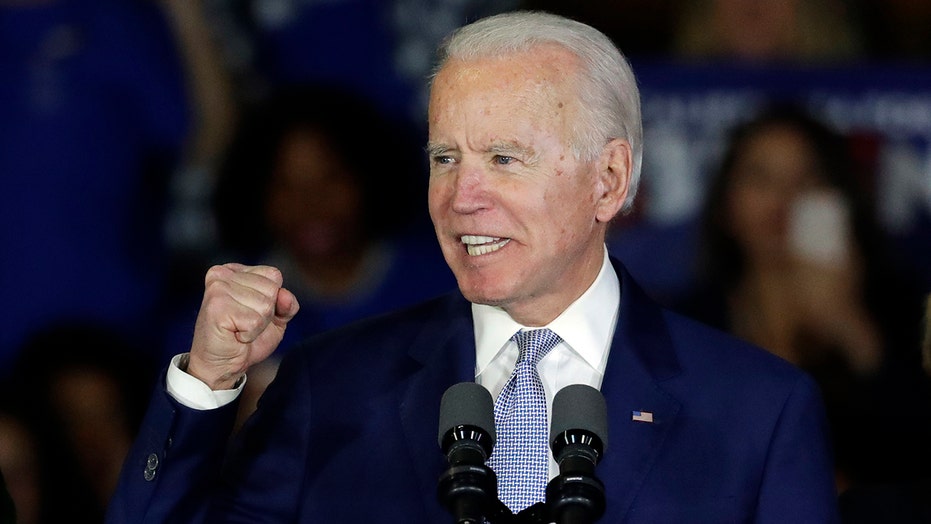 Democrats have found their Joe Biden groove once again – or have they? While it’s still too early to tell whether there will be a brokered convention, former Vice President Joe Biden certainly has momentum coming out of Super Tuesday.  Before Democrats fall too far in love with him (again), they would be wise to remember these four things.

4. How the Democrats got here

Last April, Biden was the presumptive nominee for the Democrats while Sen. Bernie Sanders, I-Vt., was considered a gadfly. As the summer months passed, Biden’s luster came off and names like Kamala Harris, Elizabeth Warren, Michael Bloomberg and Sanders took center stage. Now the focus has returned to Biden.

What happened in the final days before Super Tuesday is unprecedented in American history.  Never before have two viable candidates, Pete Buttigieg and Amy Klobuchar, who did well in recent primaries, Iowa and New Hampshire, dropped out just hours before Super Tuesday to throw their support to another candidate. Never before has a party establishment and many of its voters pivoted so quickly.

Never before has a party brokered a result so early in a primary process.

The sudden pivot to Biden among the establishment Democrats and practical Democratic voters is not only unprecedented, but it also comes with significant risks.

Biden has been in politics for 50-plus years. He was a long-term senator and the vice president for eight years. Biden also had run for president twice before. His name ID is as high as any Democratic candidate.  He is as known a quantity as any candidate has been in a long time.

As the 2020 race got underway, the Democratic establishment and the left-leaning media crowned Biden the presumptive nominee – long before he actually declared for the race.  It was said that he was the most electable and the others were simply not.

Then – Biden began to campaign and his lackluster ways came to the fore again. He is not only gaffe-prone but now questions about his age are being asked.  His debating ability is being questioned and his fundraising numbers were mediocre. 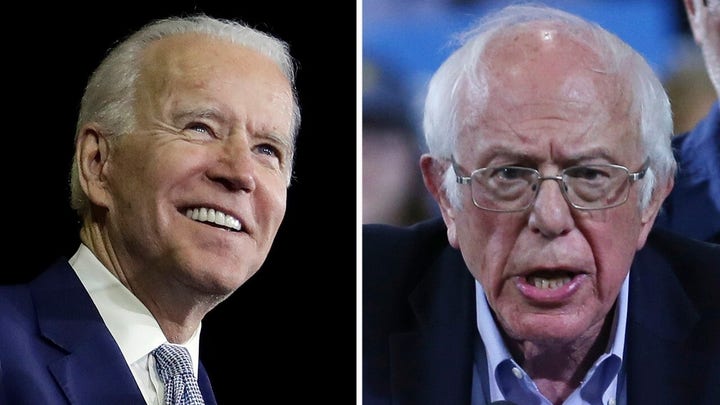 Biden performed so weakly, like he did in 2008 and before, that Sen. Elizabeth Warren, D-Mass. overtook him at one point. When she faded, former New York City Mayor Mike Bloomberg got in the race and it was presumed that he would come in to save the day for Democrats with his money. Then it became clear that Sanders was on the rise.

In other words, once Biden was the center of attention, he quickly faded. There was a reason for that, and it hasn’t gone away in the last week.

2.  Biden still has skeletons and issues

It also should be noted that Biden has been quite defensive, if not awkwardly combative, when he has had to answer questions about those issues and more. If the spotlight turns just to Biden, it is anybody’s guess whether he will implode.

Beyond that, there are Biden’s policy problems like wanting to carve up Iraq, his advice to Obama not to kill bin Laden, his vote against the Persian Gulf War and more.

1.  This infatuation with Biden again isn’t about him

Biden had the lead and lost it. The fact that a 50-year politician lost the lead is telling – and one thing it tells you is that Biden’s support is fleeting, not solid.

In fact, Biden was ready to fade into oblivion until it became obvious that Sanders was headed toward getting the nomination. Then, a historically unprecedented effort was undertaken to stop a socialist from becoming the Democratic nominee.

Because of Bloomberg’s terrible debate performances, and certain truths about him, he was not a viable alternative to Sanders. That left Biden to be reconsidered with the matter of too many candidates on the so-called moderate side splitting the vote. So, the Democrats did something about that – they forced out Klobuchar and Buttigieg.

In other words, it wasn’t a Biden renaissance that led to his good showing on Super Tuesday – although his South Carolina showing certainly played a key role. In truth, if Biden gets the nomination, it’s not because he won it so much as the fact that it was handed to him to stop Sanders.

If Biden becomes the nominee, the Democrats' sudden second infatuation with Biden may well be judged as needed to stop Sanders but risky for their lack of memory about how weak he really is.