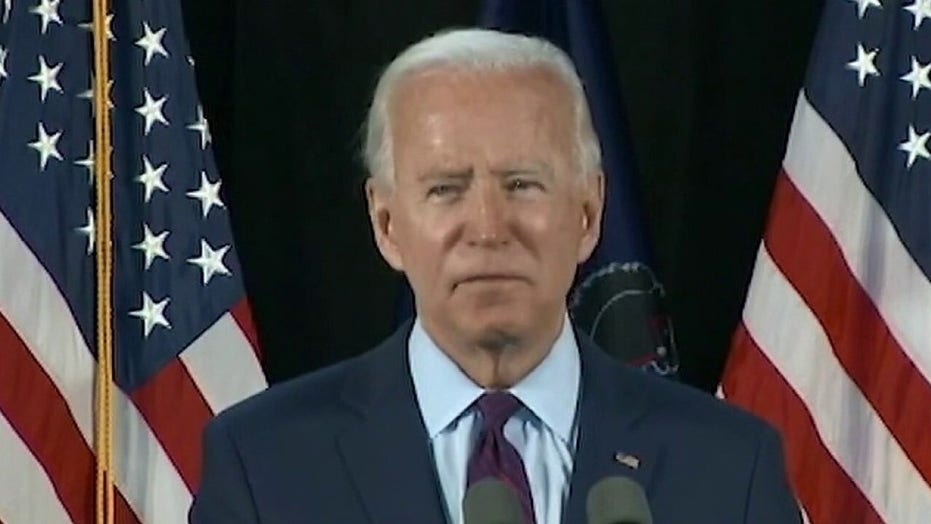 Donna Brazile: No reason for Joe Biden to rush naming his VP pick

In 1776, the Declaration of Independence famously proclaimed that “all men are created equal” — but in reality, it meant only White men. The enslavement of Black people did not end until the close of the Civil War in 1865, and women weren’t granted the right to vote until 1920.

Yet legalized voting discrimination against Black Americans and other minorities persisted until passage of the Voting Rights Act in 1965. And even today, President Trump and Republicans are seeking to throw up new roadblocks to voting — such as the president’s baseless attacks against mail-in voting as the coronavirus pandemic rages, and Republican efforts to suppress minority votes in other ways.

Obviously, much progress has been made in combatting racism and sexism since our nation’s founding, but these two forms of discrimination still hold back many people of color and women from achieving their full potential — and our entire nation suffers as a result.

JILL BIDEN PROMISES HER HUSBAND WILL DEBATE TRUMP THIS FALL, IS 'CLOSE' TO CHOOSING RUNNING MATE

Former Vice President Joe Biden recognizes the need to open the doors to the American Dream wider. As a result, he has committed to selecting a woman as his vice presidential running mate when he becomes the Democratic presidential nominee later this month.

Many nations have already been led by female presidents and prime ministers, and women have held the No. 2 spots in many countries as well. Biden’s decision to select a woman to become his vice president if he is elected president is an important sign of progress on the long road to true equality. Wisely, Biden understands that a nation needs to take advantage of the talents of all its people.

I’m an enthusiastic supporter of Biden’s candidacy, and will remain so whomever he chooses to run with him. But my advice to him is to break two glass ceilings at once by selecting a Black woman as his vice presidential pick.

There are plenty of talented Black women to choose from, and any one of them could boost Biden’s election chances, be a valuable governing partner, and help him create a more inclusive America where all people are treated as equals.

Biden has repeatedly said that he wants “someone strong,” someone “who is ready to be president on Day One,” and someone who is “totally simpatico” with him philosophically to be his running mate. What exactly does this mean? It means Biden wants to pick a person who is eminently qualified to be president right now.

But what qualifies as “qualified” in these terrible times, when more than 155,000 Americans have lost their lives to COVID-19, tens of millions are recently unemployed, and millions have taken to the streets to protest police brutality and racial inequality?

I believe that a Democratic ticket that looks and sounds like America — that is both representative of our country’s tremendous diversity and able to heal its divides — is needed to put us back on the path to greatness.

The healing is desperately needed to repair the grave damage President Trump has done to our nation and the American people with his incompetent leadership, harmful policies, and stoking of divisions among the American people since he assumed office in January 2017.

In all of American history, only three women have been major political party nominees for president or vice president.

In 1984, Rep. Geraldine Ferraro, D-N.Y., was the first woman vice presidential nominee, when former Democratic Sen. and Vice President Walter Mondale chose her as his running mate. I was honored to be a part of the staff for the Mondale-Ferraro campaign, which ended with the election of Republican Ronald Reagan as president.

And in 2016, former Sen. and Secretary of State Hillary Rodham Clinton was the first woman major party presidential nominee, capturing the Democratic nomination. She won about 3 million more popular votes than Donald Trump, but Trump was elected because he won in the Electoral College.

It’s a sad commentary that in all of American history only three women — all of them White—have been serious contenders for the nation’s two highest offices.

The late Rep. Shirley Chisholm, D-N.Y., was the first Black woman elected to the House of Representatives and in1972 became the first Black woman to seek a major party presidential nomination. But her badly underfunded candidacy never got off the ground because few people thought it was possible for a Black person or a woman to be elected president — let alone someone who fit both categories.

“When I ran for Congress, when I ran for president, I met more discrimination as a woman than for being Black,” Chisholm said years later. “Men are men.”

Today some of the strongest, most qualified, and most ready leaders in the battle against the coronavirus pandemic — and in the fight for racial equality and for an economy that works for everyone — include women of color.

Let’s start with the fight against the coronavirus. In a fascinating article published in The New York Times in May, we learned how the women leading Finland, Germany, New Zealand and Taiwan are handling their countries’ responses to the coronavirus arguably better than their male counterparts in other nations.

The article emphasizes that although “we should resist drawing conclusions about women leaders from a few exceptional individuals acting in exceptional circumstances … experts say that the women’s success may still offer valuable lessons about what can help countries weather not just this crisis, but others in the future.”

This is true both in the global fight against the pandemic and in the United States. Dr. Deborah Birx is a leader in the White House’s coronavirus task force. House Speaker Nancy Pelosi, D-Calif., is leading the response by the House. Both are helping to direct our country’s response to this crisis with exceptional strength and empathy.

Women make up more than half of essential workers on the front lines fighting the coronavirus pandemic: doctors, nurses, elder care workers, bus drivers, food service providers, and more. Imagine how worse off we would be if the old sexist saying that “a woman’s place is in the home” kept them off the front lines.

And women — and specifically women of color — are also leaders in the fight for racial equality in our country. This includes my many friends on the Congressional Black Caucus.

Black female elected officials, community organizers, and religious leaders truly understand the pain and agony of their fellow Black mothers, daughters, and sisters who have seen family members brutalized and murdered by racist police and an unequal criminal justice system.

And Black women are working tirelessly on the streets and in the halls of power, to reform this system and to pass the George Floyd Justice in Policing Act.

Because of the work of so many women on the pandemic and in the fight for racial justice, Biden’s pledge to choose a woman as his vice presidential running mate is more prescient and powerful today than when he made it March 15.

Biden’s early recognition of the need for a Democratic ticket that is representative of the diversity of our country reveals the goodness that is in his heart and the wisdom in his head.

Glenda Carr, president and CEO of Higher Heights, the organization that commissioned the poll, said: “Not only are [Black women] building blocks to a winning coalition as voters, we continue to show that Black women candidates can build a diverse coalition of voters.”

So my straightforward advice to former Vice President Biden is this: Please pick a Black woman running mate based solely on her strong qualifications to be “president on Day One,” her characteristics and values, and her being simpatico with you and your values.

Our current president and vice president have failed the test of leadership again and again. A talented Black woman can help Joe Biden send Trump and Vice President Mike Pence into political retirement and help Biden defeat the coronavirus, revive our economy, and heal the wounds of racial division made worse by Donald Trump.