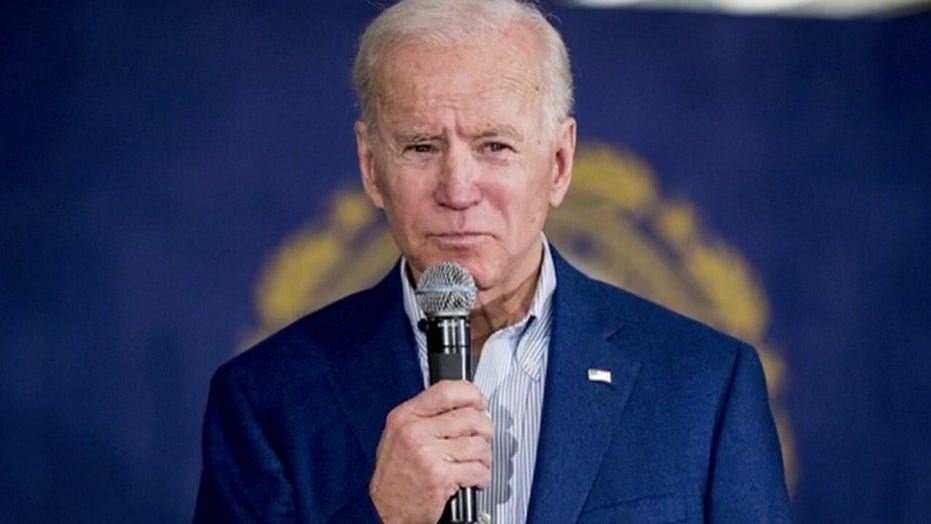 Arguably the most important decision apparent Democratic presidential nominee Joe Biden will make before Election Day is his choice of vice president. He’s already said that he intends to nominate a woman and will name a special panel to advise him on the choice by May 1. But signs suggest he’s ignoring the most important consideration.

The two criteria one hears about the most are: who can help Biden win important battleground states – either one of the Northern rust belt states that Donald Trump surprisingly won in 2016, or Georgia and Florida, which he won by 5 percent or less – and who can help ensure significant enthusiasm among minorities or progressives, whose turnout in 2016 was less than Democrats expected.

DANIEL TURNER: AOC DISRESPECTS WORKING PEOPLE – THIS TWEET TELLS US WHERE WE STAND WITH THE LEFT

By those criteria, the front-runners would include Abrams, Demings, Klobuchar and Whitmer. Klobuchar from neighboring Minnesota might appeal in Wisconsin. Whitmer could bring Michigan, as well as Wisconsin and Pennsylvania, back into the Democratic column. Demings might help in Florida, and Abrams could bring Georgia, where she lost the 2018 governor’s race by less than 1 percent of the vote.

Abrams – who didn’t concede her race because she argued that the Republicans had prevented many Democrats from voting – might help the Democrats make the argument – an article of faith for many – that Republicans seek to disenfranchise Democratic, particularly black, voters. On the other hand, do they really want to run against a president – who has argued (falsely, I believe) about persistent voter fraud in the past with a candidate who makes such arguments more salient?

Demings proved herself an articulate advocate when she served as one of the House impeachment managers. Her background in law enforcement could also be seen as a clear positive.

But there’s a third criterion that ought to be at the forefront of Biden’s calculus: who will do best in the debate against Vice President Mike Pence?

Democrats – and “Saturday Night Live” – love to make fun of the former Indiana governor, with his antiquated rules on not dining alone with a woman. Many even believed that Trump made him the chair of the coronavirus task force because he wanted him to fail and then would replace him on the ticket with former South Carolina Gov. Nikki Haley.

Pence’s seeming congenital inability to go “off-message,” combined with his smooth baritone experience as a radio talk show host, continuously enabled him to sand down Trump’s rough edges – and make them more popular with the electorate.

I’d argue that Pence’s performance in the 2016 debate against Kaine was a key reason for Trump’s victory. Heading into the debate, Trump was in the midst of offending many voters with an unneeded battle over whether a former Miss USA was overweight. While Kaine tried to hit the Republicans with that and other attacks, Pence merely shook his head and launched into various versions of “that’s not what he said.”

A CNN “instant poll” that night gave Pence the victory 48 percent to 42 percent. Moreover, the Real Clear Politics averages of national polls during the period showed Hillary Clinton losing about a full percentage point. In a period when Trump was clearly bleeding – the Access Hollywood tape came out three days later – Clinton wasn’t gaining, and the only “good news” the Republicans were getting came from Pence.

That’s not the only time a vice presidential debate was important in a campaign.

In fact, in the last nine presidential races, the vice presidential debate has been clearly decisive in at least four, and arguably five. In none of those races were any of the vice-presidential candidates crucial in winning their home state.

In 2000, candidate Dick Cheney – whose lackluster campaign performance was causing the George W. Bush staff to send him exclusively to events in “safe Republican” states – easily defeated Democratic nominee Joe Lieberman, and his win may have been decisive in that close contest. The “instant polls” that night handed Cheney the win 43 to 24 percent.

In 1988, Democratic vice-presidential candidate Lloyd Bentsen fairly convincingly demolished Republican Dan Quayle with the scripted line, “You’re no Jack Kennedy.” I say scripted because Quayle for weeks had been saying, “I have more experience than Jack Kennedy had.” If Bentsen’s handlers hadn’t prepared him for that line they would’ve been sued for mal-political-practice. It was one of the few nights of hope for the Democrats that year. And, by the way, Bentsen wasn’t able to carry his home state of Texas – the ostensible reason for his selection.

Four years earlier, in 1984, President Ronald Reagan exhibited clear signs of age in his first debate against Walter Mondale, According to the Harris survey at the time, Reagan’s lead was cut to 53-44. But Vice President George H.W. Bush fairly handily defeated Democratic vice-presidential candidate Geraldine Ferraro. One pollster at the time told me that Reagan had been bleeding in their daily tracking until the night of the Bush-Ferraro debate. Reagan was not going to lose that campaign, but Ferraro didn’t give Mondale the support she could’ve provided.

The bottom line for Biden: make sure you consider how well your choice will do against Pence.

On that criterion, the candidates who likely will do well include Harris and Warren. Harris scored the only points against Biden when she attacked him in one of the early Democratic debates. While she often did poorly in unscripted situations, she certainly proved her mettle that night (but Biden might still be annoyed with her).

Warren destroyed billionaire Mike Bloomberg in the first debate where he appeared – and arguably paved the way for Biden’s candidacy (that said, Biden is likely counting on some Bloomberg super-PAC support this fall, and he might still be annoyed with her).

.Klobuchar never failed in one of the debates – but never really scored a knockout (and she clearly tried several times with Pete Buttigieg). The others are more unknown, though Demings did well in the impeachment hearings, and Whitmer recently has proven her mettle – at least on Twitter – against President Trump.

My bottom line: whoever Biden chooses, don’t bet on a knockout against Pence.