Gov. DeSantis on vaccine mandates: Florida wants to 'protect all the jobs'

Florida Gov. Ron DeSantis says his state is trying to recruit law enforcement who are 'not being treated well' from other states amid vaccine mandates.

One of my kids’ favorite series is "Divergent." Set in a dystopian society where people are divided into "factions" based on particular virtues, the protagonist is "divergent" and does not fit neatly into one of the government’s groups. Viewed as a threat, the government is trying to rid society of the divergents by removing them from their jobs and even hunting them.

Watching the film with my children, I was struck by similarities between the treatment of the divergents in the fictional series, and the treatment of divergents in President Biden’s America, specifically as it relates to the unconstitutional vaccine mandate. Through the mandate, President Biden is expelling independent thinkers from the ranks of the military and federal government.

WILL SWAIM: GARLAND'S ATTEMPTS TO SILENCE PARENTS NOTHING NEW FOR CALIFORNIANS

Think about the whistleblowers who exposed the Internal Revenue Service’s (IRS) and Department of Justice’s (DOJ) targeting of conservative nonprofits, or the mid-level State Department employees who sent a dissent cable warning of the fall of Afghanistan.

If they are removed from their positions, the only people left to advance into leadership of our agencies will be the members of the Good Ole Boys Club who all share the same liberal ideology.

The employees who turn the wheels of government aren’t elected; they don’t have to consider that their power is derived from the consent of the governed. They advance through the bowels of bureaucracy, making rules and promoting those who will make rules in the future.

With this mandate, those divergent thought leaders – predominantly conservative and skeptical of big government – will self-identify via their vaccination status. That will make it easier for them to be fired or intentionally bypassed for promotions, meaning that their liberal peers will disproportionately become the rule makers in the future.

Or, consider our nation’s service academies: each year, over 20,000 of the brightest students study at West Point, and the Naval, Air Force, Coast Guard and Merchant Marine Academies. They advance from lieutenants to colonels, generals and admirals. If they refuse the vaccine, though, they will never graduate, commission or go on to be the leader that they’ve trained to be. For at least four years, our military will be void of officers who are willing to think critically and stand up for the freedoms of all Americans.

The problems don’t stop there.  Many who are already marching through their military career will be purged, leaving a huge imbalance in the fight against "wokeism" within the Department of Defense.

President Biden, however, is not content to just rid the military of these individuals, he is seeking a dishonorable discharge that would render it impossible for officers to obtain a security clearance or serve in another government agency, such as the Federal Bureau of Investigation (FBI) or local law enforcement. Make no mistake, this is by design.

America won’t be safe if independent will is wiped away.

On top of that, using the Occupational Safety and Health Administration (OSHA) – a division of the Department of Labor – President Biden is also planning to punish private businesses and attempting to rid those companies of any divergent thinkers they employ. If the company doesn’t comply, it will be excluded from receiving any government contracts, a major financial penalty. His grasp for control knows no bounds.

I won’t stand by while fellow patriots are fired over this order. If you’re an employee concerned that your vaccination status will impact your employment, head to my website, mast.house.gov/vaccinemandate. At your request, I will write to your employing agency or military branch and demand that, at the very least, it acknowledges in writing all liability for potential adverse side effects. 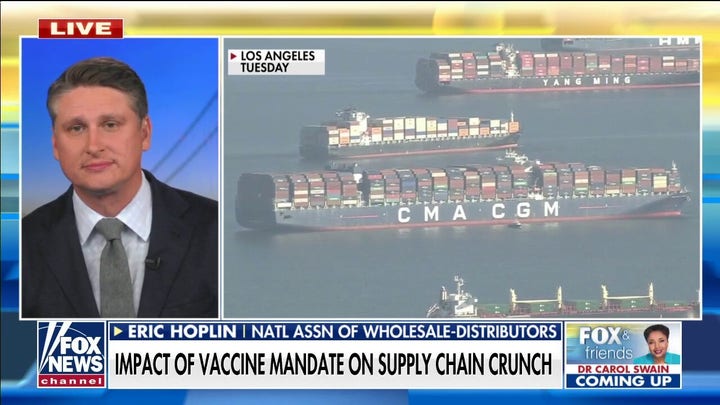 Ultimately, the Biden administration should accept liability, not just regarding the vaccine, but for the lasting impact that purging independent thinkers will have on our nation’s leadership.

We need dissenting opinions, and we need people who aren’t afraid to share them. The Biden administration doesn’t want this. As "Divergent" concluded, the tyrannical leader offered a monologue that, sadly, could’ve been included in one of President Biden’s teleprompted speeches:

"We are safer when everything that makes up a person – thoughts, emotion and history – are wiped away by chemistry. The brilliance of the faction system is that conformity to the faction removes the threat of anyone exercising their independent will, and Divergents threaten that system."

America won’t be safe if independent will is wiped away. If someone wants the vaccine, they should be able to receive it without involvement from a military branch or government agency, and those who refuse it deserve the same treatment.

But this isn’t about what Americans deserve, this is about how the liberal faction is crushing the will of public servants and grabbing power in order to control government agencies for generations to come.