After President Biden’s face-to-face meeting with Vladimir Putin in Geneva last week, I couldn’t help but think of my trip to Russia in 1993.

I was on a congressional delegation visiting Moscow when Boris Yeltsin was president and the West had great hopes for a more open, democratic Russia. I went to see the then-vice president, who was an air force general, in his office. One entire wall of the room was a map of the Soviet Union.

Being cheerfully ignorant, I said to him, "Gosh, that’s a map of the Soviet Union."

He looked at me and he responded, "Yes, and that’s what it’ll look like again."

Putin himself has expressed similar sentiments, calling the collapse of the Soviet empire the "greatest geopolitical catastrophe" of the 20th century.

One can’t underestimate how important Putin’s experience as a Soviet agent in the KGB was – and is – to his mindset today. Indeed, we should think of Putin as a rational man, but rational from the framework of a Cold War-trained KGB officer who regards a certain level of violence and brutality as just how business gets done.

The KGB considered the West an enemy and anything damaging that happened inside the Soviet Union a result of Western influence. This same thinking continues to dominate the minds of Putin and his associates today.

The bottom line is this: We won’t be seeing a Russian reset anytime soon – especially if American leaders don’t establish credible deterrence.

The notion that we can discuss current trends in Russian assassinations is quite telling about how strange and brutal Putin’s regime is.

Russia’s leaders, like their Soviet predecessors, feel a need to project a brutal toughness abroad because otherwise, they believe, the West’s advantages would be overwhelming. One of the more blatant and horrifying examples of this kind of projection is Russia’s use of poison as a weapon to assassinate opponents in Europe and elsewhere.

I explore some of the most ruthless and nefarious Russian murder plots, along with what animates Putin, this week on my podcast, "Newt’s World." My guest to discuss all this is Amy Knight, a deeply knowledgeable expert on Russia and author of "Orders to Kill: The Putin Regime and Political Murder." 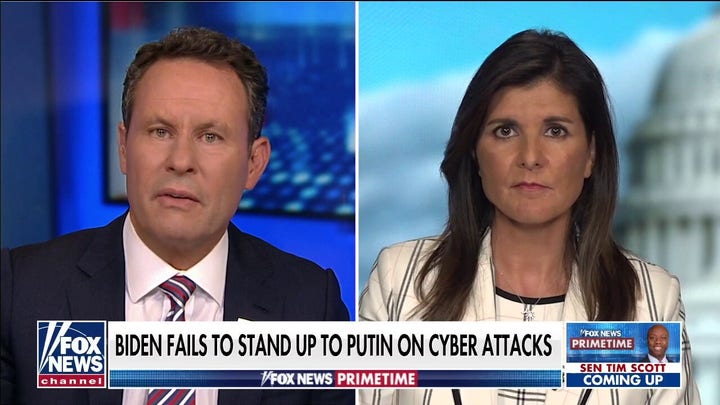 What’s so interesting is how open and sloppy Russia is with its poisoning. The operations are hardly secretive. It seems like they want to send the world a signal. The Kremlin certainly doesn’t appear bothered if we know they’re behind any of these plots.

The notion that we can discuss current trends in Russian assassinations is quite telling about how strange and brutal Putin’s regime is. But as Knight explains, Russia never had a proper lustration after the collapse of the Soviet Union. Russian authorities never rid themselves of former KGB and Communist Party officials. There was never a true reckoning with Russia’s Soviet past, which explains, at least in large part, why Putin’s Russia is so cruel and anti-democratic.

It would be great if there was a way to get to one more Russian revolution leading to an open and genuinely democratic Russia. But sadly, we may not see that in our lifetime.