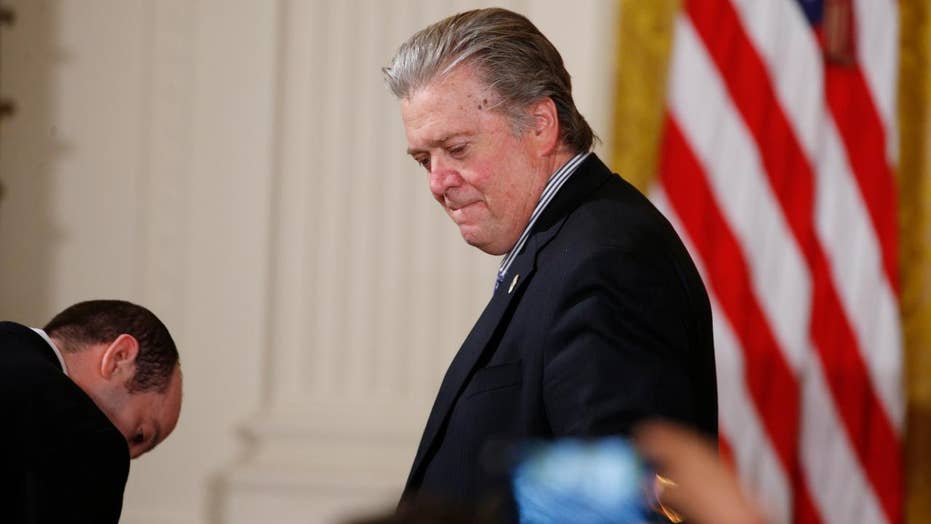 Steve Bannon was one of those rare senior White House aides to predict with almost exact precision his departure.

The New York Times reported that Bannon had “told people in his orbit that he never expected to last in his current position longer than eight months to a year.” The White House chief strategist cleared out his desk today.

As a self-described “honey badger’ – in nature a thick-skinned, sharp-toothed and fearless adversary – Bannon must have known he was living on borrowed time.

In the course of seven months Bannon’s  sharp elbows had raised the ire of almost every other senior aide in the White House – including Jared Kushner, the presidential son-in-law, who believed Bannon was leaking negative stories about him. In the end, family ties trumped the intellectual bond that Bannon had built with Trump on the campaign trail.

We are likely to see the president’s former chief strategist and someone who Trump himself called “a friend” this week engaged in an all-out war against some of the people Trump has hired to run the White House.

What will Bannon do now? After months of fighting inside the White House to “let Trump be Trump” he has told friends he will likely be the most visible flame carrier of unalloyed Trumpism he can possibly be. His likely vehicle against his “globalist” foes inside the White House will be his old website, Breitbart.com, which he has described as “a killing machine.”

Breitbart is already laying the groundwork for Bannon’s return. Joel Pollack, a senior editor there, greeted the news of Bannon’s departure from the White House with the hashtag @WAR.

A headline on Breitbart reads: “With Steve Bannon Gone, Trump Risks Becoming Arnold Schwarzenegger 2.0.” That’s a reference to the action movie star who won the governorship of California in 2003 as a reforming conservative – but after some choppy water hired former aides to his liberal predecessor and steered state policy to the left on health care and climate change.

Bannon is under no illusions about what the remaining White House aides will do. The Washington Post’s Robert Costa reports that Bannon has told associates in recent days that after he leaves, the Trump White House will be “Democrats, bankers and hawks.”

President Trump’s administration has been full of surprises and precedent-shattering events. Now we are likely to see the president’s former chief strategist and someone who Trump himself called “a friend” this week engaged in an all-out war against some of the people Trump has hired to run the White House.

In military circles, it’s common to recruit a Team B of analysts to question and second-guess the conclusions of the main decision-makers. In this case, Bannon has apparently decided he’s going to privatize that role and run his own Team B, challenging the Trump White House.