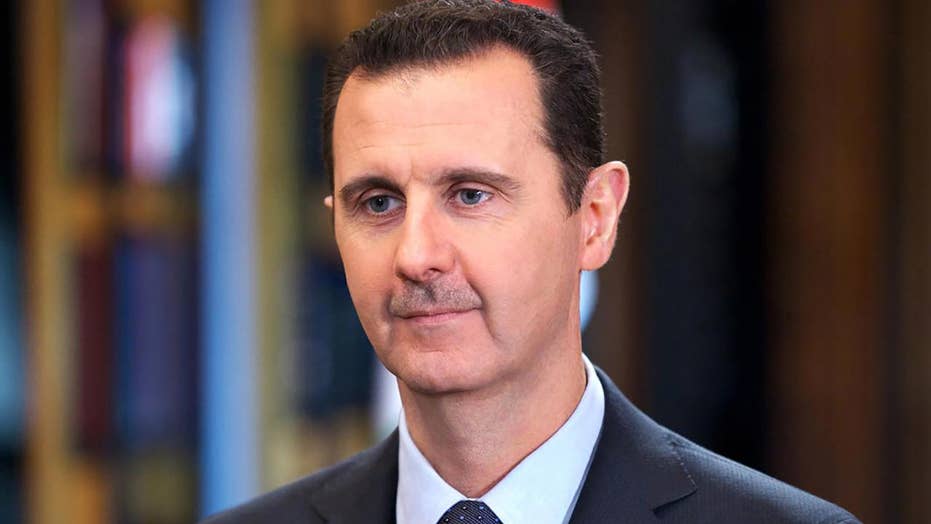 Will Syria strike deter Assad's use of chemical weapons?

Missile strikes by the U.S., France and Britain that badly damaged Syrian dictator Bashar Assad’s chemical weapons infrastructure Saturday were an important first step to improve the lives of the Syrian people. But more is needed. Assad must go.

Despite the attack on Syria, its allies Iran and Russia are very unlikely to heed President Trump’s call to stop backing Assad’s criminal actions. And despite the attack, Assad will most likely use chemical weapons again.

As a result, President Trump should be prepared to order follow-on missile strikes and more stringent measures against Assad’s remaining research and chemical facilities, as well as against the aircraft and forces that deploy chemical weapons. We should not wait until Assad uses his chemical weapons again.

President Trump ought to press the Russians to marginalize Iran and replace Assad with a more pliable leader who is willing to make a deal with the opposition and end the horrific 7-year civil war in Syria.

The only way to accomplish this may be to signal to Moscow and Tehran that the U.S. is ready to launch more missile strikes against Assad regime targets and new ones against the Iranian Revolutionary Guards in Syria and their proxies.

We must maintain a constant and steady level of military pressure against Damascus and Tehran, until Moscow agrees to jettison both Iran and Assad as its clients.

President Trump has demonstrated that he can build a foreign policy legacy that does the right thing in Syria – for American national security interests and for humanity – while his predecessor went horribly wrong.

Many in the Pentagon are worried that a singular focus on destroying the last remnants of ISIS would be derailed by a major military campaign against Assad and Iranian proxies in Syria.

But in reality, as long as Assad is able to maintain even a residual capacity to gas thousands of civilians at will with Iran’s backing, the ensuing chaos will only serve to fuel Islamist extremism for the foreseeable future.

The chaos will also allow terror networks to regenerate, despite the battlefield progress that has been made against them.

The status quo cannot hold in Syria. The U.S.-British-French missile strikes should be seen as a first step to a broader strategy that will lead to regime change and see a new leader replacing Assad.

As of now, Assad shows no sign of stepping down. He and his Iranian backers remained defiant Sunday as the dust settled from the barrage of cruise missiles and air-to ground smart bombs launched by American, British and French warplanes.

President Trump’s decision to strike three sensitive military and chemical weapons facilities in and around the Syrian capital of Damascus broke the myth that a U.S. military attack against Assad would lead to unmanaged escalation and push America into a war with Iran and Russia.

Despite Moscow’s bluster in the days leading to the missile strikes, and Russia’s fabrications after the strikes, it is now clear that the Russians will not act to protect Assad. Russia also failed to act when Turkey and Israel hit Iran’s Revolutionary Guards and their proxy fighting forces in Syria.

It may now be time for the U.S. to target the Iranian fighters as well as part of a broader Syria strategy. Iran’s Revolutionary Guards have propped up Assad with personnel and arms, and they have built missile and rocket factories in Syria for the Lebanese terrorist group Hezbollah to use to target Israel and threaten regional moderate Arab allies.

The last two U.S. air strikes on Syria have shown us that Russia’s air defense assets are there to protect Russian military bases, not to protect Assad or Iran. Russia chose once again Saturday not to use its advanced integrated air defense systems to try to shoot down incoming missiles.

Iran and Assad are now becoming liabilities for Russia – so the U.S., along with our allies, should keep the pressure on.

This doesn’t mean that the U.S. has to find itself embroiled in a new Middle Eastern quagmire. Burden-sharing is crucial in this regard. President Trump is right that it is high time for others to pay in the Middle East.

The president could establish a Syria Fund as part of a new regional Sunni alliance with the Arabian Gulf States and Turkey to help with Syrian reconstruction efforts and to eventually play a role on the ground so that U.S. military service members no longer have to be deployed in Syria.

President Trump has demonstrated that he can build a foreign policy legacy that does the right thing in Syria – for American national security interests and for humanity – while his predecessor went horribly wrong.

In Syria, President Trump should seize the moment that he has now charted and keep pressing to oust Assad as the next step toward a sustainable peace.

Oubai Shahbandar is a former Pentagon Middle East analyst and an international security fellow at New America. Michael Pregent is a Fellow at the Hudson Institute and a former intelligence officer.