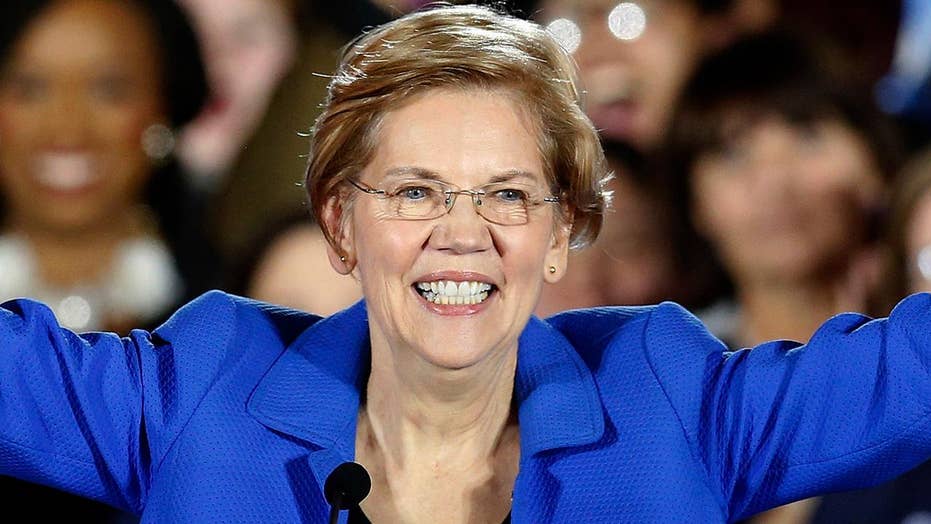 The calendar has flipped to 2019, and that means presidential politics are kicking into high gear. Senator Elizabeth Warren, D-Mass., got the fun started, triggering an avalanche of fellow White House wannabes in the coming days.

Last week, an analysis from Bloomberg News likened the forming field of contenders to the start of the March Madness college basketball bracket. It’s an appropriate analogy, not only because of the vast number of names, but also the unpredictability of the outcome. The Democratic nominating process is quite literally a jump ball.

Another worthwhile comparison to the Democrats in 2020 is looking back at the Republican nominating process in 2016. Four years ago, the 17-person GOP field boasted the brightest stars from Congress and statehouses across the country. United in their opposition to President Barack Obama, they all offered a change of direction. They all struggled to understand the undercurrents in their party that, driven by pitchfork populism, had shifted many of its bedrock principles on trade and America’s role in the world. One candidate recognized the changing political winds, and he now sits in the Oval Office.

It is a similar story now on the other side. There could be as many as 40 household names vying for the Democratic prize. A recent CNN headline stated “Democrats head into 2019 split on everything but Trump.” Populism has hijacked the left-of-center policy debate, with polls showing socialism more popular than capitalism. Ideological purity and litmus tests on energy, health care and immigration are driving the discussion. The center-left governing days of the Obama era championing global trade deals are a distant memory.

Speaking of debates, Democratic bigwigs tried to head off headaches by announcing they will hold at least a dozen, beginning in June 2019. Last time, the debate over debates consumed attention in both parties. Supporters of Bernie Sanders accused the Democratic National Committee of rigging the process for Hillary Clinton, while Republicans argued about the qualifying threshold to make the primetime contests.

How the party infrastructure accommodates the immense number of candidates is an open question and promises to be messy process. In this age of cable news sound bites and viral social media videos, one thing is certain: being on the big debate stage matters. It made and broke candidates in 2016 and will again in 2020.

Ultimately, the successful Democratic nominee will be able to do two things: win over at least two of the competing factions of the party – establishment, liberal, diverse and outsider – and articulate an authentic economic vision that goes beyond reflexive opposition to Trump. The actions of the 44th and 45th occupants of the White House offer clues on how that process will play out.

Trump is presiding over an economy that remains healthy. The Democrats have yet to find a compelling alternative economic message.

Not content to fade into retirement, Barack Obama’s post-presidential life has broken from tradition. A vocal critic of his successor, Obama actively campaigned for Democrats in last year’s midterms, endorsing more than 300 candidates. His blessing remains highly coveted, and the public comments from his former staff and advisers are parsed for clues about his thinking.

While the party he once presided over is divided on most everything, they are united in their reverence to Obama. Should he throw his support behind a candidate down the road, he could be the only prayer the party has of a semblance of unity.

That brings us to President Trump. Despite the recent turmoil, the nomination is his for the taking as long as he runs again. It’s difficult to unseat a sitting president, and you can’t beat someone with no one –  a lesson the anti-Nancy Pelosi House Democrat insurgents just learned.

Beyond incumbency, Trump is presiding over an economy that remains healthy. The Democrats have yet to find a compelling alternative economic message.

Speaking of breaking from tradition, Trump is not going to take the route of focusing on being a president and ignoring the noise from his competition. Hours after Warren made her news, Trump was questioning her mental health in a media interview, reminding voters of her Native American scandal and denying her valuable news oxygen.

Trump’s megaphone and ability to disqualify his opponents are unmatched. Unlike last year’s midterms, next year’s presidential race will be a choice between two candidates and not a referendum on one. That’s a fight that favors Trump, regardless of what Democrat ends up facing him.