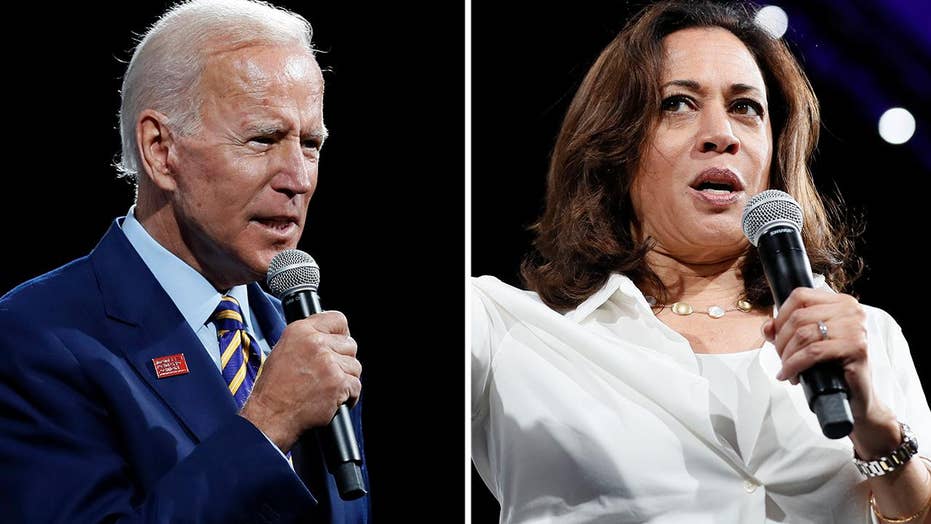 Alveda King weighs in on the left's continued attacks on President Trump.

Now, a little more than a week later, in response to the horrible massacres of predominantly Hispanic customers at an El Paso Walmart, and predominantly African Americans in Dayton, the Democratic candidates have decided to be more explicit than ever in accusing Trump of being a “white nationalist” seeking to blame him for the two attacks.

A number of fairly sophisticated political observers, including in the Wall Street Journal, have suggested that this move by Democrats is shortsighted.

BETO O'ROURKE CALLS TRUMP 'WHITE SUPREMACIST,' SAYS US 'HAS BEEN RACIST SINCE IT'S BEEN A COUNTRY'

I disagree with these observers.

I actually think this may be a very shrewd strategy for Democrats, though it may even further polarize American society in the long run.

Most presidential campaigns – regardless of party – tend to follow Richard Nixon’s campaign strategy: win the primaries by moving as far-right [for Republicans, left for Democrats] and then move as fast as you can to the center for the general election.

But we’ve seen what happens when Democrats have tried to follow that dictum this year – they’ve come closer to painting themselves into a progressive corner – on immigration, health-care, and even gun control, that can leave themselves vulnerable to Republican attacks after a nominee is chosen. Not only do they risk alienating many potentially anti-Trump voters, but also risk dividing the party itself.

Indeed, a number of folks have described how despite the solid popular vote lead that almost all Democratic candidates appear to currently have over President Trump, their stand on those issues could cause them challenges winning the essential states of Michigan, Pennsylvania, and, especially, Wisconsin.

But consider the two apparently most effective campaigns for the nomination – Vice President Joe Biden’s and Massachusetts Senator Elizabeth Warren. While Biden had a very solid lead prior to entering the race, his support grew significantly after his announcement video focused almost exclusively on a focused anti-Trump message.

Similarly, Warren, not only focused on an issue focused message [“I have a plan for that”] but also became the first announced Democratic hopeful to call for Trump’s impeachment.

In the wake of the two El Paso and Dayton murders, almost all of the Democratic hopefuls – many of whom had explicitly said they have been seeking to campaign without mentioning the president’s name – have joined the “#Resist” bandwagon. For example, former Texas Rep. Beto O’Rourke, from El Paso, gave a seemingly off-the-cuff, expletive-laden, interview, accusing the president of being racist and the press of failing to report that. Others have joined in.

Regardless of how one feels about the president’s rhetoric, which even he would agree has been divisive, I suspect this is good presidential politics.

While Democrats disagree on how to handle immigration, whether to support “Medicare-for-All,” and what constitutes “common-sense gun control,” the one thing that appears to unite them is opposition, even hatred of Donald Trump. Indeed, according to the latest Fox News poll, fully three-fourths of Democrats want him impeached.

Indeed, almost nine in ten Democrats, according to the same poll, believe Trump does not respect racial minorities, while almost seven in ten Republicans, believe he does.

While Democrats disagree on how to handle immigration, whether to support “Medicare-for-All,” and what constitutes “common-sense gun control,” the one thing that appears to unite them is opposition, even hatred of Donald Trump.

Overall, a majority of the country believes Trump does not respect racial minorities but am not sure if independents are as likely to stick with that opinion as Democrats.

So the current strategy could easily be a very effective tool for winning the Democratic nomination.

Will it be as effective in the general election campaign? I don’t know, though it may be easier to follow Nixon’s dictum, and race back to the center on that issue than on the others.

The bigger fear is what happens to our country – with a large group (roughly 40 percent) that strongly supports almost everything the president does and says – and an apparently equally large group (roughly 40 percent) that considers him racist – and about 20 percent of folks in the middle who will be called upon to referee between those two extremes.