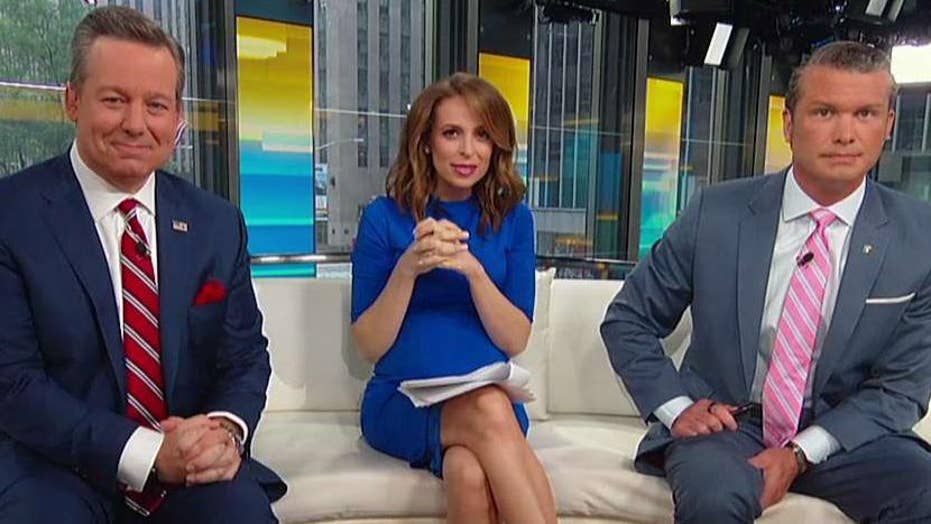 President Trump weighs in on 2020 Democratic presidential debate while overseas

Trump compares the first 2020 Democratic debate to his 2016 experience.

Sahl, still going strong at 92, started doing comedy during the Eisenhower administration. He may be the only person who both wrote jokes for John Kennedy and socialized with Ronald and Nancy Reagan, while telling jokes about them.

As Sahl put it: “A conservative doesn't want anything to happen for the first time; a liberal feels it should happen, but not now.”

Something of a comedian’s comedian, the shock radio jock Don Imus talked about how he was going to attend a Mort Sahl gig at New York’s Bottom Line and said “I’m only ordering grapefruit juice, I don’t want to miss a word.”

I was taking notes during the Democratic debates and was only drinking grapefruit juice — and kept imagining Mort Saul, on stage at the Hungry I in San Francisco, looking up from his folded newspaper, and asking: “Is there anyone I haven’t offended?”

Over 30 million Americans watched at least one of the debates via television or video stream, and even more saw clips of the debates on news programs. What they heard was at least one Democrat articulating opinions clearly outside the mainstream of public opinion — and the kind of positions that the Trump campaign wants to pin on the back of whichever Democrat becomes the nominee.

Indeed, the Democrats seemed to be tag-teaming to prove Republican talking points.

One example was "socialized medicine." Many of the candidates support "Medicare-for-all," which, according to proponents, involves getting rid of private medical insurance. Not every Democratic candidate supports this — and several attacked their opponents for taking this position.

While the consensus Democratic position appears to be allowing people to buy into a Medicare-type insurance program, enough Democrats are pushing “Medicare-for-all” that they run the risk of the public thinking that is their overall approach.

Another example was "open borders." Trump and the Republicans often speak about how the Democrats are for "open borders," or allowing anyone to enter the country, regardless of need for asylum or ability to contribute to society.

I’m not sure that’s the consensus Democratic view — which is more about opposition to the way the Trump administration has been capturing folks at the border, separating families and holding them in detention.

But when asked about what they would do about people crossing the border, no Democrat seemed to take the position that the U.S. should be able to decide (fairly) who needs to be offered asylum and who could be – safely and fairly – refused entry.

Similarly, almost all the Democrats were caught taking the position that they would provide health insurance to illegal immigrants. In the second debate, each candidate raised his or her hand in support of that position. No one sought to finesse the issue by pointing to the fallacy of that question: All hospitals (today) will treat anyone who shows up in need of care.

Someone needs to pay for that care. We can either do what we do today (hospitals set prices for the rest of us to cover that cost) or figure out an equitable way that pays hospitals for the care they provide, regardless of agreed approach to immigration.

On gun control, most of the Democrats take the position of "commonsense gun control," arguing that states have seen reductions in gun violence and suicides without violating the Second Amendment. But others take the position that the government should buy back assault weapons. Again, they are potentially playing into the hands of Trump, who has argued that "Democrats want to take away your guns."

On climate change, there is increasing consensus that the climate is changing and that it is a clear crisis for the planet. But the Democratic articulation of what they want to do seems to play into the hands of people (especially Republicans) who claim that the only way to address climate change is to hurt the economy significantly. Some Democrats argue that the opposite is true, but that view was not on clear display in either of the first two presidential candidate debates.

In the current environment, one candidate appears in position to defeat Donald Trump, and that’s Donald Trump. The polls indicate that, as of today, if voters are asked to choose between Trump and "not Trump," a clear majority will vote "not Trump."

The strategic implication is that the Democrats should look to nominate someone who will keep the focus of the election on Trump. But in the way they are running for the nomination, Democrats appear to be working to ensure that every swing voter finds one or more things that he or she really doesn’t like about the Democrats.

Rather than stealing a line from Mort Sahl, they should look to the Hippocratic Oath: First, do no harm.