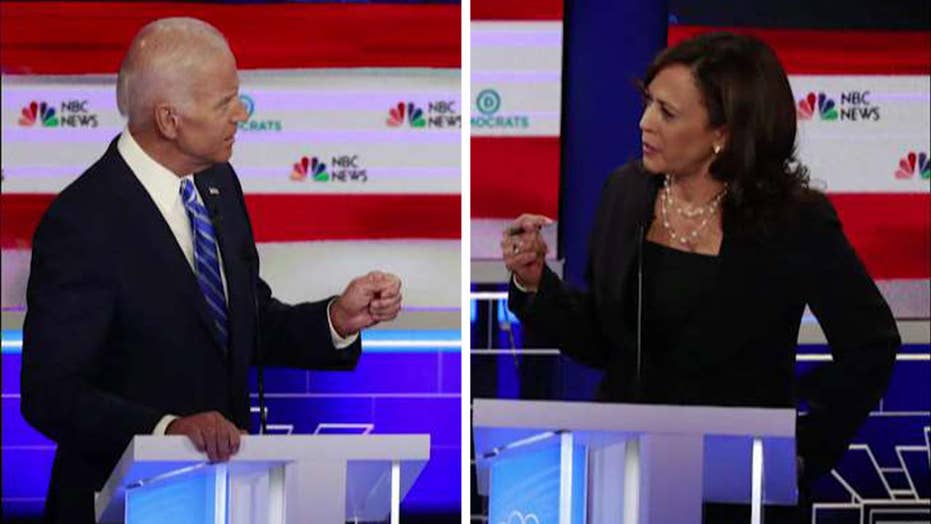 ​​​​​​This Tuesday and Wednesday, the top 20 Democratic presidential hopefuls have their second round of debates. The most recent Fox News Poll provides a very useful way to determine what each of the top tier candidates will need to accomplish, in order to maximize their chances in the early primaries.

According to the Fox Poll, the Democratic electorate is clearly split between ideology and the importance of defeating President Trump. Over half, 56 percent, say they want to nominate someone who can win, while fully 41 percent (4 out of 10) of the party should nominate someone who will fundamentally change the way the economy works.

The results demonstrate the strength of the party’s progressive wing (essentially 4 out of 10 Democrats) as well as suggest how this week’s debates will play out. 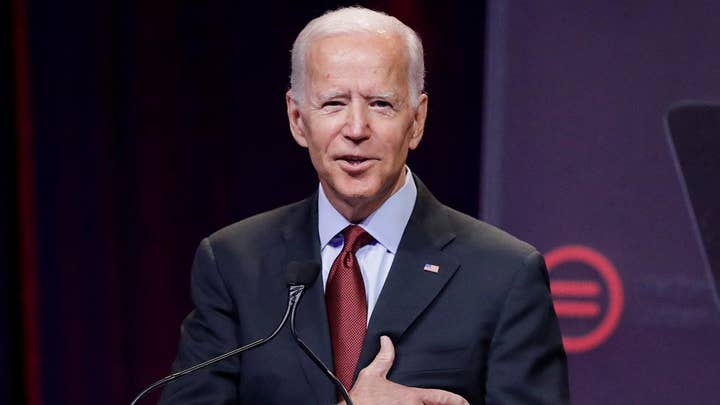 When asked which candidate they support, the poll shows Biden with by far the largest share of support: 33 percent among Democratic primary voters, more than twice as much as any of the candidates generally considered in the “top tier” – Vermont Sen. Bernie Sanders with 15 percent, Massachusetts Sen. Elizabeth Warren with 12 percent, or California Sen. Kamala Harris with 10 percent. Among the others, only South Bend Mayor Pete Buttigieg registers more than 2 percent, running at 5 percent.

One of the clear reasons Biden is doing so well is that he does equally well among whites and non-white Democrats. Despite the fact that there are three non-whites in the race (Harris, New Jersey Sen. Cory Booker and former Housing Secretary Julian Castro), none has yet been able to generate a distinct appeal to what some would view as a potential natural base.

But remember the most important thing about primary polls of primaries. Very few candidates in primaries have a true “base.” Unlike in general elections, where each party’s nominee benefits from the fact that roughly 40 percent of Americans are likely to vote for them (due to party loyalty), support for even the strongest-appearing “hopeful” could easily melt in the face of a series of weak incidents, or an unknown candidate can emerge after a particularly strong appearance.

While primary numbers are subject to shift during the campaign, it’s significant that Biden continues to have a significant lead, especially over Harris, given how much better many thought she had performed against him in their first debate encounter. She did well, he did badly, and yet the poll numbers seem to have stabilized for him.

Still, the results could be fully accurate today – but not necessarily describe what the race will look like after this week’s debates.

Through the luck of the draw, the two debates feature individual fights over the two wings of the Democratic party that Fox identified.

The Tuesday night card features the two candidates who most clearly articulate a vision of changing how the economy works – Sanders and Warren – as well as eight of the lower-tier candidates. In recent weeks, Sanders appears to have lost some support in the polls, while Warren has become an increasingly capable candidate. If either can eclipse the other, they have a chance to dominate the 40 percent of the Democratic electorate looking for a progressive voice, and would likely gain significant momentum going into next year.

The story of the night will likely be how directly they attack each other, and whether either achieves their ultimate goal of dominating the progressive wing. Additionally, some of the lower-tier candidates may seek to win attention by attacking some of the progressive wing’s more liberal positions, such as "Medicare-for-all" or their position on immigration. Their calculus is simple: either Sanders or Warren will be dominating the progressives, and their only path is to generate major support among the 56 percent seeking a simple victory over Trump, who likely prefer more moderate positions.

The Wednesday night debate features Biden and Harris, and will likely feature a fight for the support of “electability” voters, as well as a challenge to his strength among African American voters.

African Americans represent a clear majority of Democratic primary voters in the South Carolina primary, the third contest after Iowa and New Hampshire. Biden’s fear is that an African American opponent (e.g. Harris or New Jersey Sen. Cory Booker) does well enough in either Iowa or New Hampshire to enable them to take away some of Biden’s black support in South Carolina.

My belief is that all eyes will be on Biden – to determine whether he can address doubts that arose after his lackluster performance in the first debate, as well as the challenge to his support among African Americans.

One reason to bet on Biden: He’s historically done better when he’s fighting uphill – and he has two opponents that have been directly attacking him (Harris and Booker), potentially giving him a chance to attack back in a way that he’s done well – see the 2012 vice presidential debate against GOP Vice Presidential candidate Paul Ryan.

If Biden does not do well, any decline may help either Harris/Booker, or may encourage yet another Democrat to join the fray. Already, Ohio Sen. Sherrod Brown, who earlier had declined to run, has been sharing private texts between him and his wife with the New York Times about how he kinda regrets not running.

The “hint” was fairly clear: if Biden falters, he might enter with a clear electability argument “I can win Ohio – Trump will lose if he doesn’t carry Ohio.”