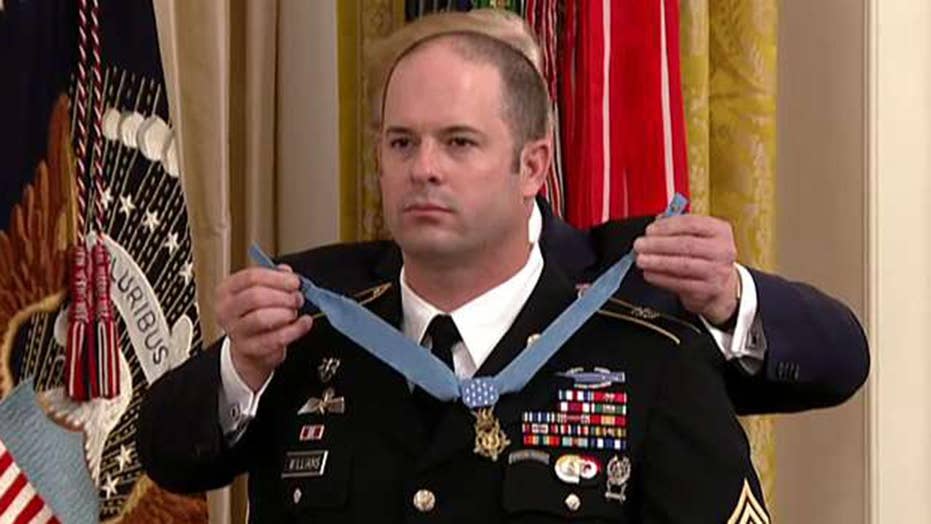 Here’s to the healthiest rivalry in American sports.

There’s a reason it’s called “America’s Game.” When the Army Black Knights and the Navy Midshipmen meet at Lincoln Financial Field in South Philadelphia this weekend, it will be occupied by players on both sidelines who have pledged themselves to a lifetime of service to our nation. And the stands will be full of men and women who have made a similar pledge – from current cadets and midshipmen, to active duty soldiers, sailors, and Marines, to those whose days on active duty have passed, but whose passion to serve remains.

For one of the oldest rivalries in college sports, Army-Navy sets a tone of sportsmanship that’s too often missing today. Unlike other major college rivalries, most of the starting players aren’t playing to catch the attention of agents or professional scouts – they’ve already been recruited, and their contracts have already been signed.

Before the coin toss, I wish to thank both teams, not only for their military service, but for serving as honorable examples of discipline, strength, intelligence, and honor to the Americans watching at home.

We could use more Army-Navy games these days. Noncontroversial gatherings are scarce. So many activities have become political Rorschach tests for one ideology or another. But that makes these opportunities to unite so precious. During this event, thousands of people will watch something that uplifts America and the men and women who keep the United States free.

I graduated from West Point in 1995, so I may be a bit biased. Nevertheless, this game is unlike any other. Fans come from all over the country to root for their team in the City of Brotherly Love. It’s often an intergenerational celebration of patriotism and excellence. The Olympics may come close to simulating this atmosphere, but geopolitical forces don’t cast a pall upon the Army-Navy Game the way they can every four years at the world games.

Perhaps it’s because at the end of the game everyone is a winner. I don’t mean this in the participation trophy mentality we’ve come to expect from intramural sports. I mean it in the sense that the United States wins whether the Black Knights win for the fourth year in a row or if the Midshipmen somehow defeat the better team.

Even during the bleak 14 years when the Midshipmen dominated the contest, West Point cadets knew that after graduation they would grip hands in a united effort to support and defend America’s Constitution against all enemies, foreign or domestic. West Point alum Gen. Douglas MacArthur had a great perspective, saying, “Upon the fields of friendly strife are sown the seeds that, on other days on other fields, will bear the fruits of victory.”

Differentiating the branches of the military allows for bright men and women to specialize, develop expertise, and then work in tandem with the specialties of the other branches. Our nation’s military wouldn’t be the best in the world if it weren’t full of some of the most talented people in our country, well-equipped, and well-trained to lead in order to fight and win our nation’s wars. Plus, as the Army Rangers pointed out in the pre-game video, even Navy Seals need someone to look up to!

So, when the Black Knights take the Commander in Chief Trophy home at the end of the game, America remains the victor. When this outstanding class of cadets and midshipmen graduate in May, they will inevitably work together to defend freedom.

Win or lose, both teams will raise their voices and sing the alma maters for both schools. And, the most important song of the day will remain the Star-Spangled Banner. What could be more absolutely American than watching Army-Navy to finish college football’s regular season? God Bless America!

Congressman Warren Davidson, R-Ohio, is a member of the House Financial Services Committee. He spent 15 years starting, acquiring and growing manufacturing companies before replacing former Speaker John Boehner in the United States House. Davidson is a former Army Ranger, graduated from the U.S. Military Academy at West Point and received an MBA from the University of Notre Dame.
ADVERTISEMENT