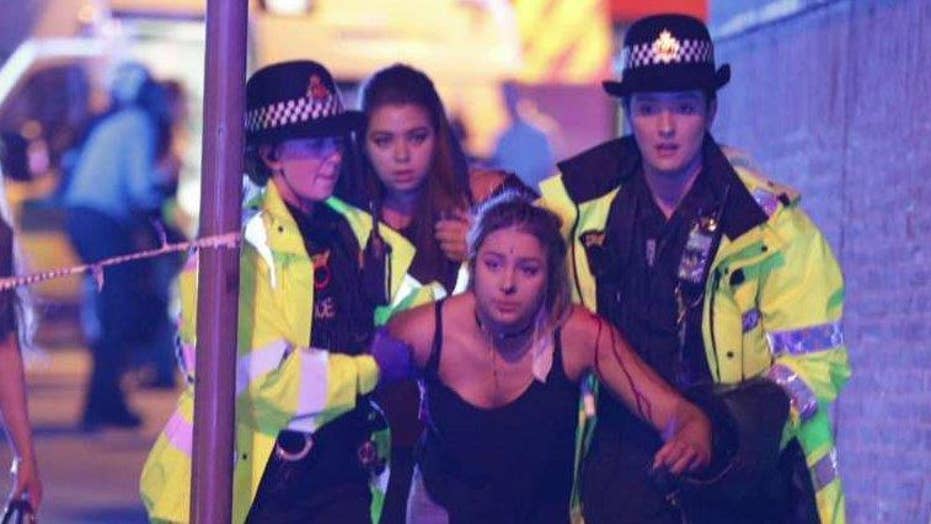 It is not a normal thing for a suicide bomber to attend an Ariana Grande concert and detonate, killing nineteen people. But increasingly, in Europe, politicians discuss these sorts of things as if they are a new normal requiring a new way of life. These things are abnormal, not normal.

They do not require a new way of life, but a fight against a defined enemy.

The British never treated the series of Irish Republican Army bombings as normal. They were abnormal events by an enemy who had to be stamped out. Ultimately, in that case, the IRA came to the peace table. Here, there will be no peace. There will only be victory or death.

When the Manchester attack first happened, I was still live on the radio. It became obvious that something had happened.  I discussed it on air, but the initial reports made it sound like the deaths could have been from a stampeding crowd spooked by a speaker malfunction. That, though, was a best case scenario and it did not happen. What happened was a terrorist attended a pop concert, waiting for the singer to leave the stage, and then detonated explosives.

In his “Letter About Toleration,” the philosopher John Locke explored the limits on toleration. He wrote, in part, "No-one should be tolerated who denies the existence of God. Promises, covenants, and oaths, which are the bonds of human society, can have no hold on an atheist: this all dissolves in the presence of the thought that there is no God. And atheists can’t claim on religious grounds that they should be tolerated! As for other practical opinions, including ones that have some error in them, there’s no reason why they shouldn’t be tolerated as long as they don’t tend to establish domination over others or claim civil impunity for the church in which they are taught.”

As Islamic radicalism increasingly seeks to establish dominion over all others, it falls outside the need for tolerance by the West and falls by the wayside of the Enlightenment. Western leaders trying to avoid words like “Islamic radicalism” are left to conjure more creative synonyms in their quest to define the enemy.

The enemy, however, is increasingly part of the citizenry that are self-radicalizing. We do not know here whether that is the case, but the odds are ever growing that suicide bombers will be citizens in the country of detonation and will be self-radicalized at home, instead of abroad.

The West’s current tendencies to reject the need for assimilation will only compound the problem. Increasingly, throughout Europe, Middle Eastern immigrants are left in poor areas together without assimilation. Their children, trying to find something to cling to, cling to radicalized versions of their parents’ religion. In Britain, its establishment politicians more often than not apologize for the Englishness of their ways and decline to force assimilation. It will be interesting to see Theresa May’s reaction to this as she heads to a June election.

The one political ramification here is that Jeremy Corbyn, the British Labor Leader despised by the British people and often an apologist for terrorists, will probably be driven even further down in the polling.

The further away from power he is, the better off the British will be. But in the long run, they will only be able to fend off this global menace by embracing their British heritage and insisting that newcomers embrace it as well.