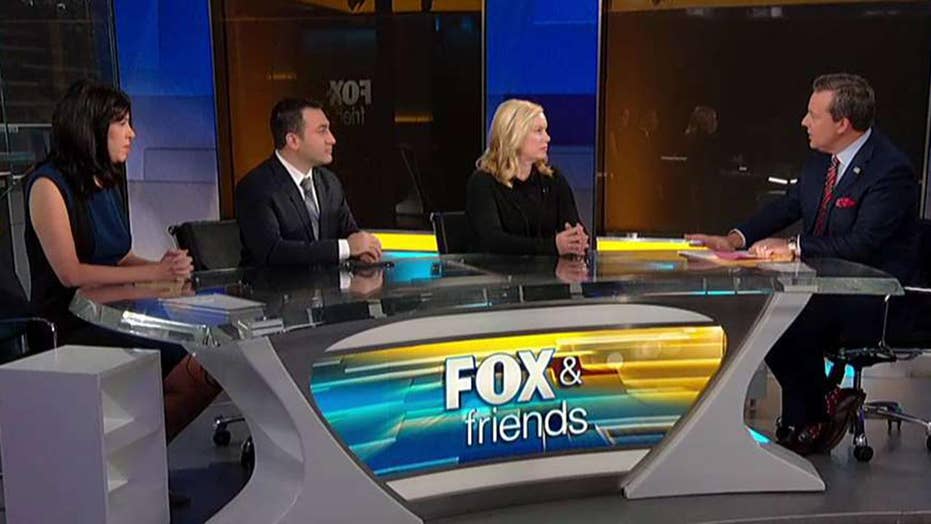 As I and other conservatives have written, two stealthy ObamaCare tax increases are slated to hit Americans hard in just a few weeks: the medical device tax and the health insurance tax.

These taxes are among the worst provisions in ObamaCare. The medical device tax discourages medical research and innovation. The health insurance tax drives up the cost of private-market health insurance premiums.

And both of these taxes kill jobs. They also disproportionately harm seniors, small businesses and American manufacturers – constituencies that reliably vote Republican.

The good news is there is some progress to report. House Republicans are finally working on a package to prevent the return of ObamaCare tax hikes.

While all Obamacare taxes should be fully repealed, suspending those that are scheduled to take effect in January is at least a step in the right direction. These two taxes are so harmful that there is even talk of winning Democratic support to get rid of them.

However, there is one curious exception: the ObamaCare tax on small business health insurance plans. Multiple media outlets are reporting that some establishment Republicans in Congress want to exempt small businesses from the coming ObamaCare tax relief package.

I have already written about my concerns regarding the Senate plan and how it deals with small businesses in regards to the tax rates. But excluding small business from ObamaCare tax relief would be a sell-out of epic proportions.

For the record, when Democrats were jamming through ObamaCare on a party-line vote in 2010, these same giant corporations cut a sweetheart deal to exempt themselves from the health insurance tax, as did big labor bosses. Small businesses and seniors got stuck with the bill.

By adding billions of dollars in costs onto the backs of small businesses, the ObamaCare health insurance tax not makes it even harder for small employers to provide health-care benefits to their employees. It also makes it harder for such employers to meet payroll, grow and create new jobs.

The National Federation of Independent Business has forecast that the health insurance tax will kill up to 286,000 American jobs.

Grassroots conservative leaders have made clear that they expect Republican leaders to prevent these tax hikes.

In the wake of their catastrophic failure to fulfill seven years’ of campaign promises to repeal the Democrats’ disastrous health care law, the very least Republicans in Congress can do is protect their small business base from footing the bill for the remaining wreckage of ObamaCare.

Republicans in Congress must approve the relief from ObamaCare tax hikes that all Americans deserve. No exceptions. And especially no exceptions that penalize job creators on Main Street U.S.A.