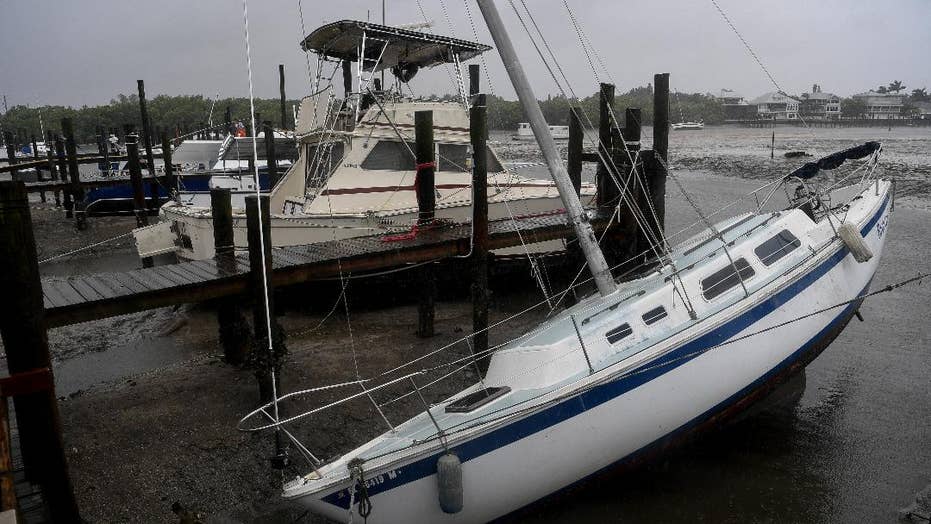 Hurricane Irma ripped through Florida leaving a path of destruction. Check out this must-see compilation of powerful video.

Within weeks, we have experienced record-breaking fires in the northwest, record-breaking hurricanes in Texas and Florida, and a record-breaking earthquake in Mexico. What is happening? Are these disasters random? Just freaks of nature?  Or is something more significant intended? The answer may be found in an incredible Biblical story.

God used the earthquake, wind and fire to get Elijah’s attention, because God had something to say.  Our situation is so similar to Elijah’s it begs the question:  Is God using these storms to get our attention because He also has something to say to His us? Yes, He is. What is it? I believe God is saying in essence what He said to Elijah. His message can be broken into four parts:

1) Be comforted. The fact that God spoke to Elijah revealed God’s presence. God is with us.  He has promised, “Never will I leave you; never will I forsake you.” (Hebrews 13:5) God is right there.  With you.  Now! And He understands what it feels like to be stripped of everything.

2) Be blessed. God told Elijah He would bring help.  And God did. He brought Elisha alongside.  God will bring us help, too:  first responders, FEMA, friends, neighbors, family—even strangers will come alongside to help in the work of rebuilding. They are moved to do so by the Spirit of God, so even in the mess, mold, muck and misery we are aware of Heaven’s blessing.

3) Be encouraged. God told Elijah there were more faithful believers in God than Elijah was aware of, implying Elijah’s life had been more impactful than he knew.  Our lives also have eternal significance. No man is an island. Life is not just about you. Me. These storms have given ample opportunity for us to understand that life is about something bigger than we are. It’s a good time to reorder our priorities and private world.

Neighbors help each other clear their road of debris in Kissimmee, Fla., Monday, Sept. 11, 2017, as residents begin to clean up after Hurricane Irma plowed through the state. (Jacob Langston/Orlando Sentinel via AP) (AP)

4) Be ready. God gave Elijah another assignment—a purpose. And I believe God has a purpose for us.  We need to look to Him and be ready for what’s coming next. Because soon after Elijah’s sensational confrontation with God, he was “raptured.” Taken up into Heaven without seeing death. Don’t miss this implied message. In the words of Jesus, “Do not let your hearts be troubled. Trust in God, trust also in me.  In my Father’s house are many rooms; if it were not so, I would have told you. I am going there to prepare a place for you. And if I go and prepare a place for you, I will come back and take you to be with me that you also may be where I am.” (John 14:1-3) Heaven is waiting! Jesus is coming!  The signs He gave signal that His coming is imminent. On that day, don’t be left behind. Be ready to meet Him face to face. Turn to Him now. Place your trust in Jesus.

God is speaking through the storms. Are you listening?

Anne Graham Lotz—called “the best preacher in the family” by her father, Billy Graham—is an international speaker and the bestselling and award-winning author of numerous books, including "Jesus in Me" and the newly released book “The Light of His Presence.” Anne is the president of AnGeL Ministries in Raleigh, North Carolina, and the former chairperson for the National Day of Prayer Task Force.