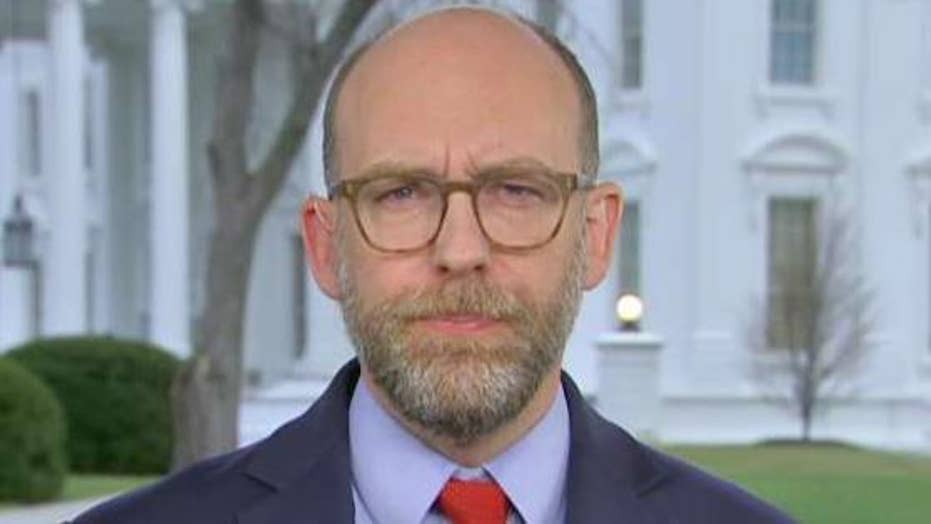 The Democrats are in for a tough year. President Trump’s economy is roaring, completely debunking the left’s pessimistic narrative about economic growth.

According to figures released Friday by the Bureau of Labor Statistics, a record 158.8 million Americans are now employed, while the unemployment rate continues to hold steady at a 50-year low of 3.5 percent.

With more job openings than there are job seekers to fill them, our strong and growing economy has truly reached full employment – an elusive milestone that means we are butting up against the limits of how quickly we can expand the labor force.

This is especially great news for workers, because companies with job openings to fill are increasingly having to compete with each other to attract employees by offering higher wages, better benefits, improved working conditions, greater flexibility and more workplace perks.

“As we begin this new year, our economy is booming,” President Trump said during a recent rally in Ohio, adding that “wages are soaring, workers are thriving, and America’s future has never looked brighter.”

But the remarkable employment figures are only part of the story. According to the most recent weekly report from the Labor Department, jobless claims have fallen to 214,000 – thousands fewer than experts had expected.

Moreover, the service sector – which accounts for nearly  80 percent of gross domestic product – experienced a significant boost last month, suggesting that demand for workers is continuing to increase.

These incredible economic figures are a nightmare for the Democrats, who have spent the last three years warning voters about impending economic doom. Time and again, those on the left have attempted to manufacture panic over anomalous, cherry-picked, or just plain misunderstood data points, using them to justify their fanatical insistence that President Trump’s policies are destined to trigger the next Great Recession.

But the recession hasn’t come – and for a good reason. Contrary to the Democrats’ talking points, President Trump’s pro-growth economic agenda succeeded in strengthening the private sector and unshackling America’s entrepreneurial spirit, leading to the creation of more than 7 million new jobs across America.

Thanks to President Trump’s historic tax cuts, for instance, Americans saved an average of $1,400 on their federal income taxes in 2018. Meanwhile, his commonsense approach to slashing the job-killing regulations that were put in place by his predecessor has freed workers and business owners alike from the bureaucratic micromanagement that had stifled economic growth in this country – sometimes intentionally – for years.

President Trump’s bold and assertive trade policies will give the economy an even greater boost in the near future, disproving the constant naysaying of Democrats and the mainstream media.

Thanks to the president’s widely misunderstood strategic counter-tariffs, for instance, the U.S. and China are on the verge of reaching a revolutionary bilateral trade agreement that would protect American businesses and their intellectual property.

Perhaps even more significantly, the U.S.-Mexico-Canada Trade Agreement (USMCA) is on the verge of being implemented, after obstructionist Speaker of the House Nancy Pelosi, D-Calif., finally allowed members to approve it late last year.

The deal is set to add tens of billions of dollars to our gross domestic product and increase employment by nearly 200,000 jobs, which is basically like having an extra month in the year in terms of job growth. Call it the Trump leap year.

The U.S. economy is thriving like never before under President Trump – and the obstructionist Democrats know it. With 2020 getting off to such an auspicious start, their woes are just going to keep growing until Election Day in November.