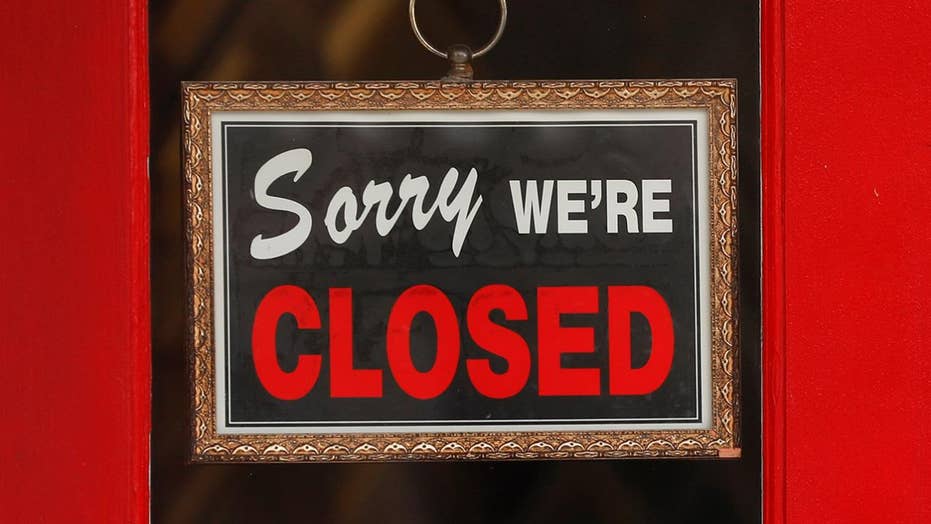 The new jobs report released Friday proves what President Trump has been saying all along – it’s irresponsible to downplay the suffering of American workers caused by the devastating economic impact of the coronavirus pandemic. While we must do so as safely as possible, it’s time to get America back to work. Our workers know it – and the numbers show it.

According to the Bureau of Labor Statistics, the U.S. unemployment rate rose to 14.7 percent in April, triggered by stay-at-home orders and unprecedented economic shutdowns across the nation. This wasn’t unexpected. We all know why it happened.

Nonetheless, the left’s reaction has been saturated with pure hypocrisy, complaining about the loss of jobs.

Keep in mind that these same liberal media elites, along with their Democratic Party allies, have spent weeks attacking protesting workers, Republican governors and President Trump for wanting to reopen the U.S. economy in order to end the high unemployment caused by the pandemic.

How can you advocate keeping the economy shut down and simultaneously complain about the loss of jobs? How can you criticize as reckless Americans who, unable to feed their families, asked – demonstrated, picketed, marched and begged – for their right to work, and then bemoan the loss of their jobs?

As the smug New York Democratic Gov. Andrew Cuomo put it when asked to address the suffering of American workers, “get your head around the ‘we’ concept; it's not all about you.” He, of course, still has his job.

But President Trump’s critics don’t get to have it both ways. They can’t advocate policies that will kill jobs and then criticize the job losses – at least they can’t do so rationally. Either the jobs report is a sign that we need to start doing everything in our power to safely reopen the U.S. economy, or it isn’t.

The Trump administration was always prepared for a temporary economic slump as a result of the coronavirus pandemic, which is why the president has been busy – both independently and working with Congress – crafting and implementing bold fiscal initiatives since the start of this health crisis.

The White House spearheaded a historic $2.2 economic trillion relief package, which included direct payments to taxpayers and billions of dollars in loans for the private sector. But it did not do so for the sake of setting yet another economic record.

This legislation – along with everything else the president has done in recent weeks and months – was designed to mitigate the impact of the temporary economic plunge that he knew was coming and set us up for the comeback.

“It’s fully expected. There’s no surprise. Everybody knows this,” the president said in a recent interview, adding that “those jobs will all be back” as soon as America reopens for business.

He is right – and the April jobs report shows it. According to the Bureau of Labor Statistics data, roughly 18 million – or 88 percent – of the 20.5 million people who lost their jobs in April have been temporarily laid off. That means their jobs are destined to return with our economic rebound. That’s extremely encouraging and different from prior recessions, where the majority of job losses were permanent.

Investors recognize this reality, which why the stock market continues to recover despite the surging unemployment rate. In fact the S&P 500, the Dow Jones Industrial Average, and the NASDAQ all closed up on Friday following the jobs numbers release.

The Dow was up an impressive 455 points, or about 2 percent. Keep in mind that the markets are forward-looking, reflecting where investors believe the economy is going, while the jobs numbers are by their nature backward-looking.

Investors realize that we went into this recession with strong economic fundamentals and those remain strong. The current decline is due to the pandemic, not underlying problems in the economy.

Investors are demonstrating their faith in the tenacity of the American people and the Great American Comeback that will inevitably come on the heels of our victory over the invisible viral enemy. The sooner we reopen, the sooner that comeback will occur.

President Trump’s emergency policies have built a strong foundation for our country’s economic resurgence – but it's now up to the states to follow through on their duty to their citizens. It’s time for everyone to stop thinking about how the economy might benefit them politically. Let’s focus on returning our nation to prosperity and getting American workers back to work.