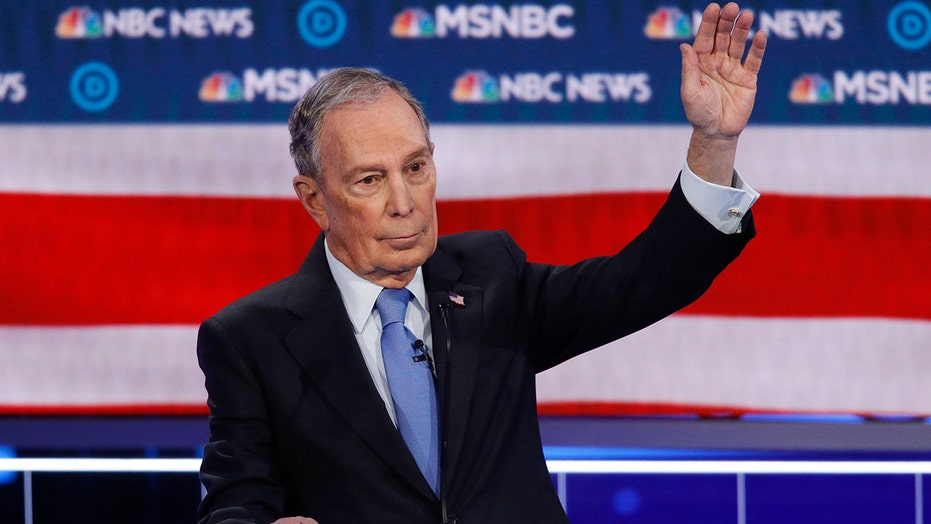 Billionaire Bloomberg joins his fellow 2020 Democrats on the debate stage

'MediaBuzz' host Howard Kurtz breaks down the news and noise from a busy political night.

The presidential candidate debate Wednesday night showed that Democrats simply have no idea how to defeat President Trump in the November election – and their frustration was on full display.

Not one of the six Democrats on stage in Las Vegas even claimed to have a plan to increase economic growth, create jobs and grow wages – areas in which President Trump has had great success and benefitted the American people.

What separates the candidates is the degree to which they want taxes and government to grow, and how many job-killing restrictions they want to put on the private sector.

But even the so-called “moderate” candidates are advocating programs so massive that their most aggressive tax plans would be wholly insufficient to fund them.

The candidates might as well have told potential voters that they intend to tax employers to the point where they are unable to invest in their businesses, create jobs or raise workers’ wages. That’s hardly an effective campaign slogan.

If you listened closely, you also heard what I believe will cost the Democrats the election: their refusal to acknowledge the obvious fact that the U.S. economy – and working-class Americans in particular – are doing quite well. Rather, the candidates fell all over themselves trying to outdo each other on claims that Americans are suffering.

Yet, more people are working than at any time in our nation’s history, the unemployment rate is near a 50-year low, and wages are rising for all workers at rates not seen in a decade – higher for low earners than for high earners. Income inequality is declining and we still have 1 million more job openings than people unemployed. If you have a job or want one, life is good.

Contrary to what the Democrats on the debate stage at least claim to believe, the economic future of our country looks very bright and Americans know it – even if the Democrats running for president don’t.

According to Fidelity Investments’ 2020 New Year Financial Resolutions Study, 78 percent of Americans believe they will be better off in 2020 than they were in 2019.

A December CNN poll conducted by SSRS found that 68 percent of Americans expect our economy to be in good shape a year from now – the best showing in CNN’s polling since December 2003.

In a December poll from Quinnipiac University, 79 percent of Americans said “they are optimistic about their own financial future.”

Finally, a Gallup poll released earlier this month found that “74% of Americans say they will be better off financially in a year.”

Those are really tremendous numbers. And how Americans feel about the economy is a huge indicator of how they will vote in the presidential election.

A December Gallup found that 84 percent of Americans believe the economy is an "extremely" or "very" important issue in the upcoming election. That’s a huge number and was higher than for any other issue. You would think a presidential debate would spend some significant time discussing it.

The poll found the least important issues were wealth distribution, climate change and LGBT rights. You sure wouldn’t know that if you listened to the Democratic debate.

It’s hard to win an election when you’re unable to figure out how to address the issue that’s most important to voters. That’s where the Democrats find themselves and that’s why they will lose in November.