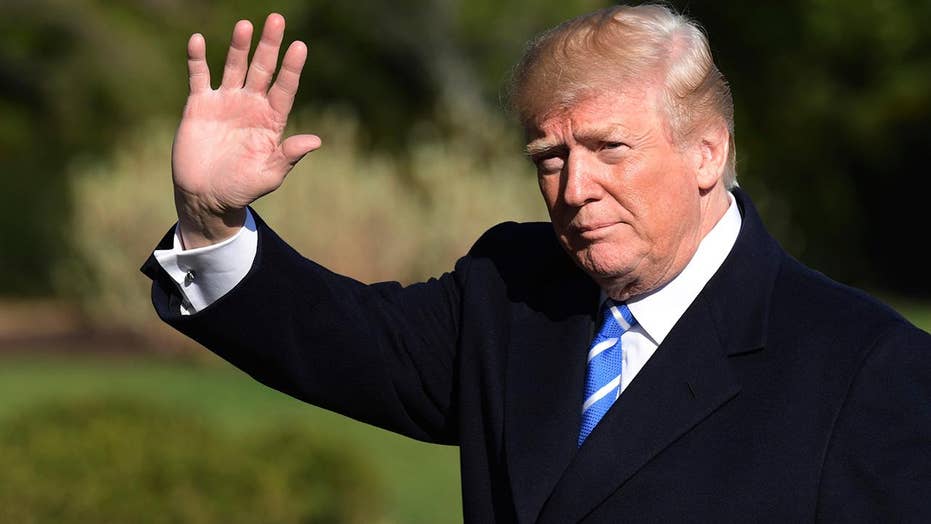 Why is Trump moving the conversation to immigration?

Among the daily noise of a dysfunctional government, the immigration debate has dragged on in Washington for so long that we have forgotten what’s really at stake.

America needs immigrants to be great.

Productivity has been slowing for decades. Economists don’t necessarily agree why that is the case, but innovation just isn’t delivering the economic boost it once did.

Immigrants don’t typically take American jobs and, in fact, they create jobs. And, immigrants just might be the ones who will help save Medicare, Medicaid and Social Security.

So, that leaves workforce expansion. Unfortunately, America’s workforce is shrinking because (a) baby boomers are retiring en masse, and (b) our birthrate is now half what it was 50 years ago.

It would take twenty-plus years and a significant societal adjustment, plus infrastructure support, to alter the birth pattern and maturation of the population. That leaves more legal immigration as the best and only alternative.

A few years ago, we had the privilege to attend the swearing-in of 100 new citizens, hailing from 41 different nations, at the New York Historical Society. If history is any guide, and it should be, these immigrants will contribute a lot more to our country than they take out.

On balance, immigrants are great additions to the American workforce, growing the economy and wages for everyone. Though some accuse immigrants of stealing American jobs, an extensive study by the National Academies of Science, Engineering and Medicine found that immigration and immigrant workers had no negative effects on the hours or wages of any worker with at least a high school degree.

Immigrants on one end of the economic spectrum are doing the tough manual labor other Americans can’t or won’t do. Immigrants are also responsible for much of the productivity-boosting innovation so important to our economy. More than half of all American startups worth $1 billion or more today were founded by immigrants, and their success has provided millions of jobs to people born in America, as well as to immigrants. Chobani, Google, Uber, Colgate, Sara Lee, Nordstrom, DuPont and Pfizer are just a few of the iconic brands launched by people who weren’t born in America.

Immigrants don’t typically take American jobs and, in fact, they create jobs. And, immigrants just might be the ones who will help save Medicare, Medicaid and Social Security.

Because of America’s shrinking workforce, these programs are in jeopardy. They are funded on a current basis and not from historical deposits, and depend on today’s workers paying into their coffers to support retirees. Under current trends, Social Security only has fifteen more years before it can no longer pay full benefits.

The chief actuary of Social Security estimates that immigration could add an additional $500 billion to Social Security’s finances over the next 25 years and $4 trillion over the next 75. This alone isn’t enough to close the funding gap, but it would certainly reduce the need for some of the benefit cuts or tax increases that will otherwise be required.

Even if Americans aren’t aware of these economic benefits, they seem to grasp that immigration makes us stronger. According to Gallup polling, 71 percent of Americans think immigration is “good for America,” which is actually ten points higher than a decade ago.

Unfortunately, Americans’ openness to immigrants in principle runs into conflict with their hostility to how Washington is addressing a broken immigration system.

There’s a way out of this mess. Congress and the White House need to recognize that they don’t have to fix our entire immigration system all at once.

The outlines of a limited bipartisan deal remain clear for anyone who cares to look. There needs to be a permanent solution for the Dreamers—the undocumented immigrants brought to America as children—paired with more investments in border security. Dealing with just these two issues would be good for both political parties and solutions to each would enjoy overwhelming public support. In a recent Harvard/Harris poll, 77 percent of Americans said Dreamers should be given a path to U.S. citizenship. And 61 percent said our border security is “inadequate.”

Once Washington gets past this near-term immigration impasse—which would foreclose the threat of 800,000 Dreamers being deported—it then has to tackle the more fundamental questions underpinning years of failed comprehensive immigration reform, like:

How do we bring 11 million undocumented immigrants out of the shadows and onto the tax rolls? We lose sight of the fact that legal immigrants will now be incented to become full taxpayers!

How do we ensure immigration laws are followed and enforced, not just at the border, but in our communities?

Should America have a more merit-based immigration system—as they do in Canada and Australia—rather than the family-based system we have today?

The most important thing for citizens and our elected leaders to remember is that the problem is America’s broken immigration system. Not the immigrants.

Mary Skafidas is Vice President, Investor Relations and Corporate Communications, Loews Corporation.  Mary and Andrew are co-writing a book called "Journeys: An American Story," to be published this summer.