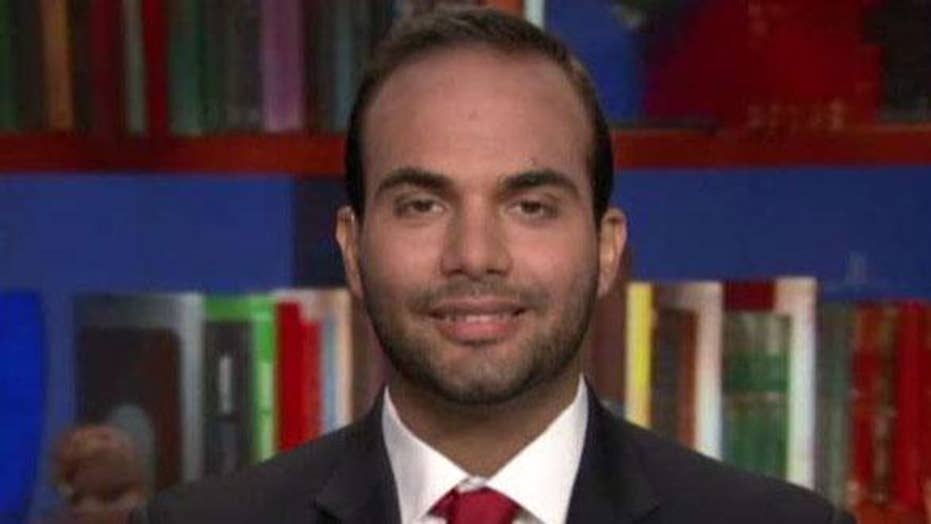 Former 2016 Trump campaign aide George Papadopoulos weighs in on the $10,000 payment he received in Israel.

Editor’s note: Andrew C. McCarthy’s new book is “Ball of Collusion: The Plot to Rig an Election and Destroy a Presidency.” This is the fourth in a series of excerpts; the first can be read here, the second here, and the third here.

The George Papadopoulos "Origin Story" has never added up. It has been portrayed as the Big Bang, the magic moment that started the FBI’s investigation of “collusion” — a suspected election-theft conspiracy between Donald Trump’s campaign and Russian President Vladimir Putin’s regime.

But if the young energy-sector analyst had actually emerged in early 2016 as the key to proving Trump-Russia espionage, you would think the FBI might have gotten around to interviewing him before Jan. 27, 2017 — i.e., a week after President Trump had been inaugurated, and six months after the bureau formally opened its “Crossfire Hurricane” probe.

You would probably also think Papadopoulos, Suspect One in The Great Cyber Espionage Attack on Our Democracy, might have rated a tad more than the whopping 14-day jail sentence a federal judge eventually imposed on him.

MUELLER'S REPORT ON INVESTIGATION: WHAT HAPPENED AFTER IT DROPPED?

You might even suppose that he’d have been charged with some seditious felony involving clandestine operations against his own country, instead of ... yes ... fibbing to the FBI about the date of a meeting.

That, however, does not scratch the surface. We are to believe that what led to the opening of the FBI’s Trump-Russia investigation, and what therefore is the plinth of the collusion narrative, is a breakfast meeting at a London hotel on April 26, 2016, between Papadopoulos and Joseph Mifsud, a Maltese academic we are supposed to take for a clandestine Russian agent.

We are to take Papadopoulos’s word for it that Mifsud claimed Russia possessed “dirt” on Hillary Clinton in the form of “thousands” of “emails of Clinton.” We are further to believe that “the professor” elaborated that, in order to help Donald Trump’s candidacy, the Kremlin would release these “emails of Clinton” at a time chosen to do maximum damage to the Democratic nominee’s campaign.

The story is based on no credible evidence. If it were ever presented to a jury, it would be laughed out of court.

The Papadopoulos “collusion” claims (without collusion charges) are alleged in the report by Special Counsel Robert Mueller, which essentially repeats the grandiose “Statement of the Offense” that the special counsel included with the comparatively minor false-statement charge to which Papadopoulos pleaded guilty.

Carefully parsed, this narrative stops short of alleging that the Trump adviser actually collaborated with a Russian agent. Rather, it claims that Papadopoulos engaged in a lot of twaddle with Mifsud, who he had reason to suspect might be a Russian agent.

The pair brainstormed endlessly about potential high-level Trump-campaign meetings with the Putin regime, including [insert heavy breathing here] between Trump and Putin themselves. Papadopoulos then exaggerated these meanderings in emails to Trump-campaign superiors he was hot to impress.