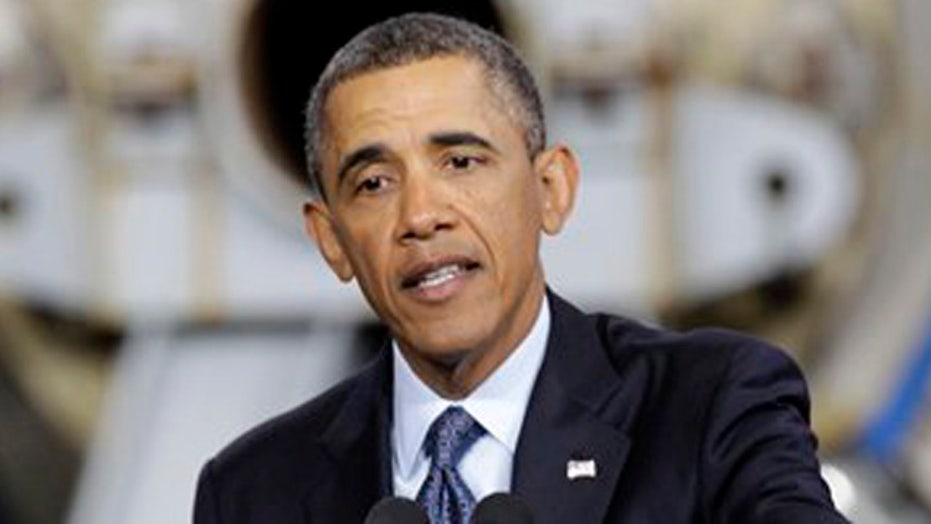 President Obama warns that if Congress allows automatic budget cuts known as the "sequester" to happen:

"Thousands of teachers and educators will be laid off... tens of thousands of parents will have to scramble to find child care... Air traffic controllers and airport security will see cutbacks, causing delays!"

The media is hysterical, too.

"Watch out! Like the asteroid headed to earth, they're coming -- $86 billion in automatic budget cuts," CNN anchor Carol Costello warned.

It sounds like politicians finally got serious. But they haven't. Here is a chart -- based on this new CBO report - showing what happens to government spending with and without the sequester:

There's hardly any difference! Spending will still rise to a ruinous $4.5 trillion (vs. 4.6 trillion without the sequester).

It is true that some parts of government would be cut. The sequester would come almost entirely from discretionary spending.

Discretionary spending, after adjusting for inflation, would fall about 7% in 2013 and then another 5% in 2014, before holding steady.

For once, some parts of government might face a real cut. But it's not a big cut -- entrepreneurs have to make cuts like that all the time.

The sequester is a start. But to save America, we need to address the biggest unsustainable programs: Medicare/Medicaid, and Social Security.