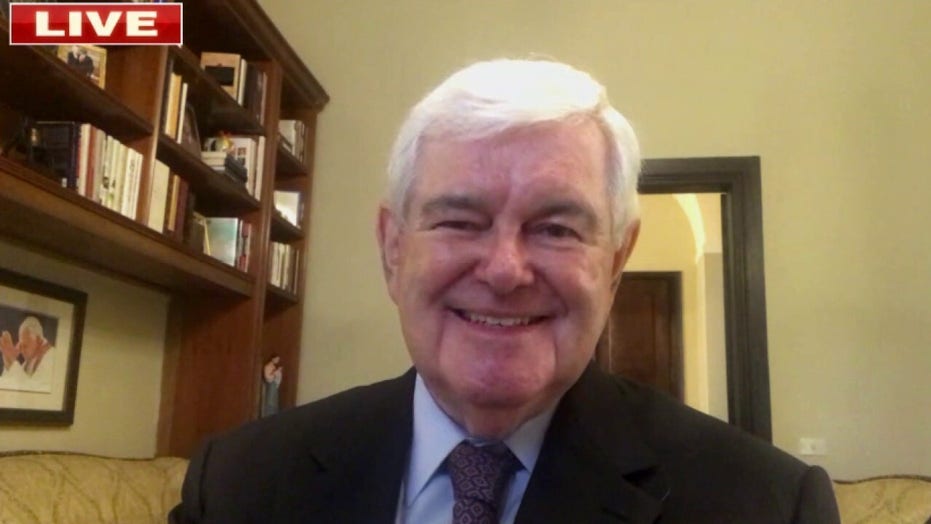 Since President Ronald Reagan nominated Judge Robert Bork to replace Justice Lewis Powell on the Supreme Court in 1987, the Democrats have followed a policy of harshness and ruthlessness in going after Republican Supreme Court nominees.

The assault on Bork – a scholarly and widely respected conservative member of the U.S. Court of Appeals for the DC Circuit – was so vicious and underhanded that the process of personal destruction came to be known as “borking.” In fact, the savaging of Judge Bork was so infamous the Oxford English Dictionary added the verb “bork” as U.S. political slang: "[To] obstruct (someone, especially a candidate for public office) by  systematically defaming or vilifying them."

The chairman of the Senate Judiciary Committee while Bork was being slandered was Joe Biden. A report was issued known as the Biden Report, and Bork later said every word in it was false.

This was the same approach Democratic senators took against nominee Clarence Thomas when he was nominated to the Supreme Court. It was also a ruthless personal assault – and the Senate Judiciary Committee chairman, again, was Biden.

The assault on Judge Brett Kavanaugh was in Biden’s Bork tradition of scandalous charges, hearsay, witnesses who made up falsehoods, hysteria in the liberal media, intense hostility among liberal activists, and hostile bullying questions during the nomination hearings.

The dilemma for the Democrats is they have to decide whether they will try to destroy her (as they tried with Bork, Thomas, and Kavanaugh) or to concede that she is unacceptable for liberals but acceptable (indeed preferable) to most Americans.

Now, with the nomination of Judge Barrett, the Democrats face a real dilemma. Judge Barrett is incredibly smart, has an impressive career, and is well-known as a caring, compassionate person.

She went on to clerk for Judge Laurence Silberman on the DC Court of Appeals and then clerked for Justice Antonin Scalia. She taught at Notre Dame Law School for 15 years.

Judge Barrett is one of the most respected conservative jurists in the country, and conservatives have long hoped she would become a Supreme Court Justice.

Her personal life is as impressive as her professional life. She has seven children, two of whom she adopted from Haiti.

Judge Barrett is going to come across as professional, knowledgeable and likable. By all rights, she should be considered a remarkable, inspirational figure to all Americans regardless of political leanings (and especially to young women).

The dilemma for the Democrats is they have to decide whether they will try to destroy her (as they tried with Bork, Thomas, and Kavanaugh) or to concede that she is unacceptable for liberals but acceptable (indeed preferable) to most Americans.

The Senate Democrats’ dilemma is compounded by questions about whether Sen. Dianne Feinstein, D-Calif., the ranking Democrat on the Judiciary Committee, can lead the attack against Barrett. Sen. Feinstein’s performance in the Kavanaugh hearings two years ago was sufficiently confusing that some Democrats have even whispered about trying to replace her as ranking member for the upcoming hearings. (This will almost certainly not happen.)

However, this could saddle another California senator on the Judiciary Committee with the responsibility of waging the attack – vice presidential nominee Kamala Harris. Sen.

Harris was widely recognized as one of the most hostile and one-sided interrogators during the Kavanaugh hearings. If she takes the lead, there’s a question of whether Sen. Harris will continue Sen. Feinstein’s attack on Judge Barrett’s religion that started during Barrett’s previous nomination hearings.

When Barrett was nominated to the appeals court, Sen. Feinstein questioned whether a devout Catholic could serve as a judge.

Feinstein said, “when you read your speeches, the conclusion one draws is that the dogma lives loudly within you. And that’s of concern.” So, from Feinstein’s San Francisco liberal viewpoint, someone who actually lives her religion is worrisome.

Sen. Harris is familiar with this line of interrogation. She went even further in questioning Judge Brian Buescher during his confirmation hearings when she said, “were you aware that the Knights of Columbus opposed a woman’s right to choose when you joined the organization?” The implication that being pro-life is a disqualifying factor would eliminate virtually all Catholic and most Evangelical judicial candidates. It would create a de facto religious test for service on the court.

So, do Democrats want Harris to appear as an august, wise unifier – or as an aggressive prosecutor only interested in pleasing left-wing activists? The latter could potentially alienate independents and moderates in the November election.

Judge Barrett will be a much tougher target for Democrats to slander than Judge Kavanaugh was. I suspect even the rabid, propaganda media will be less inclined to champion the character assassination of a devoted mother.

Will they attack her in a way that ultimately turns her into a sympathetic figure (as happened with both Justice Thomas and Justice Kavanaugh)?

Will they attack her deeply held Catholic beliefs in a way that alienates the largest single denomination in the United States?

Regardless, Barrett is, frankly, smarter than the Democrats who will be trying to attack her.

So, no matter what the Democrats decide, it will be a fascinating set of hearings.