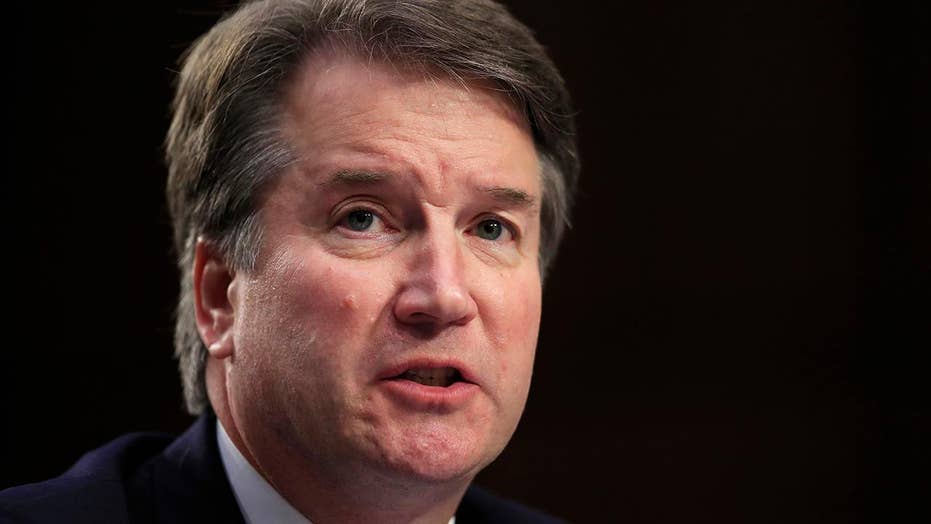 Democrats are doing everything possible to keep Judge Brett Kavanaugh off the Supreme Court because they don’t want to confirm a conservative jurist who will faithfully and accurately apply the Constitution to cases that come before the high court.

The framers who signed the Constitution knew it would need to change with changing times, so they set up a process to amend the document – a process that has led to the adoption of 27 amendments. It was never the intention of the framers to have Supreme Court justices effectively amend the Constitution with their decisions – even though that’s what many Democrats would like to happen.

Because Democrats in the Senate see a judge like Kavanaugh as a threat to their expansive view of broadly interpreting the Constitution, they are desperately dredging up every accusation they can possibly think of to throw against him.

This comes despite the fact that Kavanaugh is an extraordinary qualified judge who has served on the U.S. Circuit Court of Appeals for the District of Columbia for the past 12 years and earlier held high-level jobs in the White House under President George W. Bush.

Democrats are now focused on blocking Kavanaugh’s confirmation by demanding an FBI investigation of claims by Christine Blasey Ford that a drunken Kavanaugh groped her and tried unsuccessfully to take her clothes off at a party when they both were in high school roughly 36 years ago.

Kavanaugh has denied Ford’s allegation, as has a friend of Kavanaugh’s who Ford said was present at the time of the alleged incident.

But to understand the central reason that Democrats have been fighting the Kavanaugh nomination even before they ever heard of Ford, look at his positon on the Constitution and how it differs from the position of many liberal Democrats.

An excellent example of this is Kavanaugh’s position on the Second Amendment, which states in full: “A well regulated militia, being necessary to the security of a free state, the right of the people to keep and bear arms, shall not be infringed.”

During Kavanaugh’s confirmation hearing, Sen. Dianne Feinstein, D-Calif., asked the judge why he ruled that modern sporting rifles (she used the political term “assault weapon”) were in common use and therefore are protected by the Second Amendment.

Feinstein responded: “You’re saying the numbers determine the common use? Common use is an activity. It’s not common storage or possession. It’s use.”

Feinstein added, incorrectly: “So what you said is these weapons are commonly used. They’re not.”

Kavanaugh stated: “They’re commonly possessed in the United States, senator, and they are used and possessed.”

Feinstein seems to think that the millions of Americans who own these firearms don’t shoot them. She is wrong.

Actually, I run into the gravity of this issue every time I go to one of my local gun ranges in New York state. When I do, I find that quite a few of my friends are participating in criminal behavior. They don’t have felonies on their records, at least not yet. But they are committing felonies according to New York state law.

These people have unregistered modern sporting rifles (mostly AR-15s). In 2013, New York Gov. Andrew Cuomo rushed through the SAFE Act, a law that contains a long list of gun controls. One provision of the law bans the sale of these popular rifles and made it mandatory for New York residents to register the modern sporting rifles they already own with the state before a deadline.

According to the state of New York, just 23,847 residents registered their so-called “assault weapons” by the deadline. These people registered a total of 44,485 firearms.

If that sounds like a lot, realize that the National Shooting Sports Foundation, the trade association for firearms manufacturers (full disclosure: I’ve done some contract work for the association), estimates that about 1 million New York residents owned such firearms when the SAFE Act was signed into law.

So that means roughly 976,000 New Yorkers didn’t register their “assault weapons” and, if they still have them, are now engaging in criminal behavior.

This has turned average, and presumably otherwise law-abiding citizens, into a class of people who are now living beyond the law. A similar thing happened to owners of these rifles in both Connecticut and Maryland.

Feinstein was concentrating on the phrase “in common use” because this is the phrase Supreme Court justices who wrote the majority decision in Heller v. D.C. in 2008 used when determining which firearms are protected by the Second Amendment.

If modern sporting rifles are in common use, as Kavanaugh has previously ruled by following the Supreme Court precedent, then Kavanaugh – if given the chance on the high court – would be expected to vote to strike down bans on these popular rifles in New York, Connecticut and Maryland.

The fact that these rifles are in common use is clearly something Kavanaugh is right about. The National Shooting Sports Foundation has compiled figures from the Bureau of Alcohol, Tobacco, Firearms and Explosives each year and found that, as of 2016, over 16 million of these firearms were owned by American citizens.

This isn’t all that surprising, because the AR-15 has actually been sold to American citizens since the M-16 (a fully automatic version of this rifle type) was first sold to the U.S. armed forces in 1963.

In fact, decades before the AR-15’s invention semiautomatic rifles of different types had already become very popular with hunters and those who simply like to shoot.

In the very early 20th century, American gun makers like Remington, Winchester and Savage were manufacturing and selling many popular semiautomatic rifle, shotgun and pistol designs that quickly became a big part of the American gun market.

Nevertheless, some recent lower court opinions, including the U.S. Court of Appeals for the 2nd Circuit, have ruled that states can ban modern sporting rifles because they are not in common use and for other reasons.

So this question must be answered by the U.S. Supreme Court. Feinstein knows this. She and other anti-Second Amendment Democrats don’t want Kavanaugh to have the chance to rule on the question.

The Second Amendment question is just one of many major constitutional issues that the Supreme Court will have to deal with in the years ahead. But it illustrates why many Democrats want to seat a judge who will interpret the Constitution the way they want – not the way the framers intended.

And this is why it is important that the Senate confirm someone to the Supreme Court who will be faithful to the intent of the framers of the Constitution – and Judge Brett Kavanaugh is just such a person.