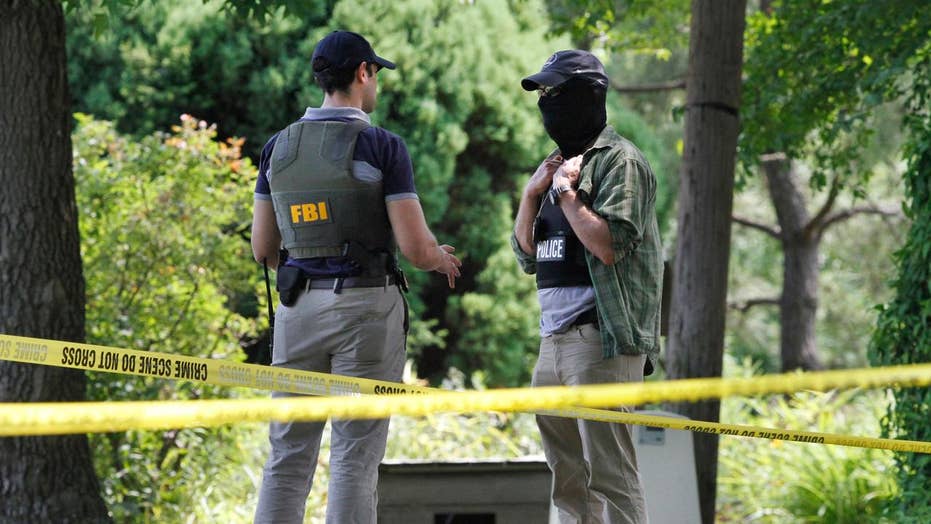 Why both sides are pointing fingers

When an American opens fire on members of Congress on a baseball field, how are we supposed to discern who the enemy is? Are we at war with ourselves?

When a radical terrorist blows himself up outside a concert full of kids and their moms and dads in Manchester, England, how are we supposed to not live in fear for the lives of our own children, and ourselves? Are we at war with each other?

From the streets of Kabul to the nightclubs of Paris and Orlando, it’s getting tough to keep track of the atrocities that keep unfolding one after another in countries around the world, and right here at home. Sometimes it feels as if it’s all too much to take.

Since retiring from the military nearly six years ago, I’ve spent a lot of time traveling our nation, speaking to audiences large and small, and the overwhelming message I’m hearing from the American people is how unbelievably anxious, fearful and concerned they are about what’s happening in the world. On a daily basis folks are watching things on TV or reading stories in the newspaper or on social media that make them to want to crawl right back into bed and hide under the covers.

On a daily basis folks are watching things on TV or reading stories in the newspaper or on social media that make them to want to crawl right back into bed and hide under the covers.

The anxiety is palpable—and it’s worrisome.

I had the privilege of serving in the U.S. Army for 35 years, and we had an acronym to describe the worst situations soldiers ever found themselves in on the battlefield: “VUCA.”  It stands for “Volatile, Uncertain, Complex and Ambiguous.”  We used that acronym to describe some of what we faced in Kosovo, and in Kuwait, and especially what unfolded as I led 25,000 of our best and brightest into a region known as the Triangle of Death during the “Surge” in Iraq back in 2007. I can tell you firsthand, dealing with a VUCA situation is not easy for even the strongest of soldiers to bear.

And yet, I think VUCA is a perfectly fitting description for what Americans are now dealing with on a daily basis.

Whether it’s daily reminders of the external threats from Russia, Iran, North Korea, and ISIS, or the internal threats of domestic terrorism, political divisiveness, and an alarming lack of respect for law enforcement, we all feel it.

So where do we look for a sense of calm and certainty to allay our fears? We certainly can’t look to Washington. No matter which side of the political fence you happen to be on, I think it’s fair to describe the still-unfolding transition to this new administration as “chaotic” at best, and that ongoing sense of uncertainty only adds to our national anxiety.

So where do we turn?

I can only speak from experience.

I’ve dealt with VUCA situations in combat plenty of times before, and I’ve managed to stay calm and focused throughout whatever ordeal my soldiers and I faced. I thank God that I survived them all, and I do all I can to honor those who didn’t make it, every day.

I just never expected to be dealing with VUCA situations when I wake up every morning in what is supposed to be the safe and secure nation I call home. Yet here I am, dealing with it again—and feeling far less anxious about it than a lot of people I meet. I suppose that’s why everywhere I go, people ask me, “How do you do it? How do you calm your fears and make yourself less anxious in the face of all of this?”

The way I calm my fears and anxieties in the face of VUCA situations is the same at home as it was on the battlefield: with prayer.

Daily prayers were the source of my strength and courage throughout all of my combat experiences, and for those who resist the notion that prayer can actually make a difference, it may be interesting for you to note that I wasn’t baptized until I was 32 years old. I am 62 now.  That means almost half of my life was lived without a strong relationship with God, so I know the difference between my before-prayer life and after-prayer life—and I sleep a whole lot better at night now than I ever did back then.

I’m not endorsing any particular religion here. That’s a discussion for another day. What I’m endorsing is the idea of faith, and the notion that when you put your faith in the hands of a higher power, and you pray to that higher power to see you through these trying times, to bring you peace, and to allay your fears, you will feel a growing sense of inner peace in your life.

Don’t take my word for it, though. There’s a long line of U.S. Generals who turned to prayer to get them through the most difficult times imaginable.

During the Civil War, Andrew “Stonewall” Jackson insisted that praying to God is what made him as fearless and comfortable in battle as he was in his bed.

During the Vietnam War, my highly decorated old friend Gen. “Hondo” Campbell (who would go on to lead the 8th Army and retire as a four-star General) made no secret of the fact that he started every single day in prayer, whether in combat or at home.

And during World War II, General George Patton went so far as to credit prayer as the very reason we were able to win the Battle of the Bulge, which led directly to our victory against Adolf Hitler. (In what would clearly be a controversial, “non-P.C.” endeavor by today’s standards, Patton distributed a prayer card to all 250,000 soldiers under his command, and essentially ordered the entire 3rd Army to pray for that tide-turning event to unfold. He asked his men, our U.S. soldiers, to “march together, all out for God.” And lo and behold, it worked.)

Can prayer make a difference in your own life during these troubling times? Yes.

Can collective prayer actually accomplish what it did for Gen. Patton and make the current VUCA situation better? I personally believe it can. But let’s start with ourselves. Let’s come together as a nation and turn to a time-tested ritual that can, at the very least, bring us some peace within our hearts. Today, let’s pray.

And if that notion somehow offends you, or if you don’t believe prayer is the answer for you, then just know this: As a retired general and patriotic American who fought for your freedom, I’m praying every day for this VUCA situation we’re currently in to end—and I’m praying for you, too.