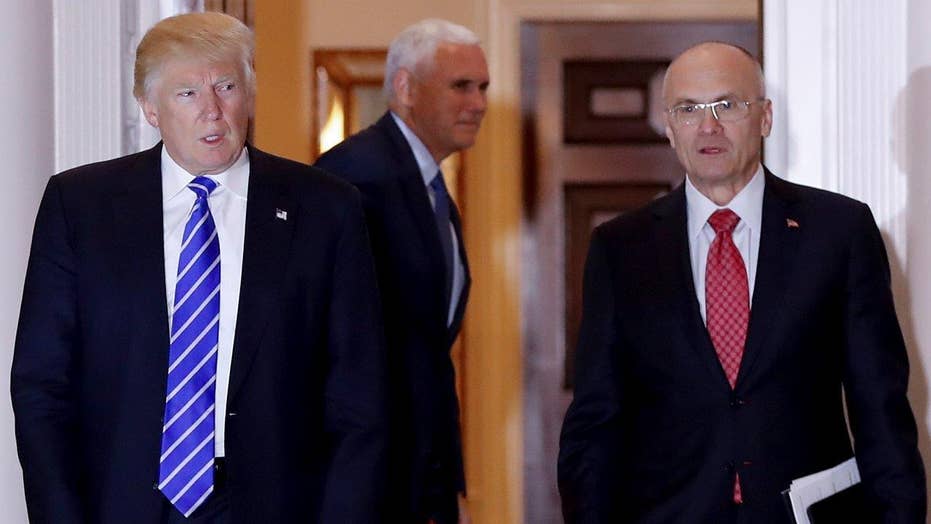 President Donald Trump’s inaugural address mentioned the “carnage” taking place in American inner cities. This followed his recent criticism of Georgia Rep. John Lewis’s Atlanta district as “in horrible shape and falling apart.” Though taken as a whole these comments may be exaggerations, his spotlight on the continuing plight of American urban centers is fair game.

In many ways Atlanta is booming. But the cranes that dot the city’s skyline also obscure its serious problems that Trump has shined a light on. According to the most recent data from the U.S. Census Bureau, the city’s youth unemployment rate is 40 percent, and its black unemployment rate is 19 percent. More than one in five residents live below the official poverty line.

It is unclear how much of the blame for this poverty and lack of opportunity can be laid at Congressman Lewis’s feet. In too many urban centers across the country, there are too few opportunities for young and minority jobseekers. In many ways, the situation is worse now than when I was growing up in Atlanta in the 1970s.

Poverty and lack of opportunity have led to a recent surge in violent crime. According to the Major Cities Chiefs Association, violent crime is up significantly in major cities nationwide. Atlanta’s murder rate increased by over 25 percent between mid-2016 and mid-2015, and the city is now one of the country’s top 25 murder capitals. Increased crime chases away existing business activity, further reducing job opportunities.

To end this vicious cycle, legislators must relentlessly pursue policies that foster business and job creation. Yet in Atlanta and other major cities nationwide, the prospects of achieving such an agenda at the local level are slim. But there are encouraging signs at the federal level.

Consider Andy Puzder, who is the labor secretary nominee. Puzder not only understands how job opportunities are created, but also has actually created thousands of jobs as CEO of CKE Restaurants, which owns Carl’s Jr. and Hardee’s. The Senate should quickly confirm him so that he can get to work fostering a climate of job creation that is so desperately needed in the forgotten neighborhoods of major cities.

Puzder could address urban blight by eliminating and speaking out against the burdensome, unnecessary, or duplicative labor regulations that make it more expensive to do business and hire jobseekers. He could start by killing the previous labor department’s overtime rule, which would require businesses to pay their salaried managers overtime pay if they earn less than $47,500 annually.

The overtime regulation – like many similar new and proposed labor regulations – would have economic and societal consequences because it would reduce good job opportunities.

Why? Because business owners rely heavily on their store managers, who are offered flexibility (say to leave work to pick up kids from school) in return for the understanding that they will stay until the job gets done. Usually, these jobs also come with other bonuses, benefits, perks, and prestige that aren’t reflected in a base salary.

If allowed to take effect, the overtime rule would increase labor costs, which would force business owners to reclassify salaried managers as hourly employees, reduce middle-class, middle-management job opportunities, and upend the longstanding, mutually beneficial relationship between owners and manager. In November, a federal judge issued a temporary injunction against the rule. Puzder could eliminate it for good.

Puzder has a unique opportunity because he has seen first-hand as CEO of a company with 3,000 domestic franchisees that employ over 75,000 Americans how bad regulations reduce employment and business creation. Urban centers starved for job opportunities need a labor secretary like Puzder who has been in the job creation trenches not the labor economics ivory tower.

I grew up in Atlanta's historic Old Fourth Ward. It is the same neighborhood that gave America, and the world, Dr. Martin Luther King Jr.

If we are to achieve Dr. King's dream we need a vision for economic growth and empowerment in our urban centers. I trust Andy Puzder to promote the policies that make these attainable.

Lt. Col. (ret.) Allen West is president and CEO of The Hope Center, a 501(c)(3) collaborative hub of Christian ministries making a global impact for God’s Kingdom. It serves as a center point for Christian activity and ministry in North Texas, providing professional resources, ideas, mentoring and training to empower ministries to magnify their reach. Lt. Col. West is a combat veteran, former member of the U.S. Congress, an author and speaker, and chair of the Texas GOP.