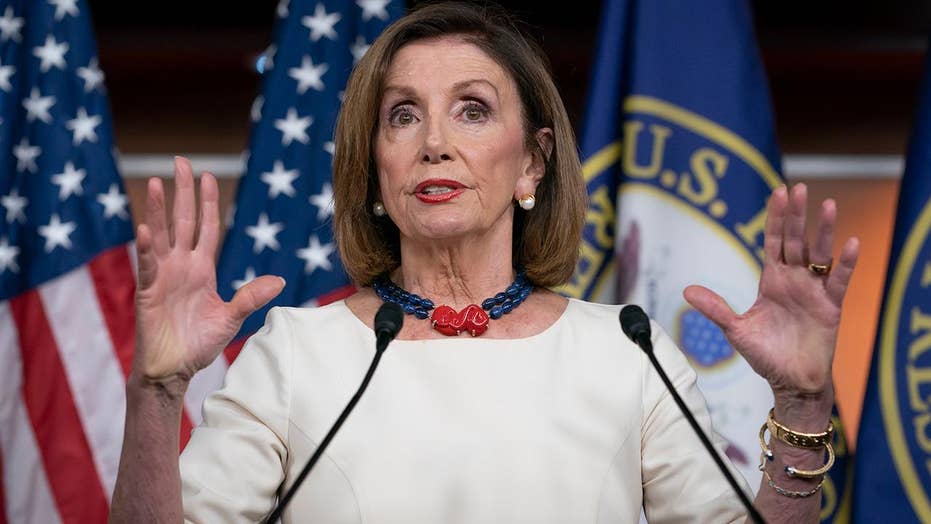 We are watching a public execution.

Fueled with prejudice and injustice it should disgust all who still hold onto the faint belief that truth and the rule of law still count for something.

Pushed by Speaker Nancy Pelosi and her political vigilantes, the move to impeach a sitting president this week for things that never happened – a “quid” without a “pro quo” – insults our Constitution and subjects America to well-deserved ridicule from the rest of the planet.

The assault by a Democratic speaker on a president she abhors was so transparent she indicted him before seeing any evidence, smeared him before hearing any proof, then executed him in the press without any concern for due process.

It all reminds one of Alice in Wonderland, where the Queen corrected the King’s sense of jurisprudence when she insisted “no, no…sentence first – verdict afterword.”

And just when we thought we had seen the final episode of “House of Cards.”

Here’s what we know.

Our president called Ukraine’s president to congratulate him on his party’s parliamentary victory. That’s what leaders do when other leaders have a good day.

There was no quid pro quo, no trading of promised military aid for political help, no pressure or demand that Ukraine act – or else!

During that call, confirmed by release of the transcript of that conversation, the president briefly referenced the dropped investigation of Hunter Biden, Joe Biden’s son, over allegations the vice president may have unfairly influenced an investigation there, and further asked for help in learning more about how corruption from abroad threatened America’s electoral system.

There was no quid pro quo, no trading of promised military aid for political help, no pressure or demand that Ukraine act – or else!

The Democrats, even before knowing any of this, said Donald Trump is clearly guilty of the “high crimes and misdemeanors” standard for impeachment contained in Article 1, Section 2, of the United States Constitution.

His offense? He’s doing what he promised, by taking on a system that threatens the middle class, domestic tranquility and national security.

Donald Trump has led America to its best economic report card in decades.

At the same time, the president took on China for abusing trade, Venezuela for abusing its people, and “terrorist-central” Iran for bombing Saudi Arabia.

Pelosi and her henchmen didn’t want to hear any of that.

Instead, they promoted a political lynching they were denied when the 674-day Mueller investigation proved no wrongdoing and the Kavanaugh nomination was approved. Choreographed for effect, they went ballistic over an allegation without waiting to see it, read it or vet it, as if facts and evidence were some inconvenience, some technical points to be addressed later.

If the Democrats’ assault on the president goes unchallenged, there will be more investigations, more political witch hunts, and more impeachments. If you don’t like something, investigate. If you don’t agree with someone, accuse. If all that fails, call for impeachment.

This is rich, coming from a Congress whose approval ratings are at historic lows, from partisans whose electoral futures are in doubt, and from a House speaker so uncertain about her standing among Democrats she’s willing to gamble, risk it all, to take out a president before the people of America weigh in next year wielding their most powerful weapon: the right to vote.

More than ever, the American people want to impeach everyone responsible for putting their survival over ours.