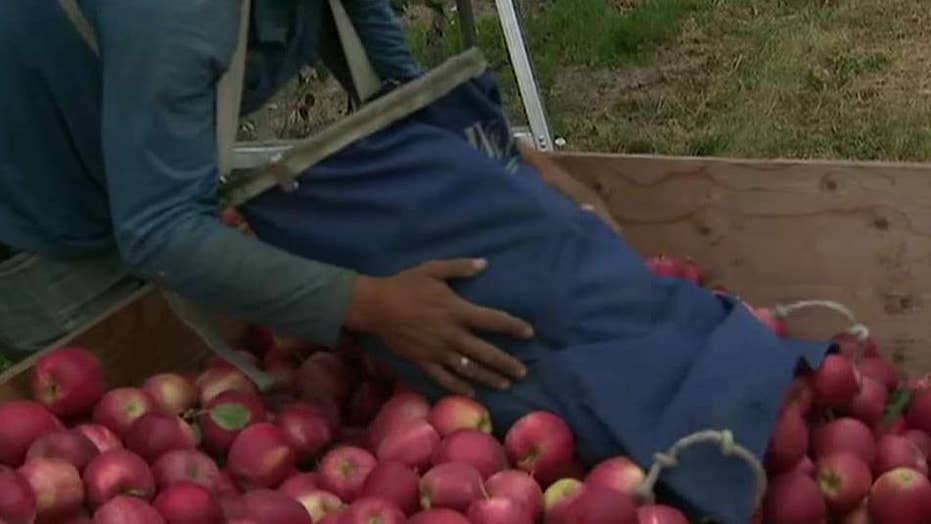 Christmas is days away, and if your wish list included sensible bipartisan immigration legislation – then Christmas has come early.

On Dec. 11, the House passed 260-165, the bipartisan Farm Workforce Modernization Act. The bill allows undocumented farmworkers to make restitution and earn access to legal status, establishes a new legal immigration system for the sector, and requires all agriculture employers to implement a reformed “E-Verify” program. Supporters hope the 34 GOP votes in favor carries some weight in the Senate, which is expected to take up the bill in late winter or early spring, as the Supreme Court decision on Deferred Action for Childhood Arrivals (DACA) nears.

The passage in the House is no small feat. The bill is the product of months of bipartisan negotiation and would provide an economic stimulus for rural America, where roughly 70 percent of immigrant farmworkers lack legal immigration status.

MARY ANNE MARSH: TRUMP, PELOSI AGREE! WHAT PART OF IMPEACHMENT DRAMA HAS THEM ON THE SAME SIDE?

President Trump once said that “our farmers deserve a government that serves their interests and empowers them to do the hard work that they love.” Passing the Farm Workforce Modernization Act would do both.

The bill makes our communities and our country safer, by enabling law enforcement officers to turn their focus solely toward bad actors – not workers supporting American farmers. And it provides for much stronger employee verification in the agricultural sector, which will lead to a stable, reliable and legal agricultural workforce.

To understand why this matters for our country, look no further than Twin Falls, Idaho.

If you’ve been watching any coverage from the presidential campaign trail, your vision of rural America might be one of joblessness, closed storefronts and consistent decline. But in Twin Falls that picture couldn’t be further from the truth.

The unemployment rate now sits below 3 percent and has dropped for 30 straight months. That puts Twin Falls ahead of the national unemployment rate and better off than big cities like Los Angeles and New York. The agricultural sector is flourishing, driven by factories of major food processors like Chobani and Clif Bar.  For the region’s economic success, the people of Twin Falls have immigrants to thank – they provide a critical number of farmworkers.

Immigration sweeps and an increase in deportations have left some farms understaffed. The Idaho Dairymen’s Association says it is struggling to fill new positions. And American-born workers have been less and less likely to take on these grueling agricultural jobs themselves.

Data from California, home to the nation’s largest agricultural workforce, warns that our broken immigration system is creating a labor crisis.

What’s happening in Idaho is happening elsewhere. Over the last decade, state-level immigration enforcement laws have cracked down on the agricultural community, severely impacting the agriculture industry. For example, a University of Georgia study found that House Bill 87, passed in April 2011, led to a loss of over $181 million in agricultural output due to labor shortages in less than a year.

Data from California, home to the nation’s largest agricultural workforce, warns that our broken immigration system is creating a labor crisis. Over the past five years, more than 40 percent of farmers have been unable to obtain the workers they needed, according to the California Farm Bureau.

And let’s be clear: this isn’t just about farms.

Economists have found that every high-value, labor-intensive farm job sustains two to three additional off-farm jobs. That means foreign food producers who are looking to outcompete the U.S. will only continue to gain market share in food production while adding thousands of their own farm-dependent jobs.

If we want to keep farms booming – and create a stable labor pool across all of rural America – we urgently need commonsense immigration reform that allows immigrant workers to contribute. That’s why Reps. Zoe Lofgren, D-Calif., and Dan Newhouse, R-Wash., and the dozens of co-sponsors deserve credit for introducing the Farm Workforce Modernization Act. And it’s why 34 Republicans and 226 Democrats deserve credit for passing the legislation this month.

Both immigrants and American-born farmers share the same values: faith, family, hard work and freedom. Now is the time to live up to our ideals and values, enforce our laws, and find a path forward that keeps rural America strong.

It’s time for the Senate to get to work.