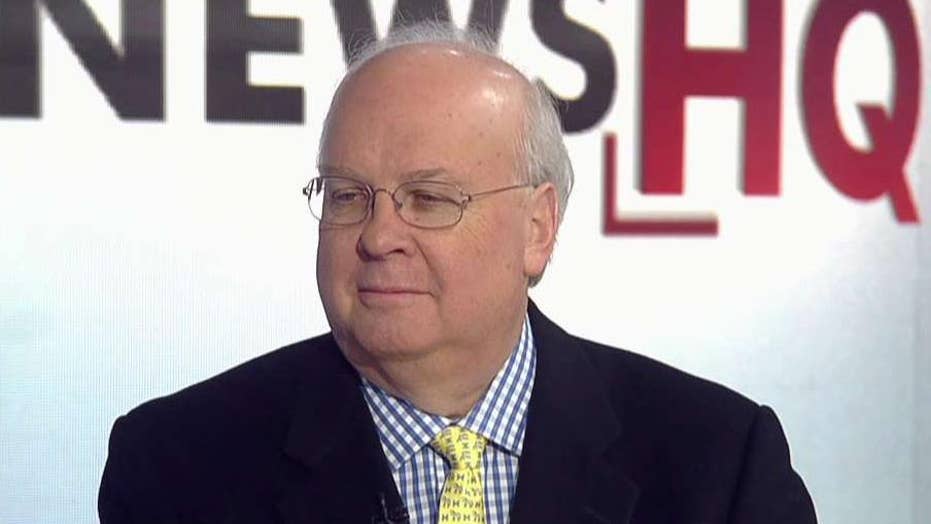 Rove: Pelosi has no constitutional role in the Senate so she's trying to create one

Nancy Pelosi wants a fair impeachment trial in the Senate … and Donald Trump is helping her get one.

Before the House voted to impeach Trump, Majority Leader Mitch McConnell announced that he would work in “total coordination” with the White House on the Senate trial. Immediately after the vote to impeach, Pelosi said she wouldn’t send the articles of impeachment to the Senate until she knew what kind of trial McConnell would conduct.

Pelosi rightfully wants to know the process McConnell is undertaking so she can determine how many House managers to send to make the case against Trump and whom. Like the master strategist she is, Pelosi wants to send her best lineup to argue for removal against McConnell’s team. That’s the right way to do it and it’s smart politics.

But, there’s more to it.

A fair trial would have witnesses, testimony, a presentation of the facts, and no predetermined outcome. That is what Pelosi wants in the Senate. By refusing to send the articles of impeachment, Pelosi is negotiating the terms the trial that will be conducted by McConnell and Senate Minority Leader Chuck Schumer. McConnell doesn’t want any of it. The shorter the trial the more McConnell can control the outcome.

But there is one person who wants a high-profile trial with witnesses, testimony and fanfare – Donald Trump.

Trump has repeatedly stated that he wants to be vindicated. That means a proceeding looking more like the O.J. Simpson trial than what McConnell has planned in the Senate. Trump wants a parade of his witnesses who would clear him of any wrongdoing and attest to his perfect call to the president of Ukraine. He wants to call former Vice President Joe Biden and his son Hunter, Congressman Adam Schiff, who led the impeachment inquiry, the whistleblower who started it all, and more – all in an attempt to secure vindication while embarrassing Democrats.

That is the last thing McConnell wants. He knows a Trump trial would not only be more likely to lead to the president’s removal from office but it would also create a political nightmare for Republican senators, especially the 20 up for re-election, which includes McConnell and Lindsey Graham. The GOP would not only lose control of such a trial, but they would also likely lose the case and then the election in November.

By refusing to send the articles of impeachment to the Senate, Pelosi is denying Trump the vindication he seeks. It puts him in political purgatory.

That’s why McConnell so quickly rejected Schumer’s request for four Trump administration witnesses: Acting Chief of Staff Mick Mulvaney, his adviser Robert Blair, former National Security Adviser John Bolton, and Michael Duffey of the Office of Management and Budget, all of whom have knowledge regarding the White House’s withholding of military aid to Ukraine.

By refusing to send the articles of impeachment to the Senate, Pelosi is denying Trump the vindication he seeks. It puts him in political purgatory. That is unacceptable to the president and has made that known publicly and privately. But with a trial in limbo, Trump can’t get what he wants: people fighting to defend him.

And that’s where Trump is doing Nancy Pelosi’s work for her. The more Trump wants a real trial the more it helps Pelosi undercut McConnell’s effort to stop it.

Trump’s base also wants a trial with witnesses because that’s what the president wants. And the more calls for a trial with witnesses the more the American people want one too.  A Morning Consult poll released Friday showed that 54 percent of voters want the Senate to call additional witnesses while only 27 percent said it wasn’t necessary. Half of Independent voters support more witnesses and even Republicans were split on it.

McConnell said in an interview that having witnesses would turn the trial into “a kind of mutually assured destruction,” hurting the president and GOP senators in tough re-election fights. But those senators don’t want a sham trial because voters will punish them for it. If those senators seek a fair trial with witnesses, they’ll be listened to. It takes just 51 votes to do it and only three Republican senators are necessary to make it happen.

As we head into the holidays, with Trump on vacation for two weeks in Mar-a-Lago, the public pressure will continue to mount for a trial with witnesses and Trump will be leading the charge. The temptation to make his case will be too great to ignore. So, with time on his hands and his Twitter account at his fingertips, Trump will continue to demand a trial with witnesses.

Mary Anne Marsh is a Democratic political analyst and a principal at Dewey Square Group in Boston where she provides strategic counsel for Fortune 100 companies, non-profits and political campaigns.
ADVERTISEMENT