Ukraine by the numbers: Refugees top 3.3 million as war continues

While Russia continues to attack civilian areas and fire projectiles at residential areas in Ukraine, it has sparked the largest humanitarian disaster in Europe since World War II. It’s already estimated that one million Ukrainians have fled the country, with more on the way.

In response, the White House has asked Congress to authorize $10 billion in humanitarian, economic and security assistance, $5 billion of which would be allocated to the State Department and the U.S. Agency for International Development (USAID) to help Ukraine and allies in the region. As Congress works to allocate funds, particular attention should be paid to supporting some of the development actors who have been proven most effective – local and faith-based organizations.

A child sits on a bed in a room hosted by the local Free Christian Church, for those fleeing Ukraine, in the village of Uszka, Hungary, on March 3, 2022.  (AP Photo/Anna Szilagyi)

Ukrainian churches are already on the front lines responding to the immediate needs of people within the country, and congregations around the world are funneling support to churches and organizations in Ukraine. Christian humanitarian aid organization Samaritan’s Purse is also sending aid and deploying five field hospitals. Other organizations, are sending resources and staff to assist Ukrainian refugees who have fled to Poland.

PRESIDENT BIDEN, GIVE UKRAINE THE AID THEY NEED – NOW

Religious communities in the United States and in impacted countries are asking and answering the same vital questions as Congress: What do you need, and how can we help? 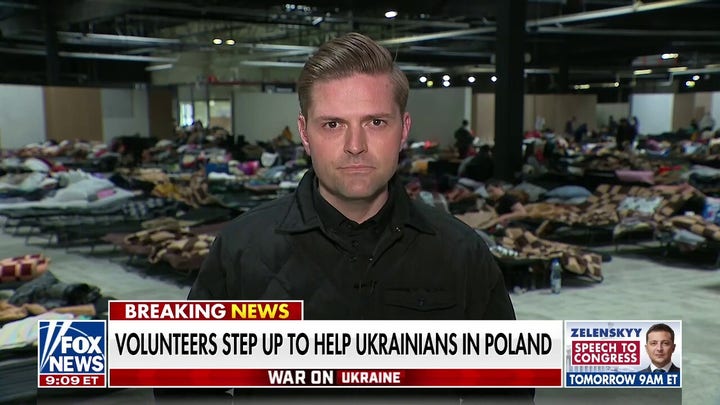 The positive impact of local and faith-based organizations on humanitarian response is tried and true. Over the past 10 months, a team of researchers at Regent University and Family Research Council have studied the relationship between religious freedom and international development. The resulting report to be released soon highlights the profoundly positive role faith-based organizations play responding to crises and fostering human flourishing. They need only to be given the space to do so.

Faith-based organizations are often the first responders to any humanitarian disaster.

Faith-based organizations are often the first responders to any humanitarian disaster, have tremendous influence within effected populations, and produce positive outcomes at a lower cost over a longer period of time than many other development actors. Faith-based organizations can respond quickly as they already have relationships, and most importantly, trust, on the ground. For most of the United Nation’s sustainable development goals, faith-based actors make serious, positive and long-term progress, often at a lower cost than their non-faith-based counterparts.

If Congress wants to get the most bang for their buck when it comes to humanitarian aid for Ukrainian victims of the Russian invasion, serious consideration should be given to establishing something along the lines of the New Partnership Initiative (NPI) that USAID launched to address the humanitarian crisis caused by ISIS’ genocide against Yazidis, Christians, and other minorities in Iraq.

Ukrainian refugees queue for food in the welcome area after their arrival at the main train station in Berlin. (AP Photo/Michael Sohn, File)

The purpose of NPI was to equip and empower local and faith-based actors, who are able to offer smart, targeted, sustainable development assistance to their effected communities. Our research demonstrates that the NPI made important contributions, developing a process that was easy for faith-based actors to use.

In the face of Vladimir Putin’s war of aggression in Ukraine, Congress should create a robustly resourced program built along the lines of NPI, with funds set aside within the forthcoming humanitarian aid package. This would direct USAID to partner with faith-based organizations, especially those with strong local ties in effected countries. 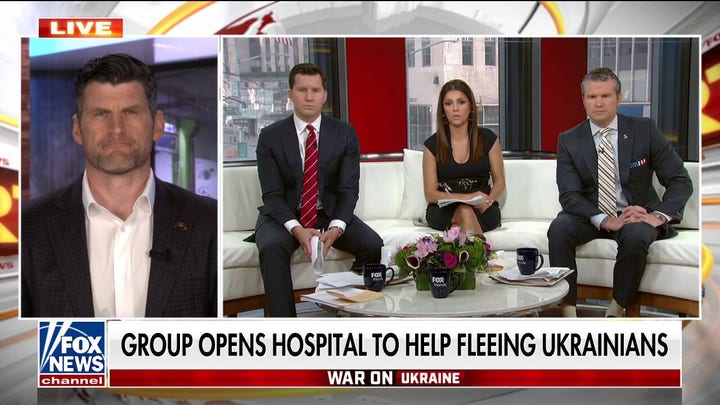 The NPI model of fast, flexible funding is ideally suited to partner with many of the organizations that are already springing into action to respond to this crisis. Secular and foreign organizations should certainly not be excluded from receiving funds. However, it is all too easy for the State Department and USAID bureaucracy to overlook religious and local organizations if not explicitly required to include them.

Working with local and religious groups is especially important as the danger to Ukrainian religious communities in the event that Russia occupies control over any territory is grave. Human rights expert Tina Ramirez said, "If Ukraine falls, it will be a complete religious freedom catastrophe for countless faith communities. For evidence, we need look no further than what is already the case in Russia itself and in the Russia-controlled Ukraine regions Luhansk and Donetsk." 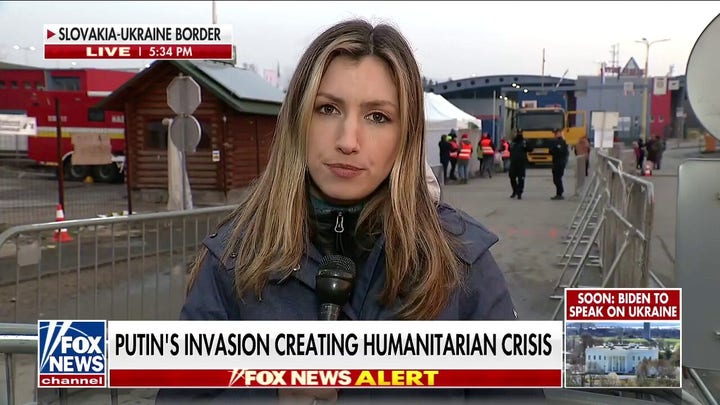 The need to reconstruct Ukrainian churches and religious institutions following the conflict is already evident. Russian missiles have struck Assumption Cathedral in Kharkiv and the Babyn Yar Holocaust Memorial in Kyiv.

As Putin’s unprovoked invasion escalates into an increasingly brutal and indiscriminate campaign of attacks on civilians, the humanitarian crisis will grow exponentially worse, and faith-based development actors will remain on the front lines. If Congress wants to maximize its ability to meet the needs of those suffering from the war, the forthcoming aid package must prioritize partnering with these groups.

Arielle Del Turco is the assistant director of the Center for Religious Liberty at Family Research Council.