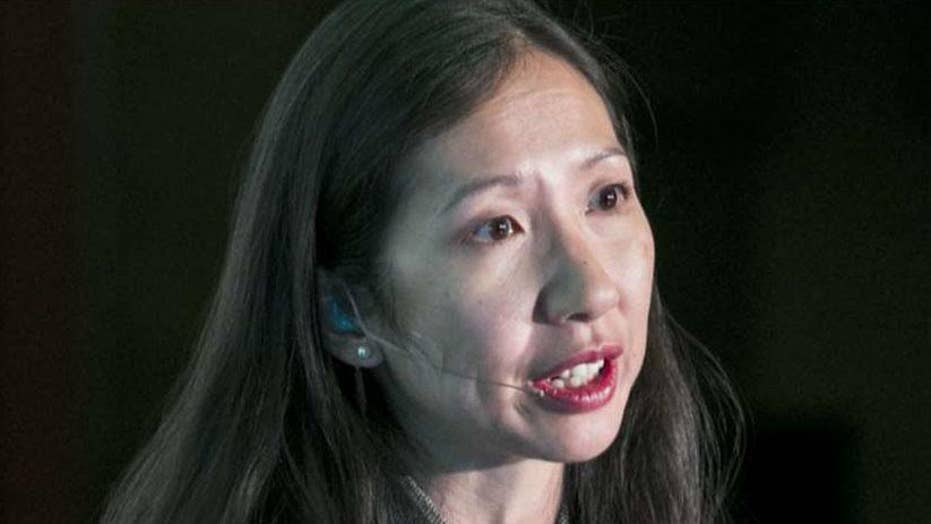 In an age where medical progress has enabled premature babies as tiny as 21 weeks and four days gestation to survive -- and thrive -- outside the womb, babies are being born alive following botched abortions in the United States and left to die.

Many individuals, legislators, and so-called women’s rights groups are turning a blind eye. Imagine just for a second seeing a baby who was supposed to be aborted struggling to breathe after delivery. What would you do?

State Departments of Health in just three states reported that 40 babies have been born alive during botched abortions since 2016. But that’s only three states. The number is likely far more. The Susan B. Anthony List has over 270 documented cases of babies born alive after abortions. Why aren't we hearing more about this?

I was the director at Planned Parenthood in Bryant, Texas, working there for eight years and eventually leaving in 2009. Since my clinic didn’t abort babies up to viability, I never saw babies born alive; however, the largest abortion clinic in the nation was being built in Houston, Texas during my tenure, which would perform abortions on babies up to 24 weeks. I started to seriously question my stance on abortion during that time.

Former Registered Nurse and whistleblower, Jill Stanek, worked at Christ Hospital in Illinois and reported that between 1995-2000, anywhere between 11-26 babies were born alive and left to die. Administrators at the hospital told the Chicago Sun-Times in 2001 that 10 to 20 percent of babies with genetic defects were born alive following abortions.

She told her story to a national news audience after she held a baby born at 21 weeks who another nurse was bringing to a soiled utility room to let die by himself. Jill stepped in to hold the infant until it passed.

Planned Parenthood and the abortion industry likes to turn a blind eye to babies born alive after botched abortions because the scenarios are rightly gruesome and cruel -- and late-term abortions are profitable, often costing thousands of dollars. The baby suffers, the mother suffers, the abortion workers who are forced to deal with a baby who should not be there, suffer.

It’s no exaggeration to say babies are aborted close to birth and they are born alive.

What happens to these babies who are born alive and left to die without medical intervention is horrific.

Once the baby is born, he/she will struggle to breathe. The baby will instinctively try to cry as he/she is cold, shocked, and struggling. As the baby tries to breathe, its small, underdeveloped lungs will be failing. Eventually, after minutes, or up to hours, the baby's lungs will begin to collapse on themselves, causing a slow death. While this is happening, the baby will either be thrown into a bucket until the crying stops or placed on a cold counter. Alone. Naked.

This is not health care. Leaving a baby to die alone, without medical intervention because his or her fate was never meant to include life, is the opposite of health care.

Yet, through laws passed in New York, Vermont, Virginia, and elsewhere that allow abortion up to the moment of birth, this is the "choice" that so many legislators have voted to protect. The New York late-term abortion law in particular specifically revoked care to babies born alive after abortion. By supporting these laws, lawmakers have turned their backs on these innocent babies.

Planned Parenthood and the abortion industry likes to turn a blind eye to babies born alive after botched abortions because the scenarios are rightly gruesome and cruel -- and late-term abortions are profitable, often costing thousands of dollars. The baby suffers, the mother suffers, the abortion workers who are forced to deal with a baby who should not be there, suffer.

While this may sound difficult to believe, it is true. The facts about babies born alive after induced terminations aren’t coming from a pro-life organization. The numbers are reported through state health departments or through the National Centers for Disease Control.

The CDC has released numbers that showed 143 infants born alive after induced terminations that died over the course of 14 years. But the CDC admits that the number is likely low given reporting requirements.

Reporting requirements are essential for overseeing the abortion industry. This is an industry that consistently fails state health inspections yet continues to stay in business.

The abortion industry is failing to care for women in all aspects of their business -- and abortion is a business, make no mistake.

The numbers of babies born alive after abortions will only rise. With abortion limits being completely wiped away through laws recently passed in states like New York and Vermont, is it any wonder that we are learning that babies are born alive and left to die after abortions?

There will no doubt be more Kermit Gosnells, the infamous abortion doctor in Philadelphia who delivered babies born alive after botched abortions and killed them himself by snipping their spinal cords.

As our nation pushes the limits of late-term abortion, we can expect to see more babies being born alive after botched abortions. Who will be the voices for these babies left alone to die?

While legislators have an obligation to stand up for and protect those who cannot protect themselves, laws can only go so far.

When New York legislated that abortion would be legal up until birth, the public paid attention. A Marist poll one month after the New York law showed a 15 point increase in the number of Americans who believed abortion should be limited to the first three months of pregnancy.

Perhaps more dramatically there was a shift of Democrats who self-identified as pro-life and pro-choice - that number swung 14 points in favor of the pro-life position and the same in a decrease for the pro-choice position.

Babies being born alive after abortions is shocking, and it should be. But the public needs to know about this terrible outcome. The abortion industry doesn’t want you to know the statistics.

The only conclusion I can make is that it is dead set against women and their families -- the very people they claim to empower.

Abby Johnson is the director of And Then There Were None, which helps abortion workers leave their jobs and find life-affirming ones. She’s also the author of “Unplanned”, which has been made into a feature film of the same name and will be released in theaters this Spring.