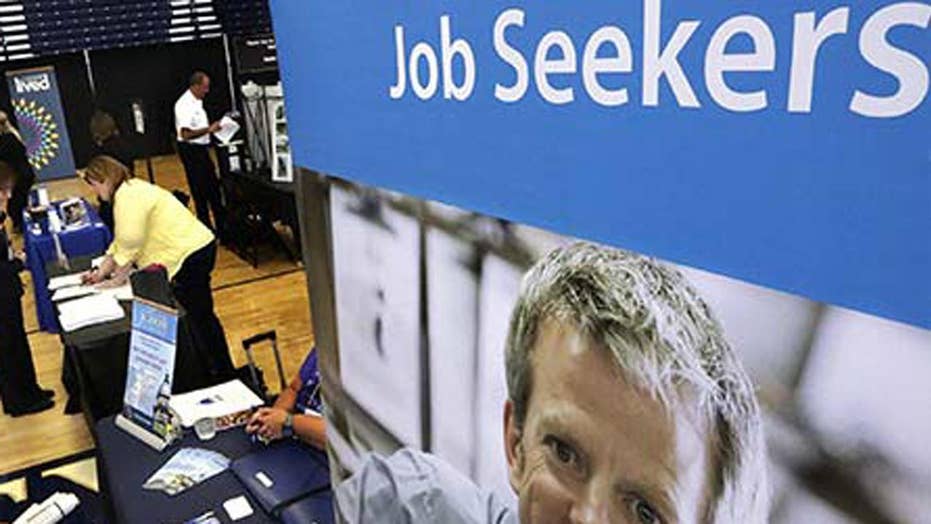 As Washington debates what actions to take to rev up economic growth, the free-market private sector, which waits for no one, is witnessing the beginning of a new trend.

For a decade, America has been a tale of two economies: a strong one for skilled workers and a worrisome, poor one for workers without skills.  The gap, however, is now diminishing, as low unemployment, rising expectations and economic reality are causing a recruitment war to begin, a war that’s good for workers, including those with no skills.

I hear it from employers across the country – if they don’t raise wages, offer more opportunities for training and career advancement or improve their work environments, they can’t keep their workforce.

At long last, the marketplace is shifting from an employers’ market to a workers’ market.  The implications run deep.

Up until now, times have been tough and wages have been low for workers who don’t have a college degree or any specialized form of training.  The growing number of able-bodied, prime working-age people who have left the workforce is the underbelly of our economy.  Many men, especially blue collar workers who lost their jobs years ago, have abandoned their hopes of finding a new one.  It’s part of the reason why the labor force participation rate is so low.

But as the recruitment war takes off and wages rise, there is evidence already that these unskilled workers will respond and jump into the workforce in greater numbers. The labor force participation rate dropped steadily for the last fourteen years, bottoming out in September 2015 at 62.4%.  It’s risen now to 63.0%.   Society can’t give up on these people, and these would-be workers can’t give up on themselves.

Across the board, wage growth has been low until now, despite the drop in unemployment from 10 percent in 2009 to 4.5 percent today. According to the Bureau of Labor Statistics, real weekly earnings for the median full-time worker increased just over 1 percent from 2009 to 2016.

Despite the drop in unemployment, the fact that wages were essentially flat for 10 years contributed to the public sense that there was something wrong with the economy.  It’s a big reason many blue-collar workers and high school educated Americans were drawn to President Trump’s promise last year to make America great again.

But now, ask virtually any business owner or manager and they’ll tell you it’s getting harder for them to find people to fill the jobs they have available.

Janis Petrini, who owns an Express Employment Professionals office in Michigan, told me that unemployment in the western area of her state is running at 3 percent. Employers have jobs available for anyone willing to work, but employers are finding it hard to grow because they can’t find enough help.

In Huntsville, Alabama, the local Express office recently paid unskilled workers between $9-$11 an hour, but they’re finding now that if they don’t pay $12/hour, people won’t accept jobs and turnover is too high.

Stories like this are increasingly common in all regions of the United States and across large numbers of business sectors.  At long last, the drop in unemployment has led to a tightening of labor markets at the same time that consumer sentiment and business optimism are rising.  The result will be rising wages, otherwise businesses won’t be able to keep a qualified workforce.

It’s not just wages that I expect to rise.  Workers tell us all the time they want a job that provides a culture and an environment they enjoy.  Young workers want flexibility to work from home or to work non-traditional hours.  Business leaders who inspire their workforce and offer chances for career advancement tend to retain workers, while those who don’t will find that their workforce will accept pay raises from competitors.

Since the Great Recession, American businesses have been cautious.  The hangover of the recession, combined with the federal government’s high tax and increased regulatory response to many policies, put a wet blanket over economic growth, all of which contributed to low wage growth.

But a corner has been turned.

Businesses are now recognizing that there is a growing fierce competition for labor.

As the business cycle turns and the recruitment war heats up, workers will be the big winners, whether Washington acts or not.

Bob Funk is the CEO of Express Employment Professionals – a nationwide staffing company.