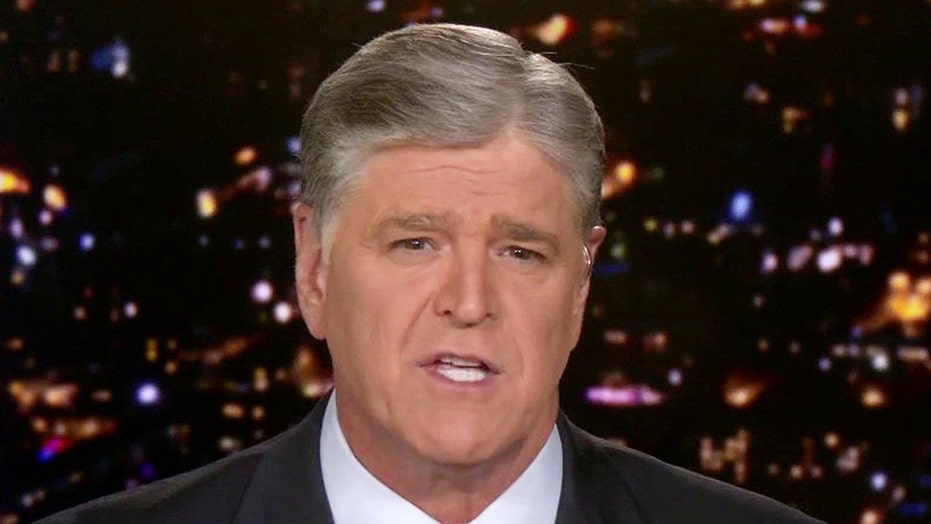 Sean Hannity, author of the new book 'Live Free Or Die: America (and the World) on the Brink,' joins 'The Brian Kilmeade Show' on Fox News Radio.

Sean Hannity and I have been friends for 30 years. I think of him as a younger, dramatically more successful brother.

In a sense, we both grew up together. I was elected Speaker of the House in November 1994, just as his new radio career was starting to take off.

We had immediate camaraderie. We knew we shared the same values — freedom, integrity, love for the Constitution and love for America.

It is no surprise to me that Sean has become one of the most influential voices in conservative talk radio and one of the most-watched shows on Fox News. He is incredibly talented and intelligent, but more than that, he is always looking to learn and improve, no matter how much success he has achieved. And he is a true patriot.

Sean joins me on this week’s episode of my podcast “Newt’s World” to discuss his new and very important book, "Live Free or Die: America (and the World) on the Brink." I urge all Americans to get the book, which really helps explain what’s at stake in this year’s election.

But I think Live Free or Die will also be around a long time beyond 2020, serving as a work to which historians will refer as they seek to understand this critical moment in American history.

Sean explains to me and in his book that, if the Democrats gain power and pursue their stated policies, then America will be irreparably harmed. In fact, the country that has served as a beacon of liberty and delivered unmatched prosperity to countless people will become unrecognizable.

I agree that this year’s presidential election is the most important since 1864. Despite what the propaganda news media claims, Joe Biden is no moderate: His agenda is radically left-wing, embracing the ideas of Sen. Bernie Sanders, I-Vt., and Rep. Alexandria Ocasio-Cortez, D-N.Y., on all issues, from economics to the environment.

Many of these ideas have been tried before, either here or in other countries. The Democrats won’t be able to keep their utopian promises, each of which is unsustainable. We know that socialism has failed wherever it has been tried. And Democratic-run cities like Portland, Seattle and Chicago, among others, give a taste of the chaos and lack of law and order that would spread with Joe Biden in the White House, Rep. Nancy Pelosi, D-Calif., continuing as speaker of the House, and Sen. Chuck Schumer, D-N.Y., becoming the majority leader of the Senate.

Sean is so passionate about preserving the American project in part because he has lived the American dream. He grew up poor and never graduated from college because he didn’t have the money to finish. He worked odd jobs trying to support himself and struggled for some time. The point is that Sean wasn’t always the success that you know him as today.

But he was determined and resourceful. He had a strong set of morals and values, instilled by his parents and worked really hard. Nothing was handed to him — he seized opportunity.

I hope you will listen to this week’s episode, one of the most fun I’ve ever done, to appreciate how serious the 2020 election is. The liberty, security and happiness of our children and grandchildren are at stake. I also hope you will listen to learn about a personal, more intimate side of Sean that most people don’t see on television or hear on the radio.