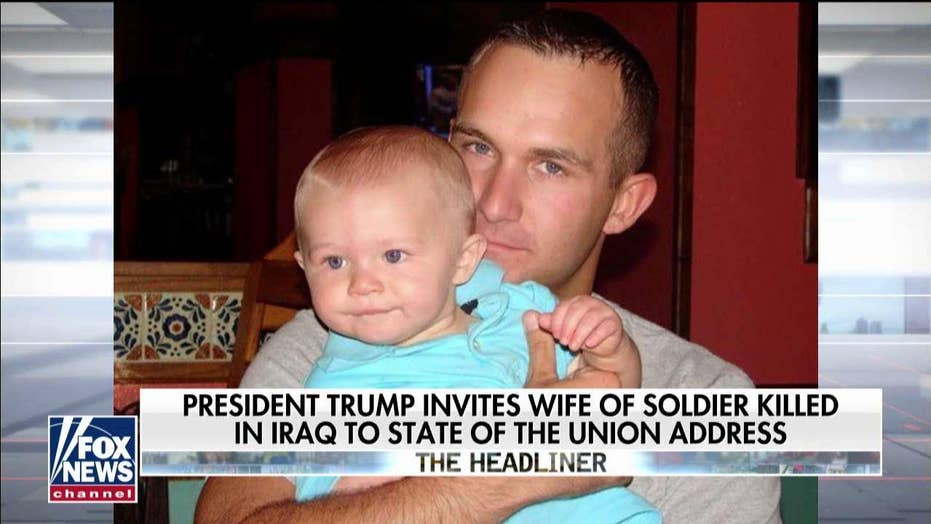 The wife and son of Army Staff Sgt. Christopher Hake, who was killed in 2008 by a roadside bomb in Iraq likely supplied by Iranian Gen. Qassem Soleimani, are calling for aid from lawmakers and the Department of Justice in their legal case against some of the banks that funded Soleimani's terror efforts.

Appearing on "America's Newsroom" with hosts Sandra Smith and Ed Henry, Kelli Hake and 13-year-old Gage said that terror law is being incorrectly interpreted by the court system.

"So, right now, we need help with the Congress and the Department of Justice to...help us to talk to the courts and have our backs and push this forward and to show that — have the courts interpret the terror law and how it should be," Kelli said. "Because right now it's not being interpreted the way that I believe it should have been.'

"Someone needs to tell everybody that we need help and we need other people's help with our lawsuit and everything. So, if I can be the one to talk, then I definitely want to do it," she stated, noting that any progress in the fight against Iranian-funded terror groups would help "thousands of gold star families and veterans."

Kelli and Gage – who was just 1 year old when his father died while on patrol – were President Trump's guests at his third State of the Union address. The White House said they invited guests "from many walks of life" to represent the very best of America and people the world over." 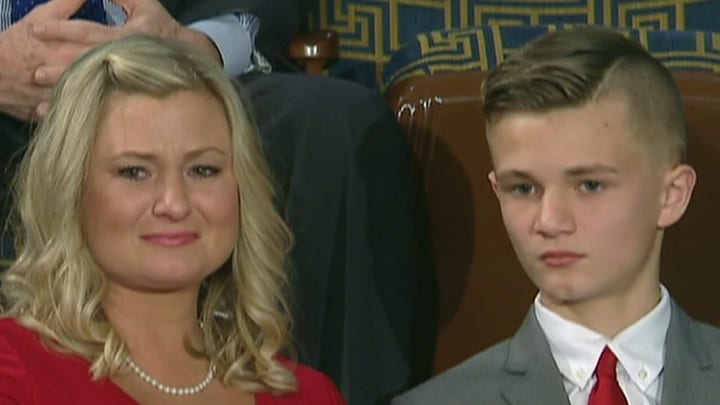 At one point in his speech, the president promised the Hakes: "Chris will live in our hearts forever."

"It was amazing. It was an honor to be there," Kelli said.

Gage said riding with the vice president was a "breathtaking" experience.

The 13-year-old also said he hopes to be in the Secret Service someday. Why?

"Maybe, just [to] make my dad proud," he told the "Newsroom" hosts. "Maybe I'll get to be in service like he was."