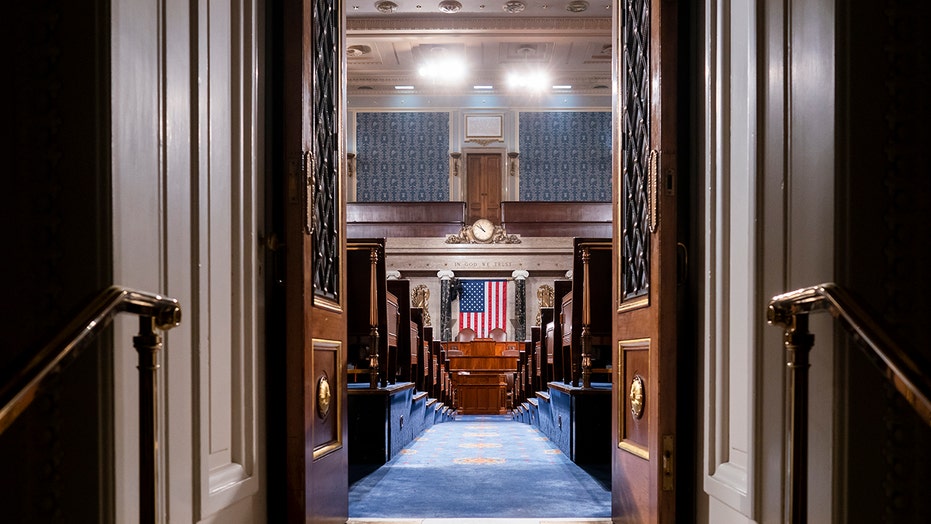 White House speechwriters are putting the final touches on President Trump's State of the Union address; Kevin Corke has a preview of the topics and special guests.

A top border patrol agent and the brother of a man who was killed by an undocumented immigrant on a crime spree will be among President Trump’s State of the Union guests Tuesday in a nod his tough immigration policies.

Deputy Chief Raul Ortiz of Del Rio, Texas, will sit with first lady Melania Trump in the House gallery for Trump's third address. In 2019, Ortiz became in charge of Border Patrol operations for 210 miles of the southern border.

He’ll be joined by Jody Jones of Farmersville, Calif., whose oldest brother, Rocky, was shot and killed in 2018 by an illegal immigrant who went on a reign of terror crime spree in Tulare County.

The White House says California’s sanctuary state policy allowed the killer -- with a long criminal history and previous deportation orders -- to be released from jail. Jones has called for tougher laws in California.

"They do not care anymore,” Jones said in 2018, according to yourcentralvalley.com. “They don’t care if they’re carrying a gun, get caught. Nothing’s gonna happen to 'em. Six months in jail. They go to prison for six months. They don’t care. They do not care. It’s nothing to them."

WHO IS GRETCHEN WHITMER? MICHIGAN GOVERNOR TAPPED BY DEMS FOR STATE OF THE UNION RESPONSE

State of the Union guests often become part of the president’s speech to highlight a policy victory or a needed change. In 2018, Trump honored the grieving parents of young teens who were killed in New York by MS-13 gang members and called on Congress to pass his hardline immigration proposals.

This year, to emphasize the killing of Iranian Gen. Qassem Soleimani, Trump has invited the wife and son of Army Staff Sgt. Christopher Hake, who was killed in 2008 by a roadside bomb in Iraq supplied by Soleimani.

Gage Hake was just 1 year old when his father died while on patrol. President Trump is expected to tout his order to take out Soleimani on Jan. 3.

“From brave military families to hardworking local leaders, this year’s guests come from many walks of life. Each one represents the very best of America and people the world over,” the White House said in a statement.

The president has also invited two veterans who have benefited from the Opportunity Zone provision of the Tax Cuts and Jobs Act of 2017 to highlight investments in lower-income neighborhoods.

Paul Morrow is building a new concrete plant in Montgomery, Ala., to support new F-35 jets stationed in the region. Tony Rankins of Cincinnati got a job in an Opportunity Zone, which he credits with helping him turn around his life and overcoming addiction.

-- Robin and Ellie Schneider from Kansas City, Mo. Ellie was born at just 21 weeks and is now a thriving 2-year-old.

-- Ivan Simonovis from Caracas, Venezuela, is a former police chief who was imprisoned for nearly 15 years by the Chavez and Maduro regime. He escaped in 2019 and now lives in Fort Lauderdale, Fla.

-- Stephanie and Janiyah Davis from Philadelphia. Stephanie, a single mother, wants school choice legislation to pass her state to help her fourth-grade daughter get out of low-performing schools.