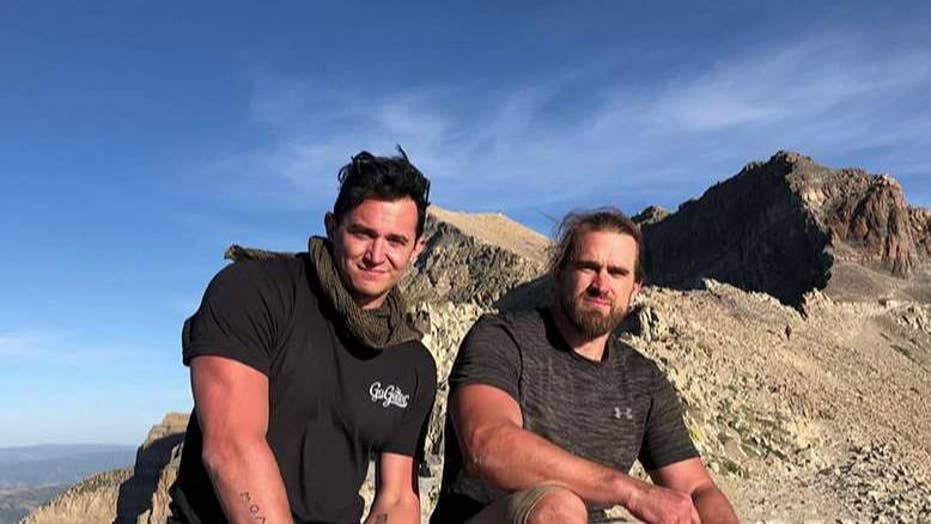 Disabled veteran carried up mountain by fellow Marine in Utah

When it comes to the U.S. Marines, one of their core beliefs is to leave no man behind.

That motto was on full display last week when retired Marine Sgt. John Nelson was caught on video carrying his friend and fellow Marine, Staff Sgt. Jonathon Blank, to the summit of Utah's Mount Timpanogos.

Blank lost his legs in an explosion in Afghanistan in 2010, with Nelson nearby when the blast occurred. The two, who served together on long-range reconnaissance missions, joined "Fox & Friends" Tuesday to detail the inspirational journey, which spanned 14 miles and 4,500 feet of elevation.

The sight of Nelson carrying Blank, who weighs about 135 pounds, on his back left two fellow hikers in awe and one shared the video on Facebook.

Phil Casper wrote, "They sought no special attention. The disabled vet said he weighed 135 lbs. They were committed to reach the summit. Having just exhausted myself to reach the summit with less than 5 lbs on my back, it was hard to fathom the drive that the pair possessed to achieve their goal. To have arrived where I met them was already an incredible accomplishment. It was a powerful and inspiring experience to see them on their way."

Nelson said he and Blank now plan to climb Mount Whitney, which is 14,500 feet high, in California on Veterans Day with other Marines assisting. He said he got the idea after helping a fellow Marine carry his mother, who suffers from MS, about halfway up the mountain.

"After that, basically, Jon was telling me he wanted to do it for five years, so Thursday I was like, 'Hey let's go climb Mount Timpanogos," he recalled.

Blank said he hopes that others may be inspired to push through their own limitations in life and emphasized the bond that U.S. service members share after they serve in combat together.

"I try to stay close with all of our platoon. We're all a band of brothers, we're so tight. They're my family," he said.