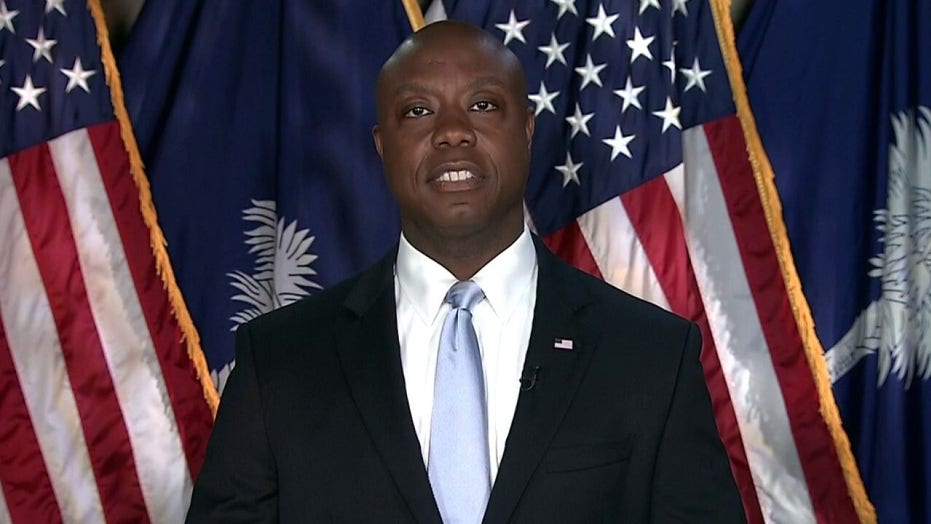 Scott, who is Black, declared the United States is not a racist country while noting he had encountered racism in his life. Some of it, he said, came from the left in the form of being called an "Uncle Tom," a derogatory phrase for Blacks who are viewed as too deferential to Whites.

His rhetoric infuriated some progressives, and Twitter placed "Uncle Tim" on its trending topics as more tweets relayed the insulting, racially charged play on his name. Among them was former MSNBC host Touré Neblett.

Conservatives erupted as it became clear Twitter was allowing a racially charged attack to appear on its "trending" section.

"Twitter is choosing to trend a racist attack from the left on Sen. Tim Scott," The Federalist's Mollie Hemingway tweeted. "Apparently they want him to suffer for the crime of upstaging Biden via a highly effective speech."

Black conservatives have often been on the receiving end of the insult, such as Supreme Court Justice Clarence Thomas, who was repeatedly referred to as "Uncle Clarence" by far-left MSNBC anchor Joy Reid last year.

Reid also referred to Scott as a token Black last month, claiming he was present at a press conference about opposition to the minimum wage to present the "patina of diversity."

Scott's speech was well-received on the right, with some commentators saying he had improved his political standing in a notoriously difficult speech to give.

MSNBC and CNN personalities pilloried Scott afterward, however, including left-wing anchor Nicolle Wallace, who said he spoke from a "planet where facts don't matter." She also falsely said Operation Warp Speed, which Scott touted during the speech, had nothing to do with the successful distribution of vaccines.